HomeFights12 years ago McGregor first gave up. After the battle, the Irishman cried. Video

12 years ago McGregor first gave up. After the battle, the Irishman cried. Video 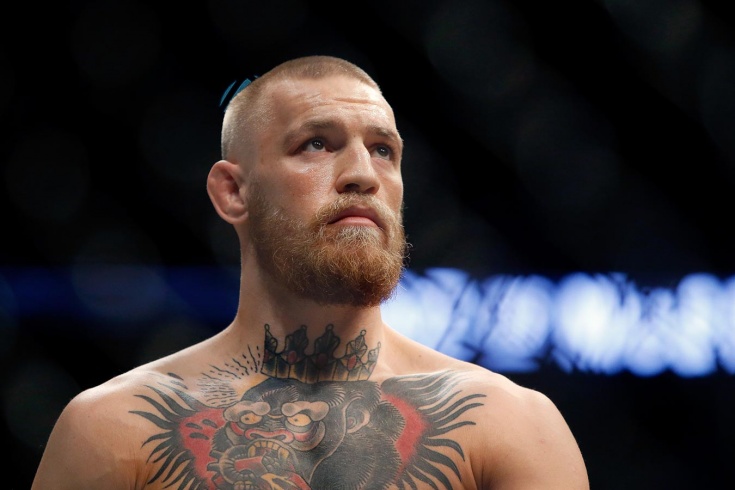 Dublin, Ireland. 28 June 2008. In a small room with poor lighting and a cell of unusual size is unimportant tournament on the mixed single combats of Cage of Truth 3, which involved the notorious John Kavanagh. The evening opens fights the fight of a native of Vilnius, with Russian roots Artemia Sitenkov and little-known 19-year-old boy named Conor McGregor.

At that time, the few spectators in the hall could not assume that will witness the historic event. That summer day Conor suffered the first defeat of his career, and, like all subsequent ones, it was early. But let’s not get ahead of ourselves.

McGregor started his professional career in mixed martial arts in March 2008, in the first fight he’s in just 8 seconds knocked out Gary Morris. Two months later he again appeared in the cell (the incredible frequency at the seams at present), and 66 seconds lost Mo Taylor. These successes in the arenas of the capital of Ireland has forced fans of MMA in Dublin to draw attention to a promising young man.

His third fight happened less than two months. Conor went to battle with the most experienced opponent in his career. If he fought only with newcomers to MMA, this time against him put Sitenkov Artemis, behind which was 9 fights in the pros, 5 of which ended in victories. So in essence McGregor passed the first serious test in mixed martial arts, but miserably failed, losing very quickly.

Lithuanian, basic wrestler and holds a black belt in judo, did not test your luck at the bar and almost immediately moved the fight to the ground. Here Conor tried to pull a more experienced opponent, and even told to target a few punches, but in the end, Sitenkov caught losing vigilance McGregor on painful reception the lever of a knee and forced him to surrender. The victory was spent just 69 seconds.

Sitenkov himself told in an interview Sports.ru “Immediately after the fight Conor my hand shook, he was crying. I’m not doing it, approached Cavanaugh and comforted him.”

Artemije also received a well-deserved € 500 and a souvenir bowl as a trophy for the victory. Agree, more than a modest reward for success in the confrontation with the future champion of UFC in two weight categories. In the future, the Lithuanian brought a series of victories to seven matches, but since 2010 his career has started to decline, and in 2012 it scored only one victory in ten games.

The last time a fighter appeared in the cell 15 April 2016 in the tournament World Fighting Championship Akhmat in Pavlodar (Kazakhstan). Then he unanimous decision lost to Shamil Iriskhanov. All the years of his career he spent 31 meeting, winning 15 times and losing 16 cases. After the presentations of Artemia left in the sport and owns two halls, including trains.

As for Conor, his story is perhaps known to many. After 2008, he lost three times and all three times ahead of schedule. In 2010, he lost to Joseph Duffy in 2016, his abuser was Nate Diaz, and in 2018 McGregor knocked in a fight with Habib Nurmagomedov.

But, despite these setbacks, Irish became the champion of UFC in two weight classes and became a star of world scale, what it will say about Sitenkov, which, most likely, will be remembered for only one resounding victory.