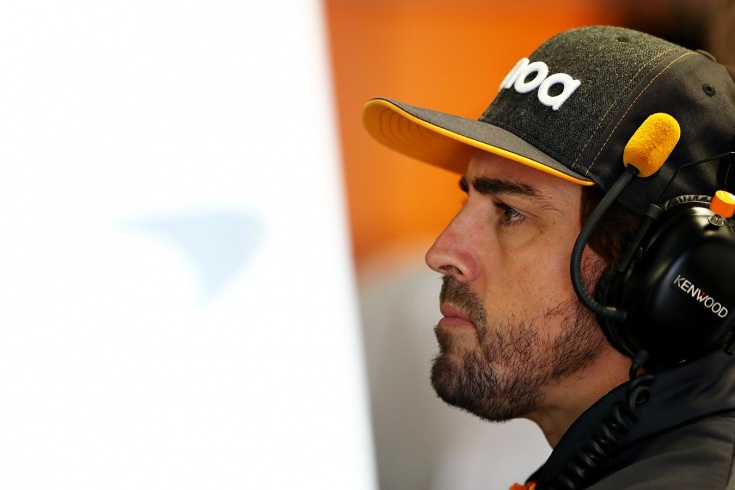 Team Renault announced the return of Fernando Alonso — the Spaniard will play for the French at least 2021 and 2022. Season in 2022, which will come into force the new technical regulations mentioned in the press release several times, so that the goal of the project is obvious: the best way to prepare for the transition to new chassis and achieve the maximum in conditions of more equal competition on the track. But to say — easier said than done, no one from failure is safe — especially Alonso, who is considered the champion for the wrong transfer decisions.

What do you need to avoid failure?

Not to quarrel with the team

The appearance of Alonso in the team is often accompanied by scandals and tension. So, “Honda” fundamentally refuses to work with the Spaniard after his unflattering comments about Japanese engines. Because of this, Fernando still not started for the second time in Indianapolis. If Alonso will criticize Renault with the same passion that had struck earlier in the “Honda” team can do to cover it up.

Factory team Renault returned to Formula 1 in 2016, and since it is not something that does not fight with the leaders — not even podiums. In recent years, increasingly heard the rumors that the company is ready to stop funding the team and thus get rid of her. Now, however, these problems are settled: the group promised to support in the next few years.

However, it should Alonso start to criticize the team and Renault will think: why pay a hundred million a year to get only criticism in the press? The command “Renault” has experienced coronaries and the departure of Hulkenberg in Hockenheim, but fatal to it can be the severity of her own racer.

To strengthen the team

Fernando Alonso with his experience and regalia has a great reputation in all the teams that played in them and becomes one of the key persons influencing decision-making. In addition, Alonso — brand, and under it is possible to attract more sponsors and to invite eminent engineers. Because under the leadership of Cirila Abiteboul Renault is marking time.

Adventure Abiteboul with the invitation of Riccardo became one of the biggest managerial blunders in recent years — a lot of money (on a lot of salary Dan) was simply thrown away. The arrival of Riccardo gave nothing to the team. And Abiteboul, who must be aware of the pace of development also had to understand that there is no star racer this car on the podium not drag, and therefore in the case of such expensive contracts would cost to protect themselves from too early withdrawal of the pilot. But all this was not, and Riccardo easy at the first opportunity jumped in “McLaren”.

Abiteboul doesn’t seem to know what it does, and under his leadership, Renault only fails in g with Red bull, care “McLaren” and Ricardo, the lack of progress in the results. Alonso may be the last chance of Siris to stay at the head of the team. And with the same probability, Fernando can be the one who will save the team from their supervisor.

In 2022, Fernando Alonso will celebrate 41 years — at this age over the last 50 years (!) won only one race, Formula 1 (Nigel Mansell won in Adelaide in 1994, after the collision of the two favorites). There were times when the stages were won and more senior pilots, but they all remained in the 50s and 60s.

Michael Schumacher returned to Formula 1 at 41 and raced to 43, but it was not the best years in the career of the legendary German. It is not even about winning (“Mercedes” was far from them), and that the seven-time world champion three years in a row I lost in the championship Nico Rosberg, who by that time was only a few seasons for “Williams”. Willi Weber, Manager of Michael Schumacher says his return in 2010 is a mistake.

The return of Alonso is also there are questions — in 2018, he left with the words that will return only in the composition of the top team. Fernando said that as a racer “the McLaren”. Now he comes to Renault — the team that loses the very “McLaren”, using similar engines.

If in 2021 Fernando will sit behind the wheel with the same mood that he had in the McLaren, collaboration, Renault will end with scandal. If the Spaniard will bite on your tongue and will work with the understanding that Renault is currently in a weak position, the chance of success is.

To take part in the poll by clicking this link.