HomeFightsA bulldozer knocked out his opponent and was hit by a wrestling appointment of a judge. Video

A bulldozer knocked out his opponent and was hit by a wrestling appointment of a judge. Video 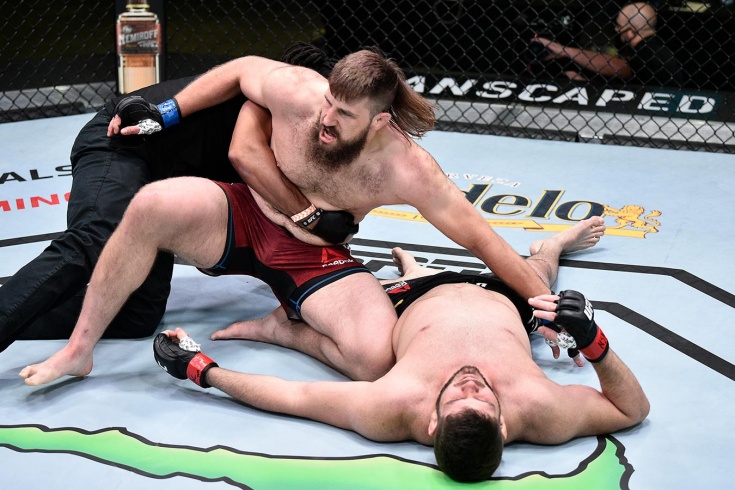 Because of the military actions in the octagon during the fight Dustin Parle – Dan hookerand emotional explanation of the relationship between Mike Perry and Mickey gall fans could not miss the bright opposition of slightly less than famous athletes on UFC Vegas 4.

One of these posters became the main card fight between heavyweights, released losers of their last fights. This former belt holder PFL Felipe Lins, not so long ago, who lost in his debut fight in the UFC Andrey Orlovskyshared the cage with Tanner Bostromin December 2019 can not cope with Sillem Gain.

Both were needed to win. And preferably by knockout: trumps slow athletes was the power in his fists, and the second defeat in a row led to the risk of dismissal from the promotion.

And “heavyweights” in the end did not disappoint! Initially taking a cautious fight in a rack, first decided to open it Boser: shaggy canadian lured Felipe at a comfortable distance and threw right overhead, which reached the goal and shook the opponent! Careless Lins staggered, and Tanner turned on “killer mode”: furious series he switched off the Brazilian, and then another, and drove a couple of severe blows to the head an unconscious fighter.

Special attention in the final battle scene deserves to be referee herb Dean. He quickly realized what had happened and intervened in time, using Bosera semblance of wrestling technique. How else should we deal with the soldier who lost his head from success, and rushed to finish already defeated opponent?

Interestingly, Boser very calmly reacted to one of the biggest wins of his career. Walking calmly in the octagon, the canadian raised his hand over the octagon and went to wait for the bonus for the best performance of the evening.

Not wait. $ 50 thousand was ceded to Kay Hansen and Julian Eros, leaving Tanner to settle for a bonus in the form of hundreds, and even thousands of new fans.