HomeХоккейA goal point that stopped an amazing game in the NHL. The emotions of the players, “Tampa Bay” (video)

A goal point that stopped an amazing game in the NHL. The emotions of the players, “Tampa Bay” (video) 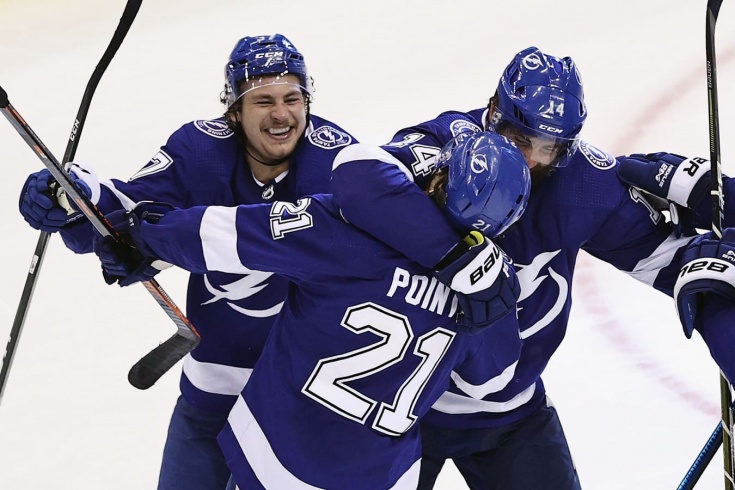 The opening match of the first round of the playoffs in the NHL Eastern conference between “the Columbus blue Jackets and Tampa Bay lightning” will forever remain in the memory of everyone who looked at this incredible meeting as a whole. The match, which began on August 11 in 22 hours Moscow time, ended on 12 August, when the clock was 04:23. Meeting “uniforms” and “lightning”, which lasted 150 minutes and 27 seconds, entered the top 4 of the longest in NHL history.

At some point, the representatives of the League are desperate to wait for the completion of the meeting and took the decision to postpone the match “Carolina Hurricanes” and “Boston Bruins” for the next day. Rivals was beaten several records, including the goalie. The coolest record set by the Finnish goalkeeper “blue Jackets” Joonas Coresolo that a total of 85 parried shots. Earlier the record of the playoffs the NHL in saves per match belonged to Kelly Hrudy, reflecting a throw of 73 in 1987.

However, efforts Corbicula was not enough to win, “Columbus”. It ended at the 11 th minute of the fifth extra period, when the team of John Cooper still put the squeeze on the opponent. The Russian forward of “lightning” Nikita Kucherov twice tried to throw the puck to the gate “Columbus”, however it throws consistently blocked players “the kings”. As a result the puck from Vladislav Gavrikov bounced to the stick of Brayden point, which is the perfect throw drove it into the gate, stopping this amazing match. The emotions of the players, “Tampa” was priceless.

Tournament table and calendar of the playoffs NHL

Account in the series was 1-0 in favor of “Tampa”, but the main issue of confrontation is now in the field of psychology. Whether “Columbus” to recover after so insulting defeat? In physical form, no doubt, because John is not Tortorelli bad teams.