HomeТеннис“Always admired my mother’s medal.” As the Olympics-80 bound field hockey and tennis

“Always admired my mother’s medal.” As the Olympics-80 bound field hockey and tennis 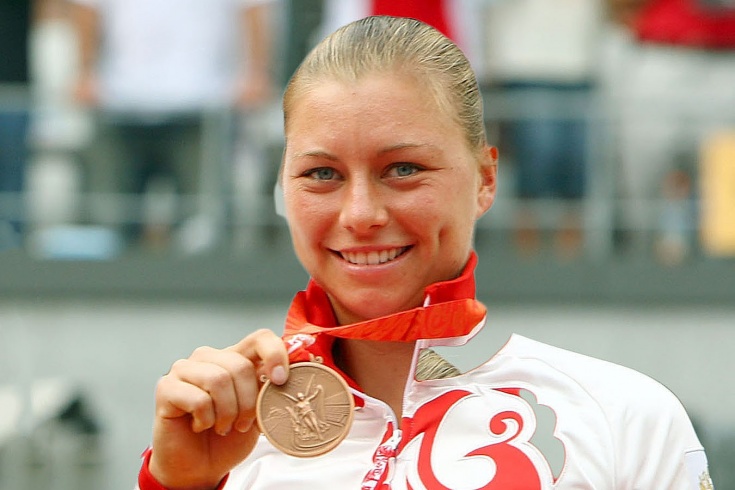 Participation in the Olympic games is the dream of any athlete since childhood. But there are those who Olympic tradition passed on from their parents. In different years at the Olympics were tennis players, whose families were already participants of Games in other sports. Some of the tennis stars and even managed to win medals and become the successors of the Olympic dynasties.

The father of famous Indian tennis player Leander PAES of – Veche PAES was a midfielder in the Indian hockey, who won at the Olympics in 1972 in Munich and a bronze medal. He Leander debuted at the Olympic Games of 1996 in Atlanta, where she lost in the semifinals to Andre Agassi, but in the match for third place was able to beat Brazilian Fernando Meligeni and conquer the bronze, like his father. In 2000, the opening of the Games in Sydney Leander PAES has entrusted the honorary right to carry the flag of India. At the Olympics Leander lost in singles in the first round and more in this category were not. But PAES is the record for participation in the Games in pairs. Since 1996, he has played in all six previous Olympics – in Sydney 2000, Athens 2004, Beijing 2008 and London 2012 and Rio 2016. Best place – 4th in Athens. In 2012 in London debuted another discharge in a tennis – mixed doubles and Leander with Sania Mirza reached the quarterfinals, where they lost only to the future Champions – Belarusians Azarenka and Peaceful.

The father of Andre Agassi Emmanuel “Mike” Agassi played for the national team of Iran in Boxing at two Olympic games – London-1948, Helsinki-1952, then emigrated to the United States. Mike has always loved tennis and when I was at the Games in London, made a special trip to see the famous courts of Wimbledon. And when he had children, he began to teach them to tennis. The most successful was the youngest of four children – Andre. He was the first racket of the world, won the “Career slam” and became the Olympic champion in Atlanta in 1996.

In the same Atlanta 1996 champion in women’s singles was American Lindsay Davenport. Interestingly, her father was also an Olympian. Wink Davenport played for team USA in volleyball at the Games in 1968 in Mexico city.

The Russian Svetlana Kuznetsova , the whole family sports. Pope Alexander Kuznetsov – honored Cycling coach, has produced several Olympic Champions and medalists. Mother , Galina Tsareva , a six – time world champion in track Cycling. Big brother Svetlana – Nikolai Kuznetsov , a silver medalist of the Olympics in Atlanta 1996 in the team pursuit. Svetlana herself had participated in three Olympic games – in Athens 2004 (the quarter-finals in the singles, second round in the pair), Beijing 2008 (the first round in singles, quarterfinals in a pair) and Rio 2016 (third round in singles, quarterfinals in a pair). Medal Kuznetsova has not won, but she still has the chance.

Parents Hope Petrova – known athletes. Victor Petrov – hammer thrower, and her mother Nadezhda Ilyina won a bronze medal at the 1976 Olympics in Montreal in the relay 4 x 400 meters. Nadia Petrova participated in the Games in Athens 2004 (second round in singles) and London 2012 (third round in the singles and bronze in doubles with Maria Kirilenko). Unfortunately, a year after the Olympic success of daughter Nadezhda Ilyina, died in a car accident. “Mom was a very talented athlete, and I wanted to follow in her footsteps, thought to be in swimming or athletics, but my parents loved tennis when I watched the tournament “Grand slam” on TV. I always wanted to be as successful as mom: to play in the Olympics, win a medal,” admitted Petrova in a recent interview.

Mother Vera Zvonareva – Natalya Bykova played for the USSR national team in hockey and at the Olympics-80 won together with a team bronze medal. Faith itself has played in two Olympic games – in Beijing and London. On Games-2008 in Beijing in the pair with Elena Vesnina, they reached the quarterfinals and lost to the future Champions the Williams sisters, and in singles Zvonareva reached the semi-finals, where he also lost to future champion Elena Dementieva. However, in the match for third place with the Chinese Li na Faith still won and won the bronze medal, just like her mother 28 years before. So the Olympics-80 bound field hockey and tennis. “For me, my mother’s an Olympic award was the pride of the whole child and school life, said Vera, when I was visiting the “Championship”. – It was in my locker, I knew where she is, and always admired my mother’s medal. To be honest, at that time I could not even dream about what ever she will play at the Olympic games, and even win the bronze medal.”

Tennis tournament Games in Tokyo was to be held from 25 July to 2 August 2020, but because of the coronavirus pandemic of all Olympic events postponed to 2021.