HomeHockey“Avant-garde” officially announced the transition striker of the Bush

“Avant-garde” officially announced the transition striker of the Bush 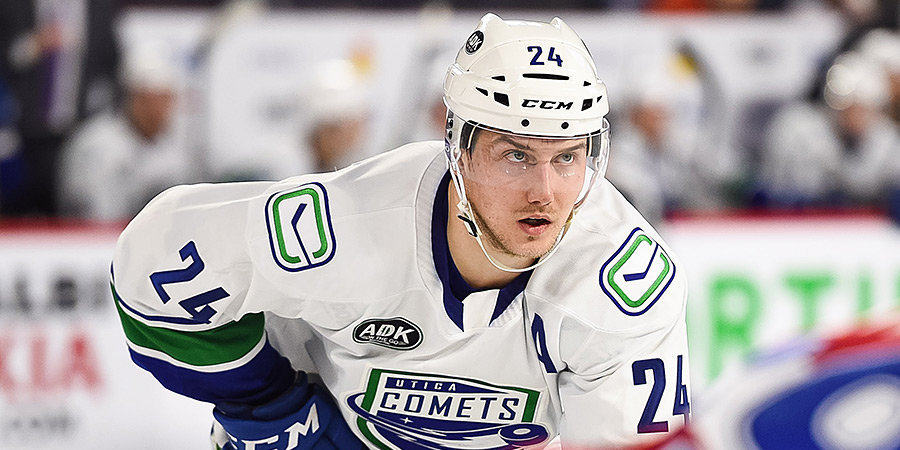 One of the best scorers in the AHL forward Reid Boucher has signed with Avangard annual contract.

Some time ago the Omsk club has hinted at the signing of 26-year-old hockey player in social networks.

— Bush became one of the best scorers in the AHL last season. This striker has a strong and accurate throw, he always aimed at the goal, no doubt going to struggle. Tenacious in the tackle, good on the rebounds in the offensive zone thanks to the reading of the game is able to give sophisticated sharpening pass. We hope that Bush will add our attack severity and the effectiveness, of course, not only in equal numbers, but in most. One of its main advantages — can be added at crucial moments of the match. On account of the Bush, a large number of goals in the final minutes, including the winning, — said the General Manager “Avant-guard” Alexey Volkov.

Last season, Bush has spent 53 matches in the AHL in the “Utica”, earning 67 (34+33) points performance. This figure was second in the League and the best in his team.

Minnesota agreed to release striker in the KHL

Forward “Dynamo”: “the Confrontation with “Spartacus” is very hard — both teams are not feeling sorry for myself”