HomeFights“Because in the fashion industry, put on the victory Ferguson”. Many Pro-fighters don’t believe in Habib

“Because in the fashion industry, put on the victory Ferguson”. Many Pro-fighters don’t believe in Habib 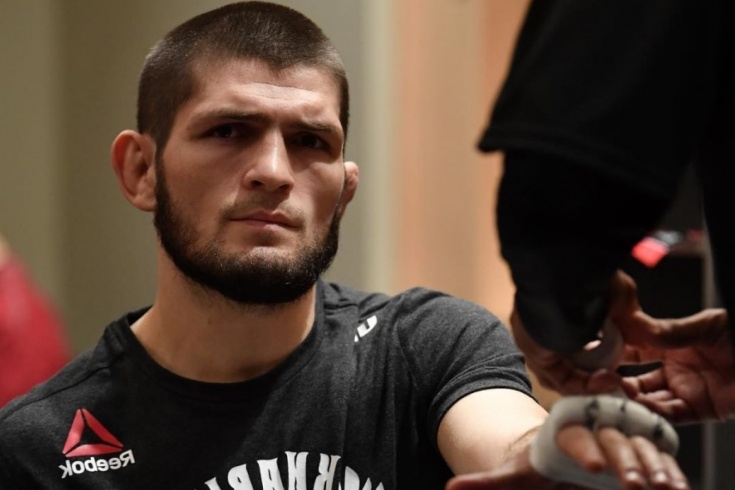 Before the main fight of the year in MMA less than a month. A week ago it seemed that Dan white in his attempts to save the UFC 249 in fact simply delays the inevitable cancellation of the event. Before that, cancel everything. Including — and in the ultimate fighting championship. However, the news today around the match Habib Nurmagomedov and Tony Ferguson point out that this fight is likely to take place.

White claims that he already knows exactly where and under what conditions held a UFC 249 and promises to arrange the event in the deadline of 19 April. So, you can briefly focus on the fight Habib and Tony. Even before the world was plunged into chaos due to pandemic coronavirus and associated universal quarantine of varying degrees of severity, many professional fighters gave their forecast for the so-called “the Most anticipated fight in UFC history”. Perhaps, never in all his overseas career Habib faced with an opponent, which would be before the fight believed that a large number of people.

“Ferguson prevail against Habib. He’s got a lot of crazy movements”

At the end of last week on the official “instagram”account UFCRussia there was a post with two videos. Both forecasts to fight Nurmagomedov — Ferguson. From a former contender for the title of heavyweight derrick Lewis and ex-champion in the same category of Junior DOS Santos.

“This, of course, the fight that is necessary. I think Tony Ferguson prevail against Habib. Ferguson’s always left a bunch of crazy movements that he hasn’t even used in fights. He is constantly working on something, the locks and stuff”, says Lewis.

“Habib is incredible. Stay on this phase of their career with such statistics is fantastic. Inclined to think that Habib will keep the title,” the Gypsy said.

The company video belongs to the UFC, it can be viewed on the official website UFCRussia in “instagram”.

“I had a fight with Tony, his elbows — crazy”

The ex-champion of UFC in lightweight Anthony Pettis, who so vehemently in 2014 trying to catch up with Nurmagomedov and which in 2018 caught up with Tony Ferguson, despite the defeat from compatriot, puts on the eagle.

“It will be a good fight. I had a fight with Tony, and his elbows — it’s just crazy. He has a great skills in JIU-jitsu. But I put to Habib, he controls the opponent to the ground and thus dominates the fight,” said Pettis in a video that appeared on instagram user Mini-Khabib.

“Rely on Habib. We have been rooting for him”

Nico Ali Walsh, the grandson of the legendary former world champion in the heavyweight division, a member of the Hall of fame and one of the best boxers in history, Muhammad Ali, admitted that following the career of Habib Nurmagomedov is his fan.

“I like Tony Ferguson, but rely on Habib because we have been rooting for him. Both are excellent fighters. As for a possible rematch with Nurmagomedov and Conor, all can be rotated arbitrarily. For me the fighting style of both is ideal, so that the result is impossible to predict. In the first fight Khabib dominated, but the outcome can be anything. But if the battle takes place, I will be sure to follow him” — quoted by Ali Walsh “RT in Russian”.

“Tony has very good elbows on the ground. He will win”

Another former UFC champion in the lightweight division, the Brazilian Rafael DOS Anjos, who career lost and Habib, and Tony believes in second, although he first, the idea is that lost when I was in the best condition in his career. Plus then, unlike the fight with Ferguson, Rafael complained about the eye pokes.

“In my opinion, Tony has a small advantage in this match, he has good elbows. He’s got great cardio. It seems to me rather close this match. Tony often miss. Maybe Habib can a couple of times something to catch. But I think overall Tony has a slight advantage. He works the land, has elbows, does that very well. I think Tony will win,” said DOS Anjos in a UFC interview Russia.

In addition to Anthony Pettis, famous for a fan of Habib’s Mini-Khabib has done a good job of collecting predictions and also spoke with Paul Felder, Henry Cejudo, and Anthony Johnson.

“I used all my analytical skills and give your vote Habib. He will be able to fight, able to control Tony. But if stand-Habib gets even better in the last battle, we can see even all five rounds.

It comes to decisions, but despite this, we’ll see a nice fight where Khabib will win,” said a top light-weight, as well as resident expert and UFC commentator Felder.

In solidarity with Paul and other respondents Mini Habib.

“I think Khabib will win. I don’t think he’ll do it with the devastating account, but he will win definitely. Although it can happen anything, because Tony is very dangerous. But still it seems to me that Habib a little more dangerous. Look, it’s a fight, anything can happen. Still looking like the judges appreciate the performance,” — said the biggest puncher of his time, Johnson.

“Habib, definitely wins. Mark my words: the first shot in the first minute of the first round! Time Habib, baby!” in his own flamboyant manner made Henry Cejudo, UFC champion in two weights and Olympic champion in wrestling.

“If Lee and Castillo overcame Ferguson, then Habib will be able to accurately”

Dustin Pare, the latest rival to Habib Nurmagomedov. Lost to the Russian champion September 7, 2019 in the UFC 242 in Abu Dhabi strangulation from behind in the third round. Before the match Ferguson in the American press made a forecast, which predicted the victory of Habib, because Nurmagomedov must make use of habit Pore to cling to the mesh back.

“I think Khabib will beat Tony. The advantage will be for Habib. If Ferguson were able to overcome Kevin Lee and Danny Castillo, then Habib would do it. Of all the tops light weight only Justin Geti could cause problems Nurmagomedov. To beat him you need a person who is not afraid to take risks, can not afford to push himself to the cage. It’s about all about Gati”.