HomeЕдиноборстваBoxer had to make excuses for the victory. Judge in Minsk organized chaos 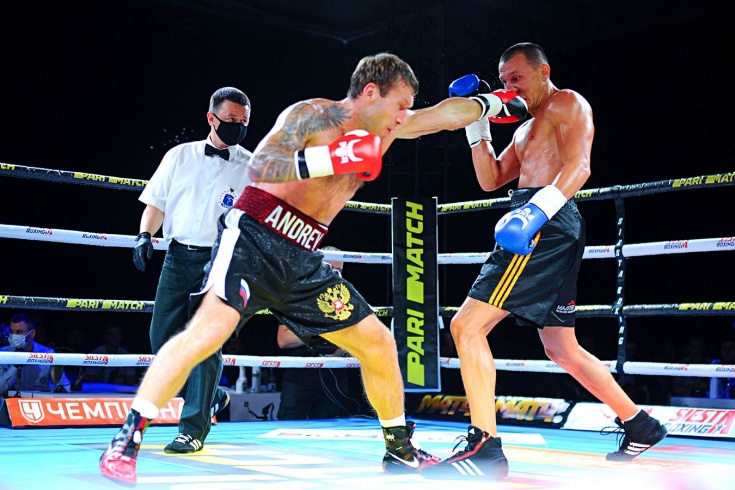 July 30, in Minsk took place the evening of professional Boxing series KOld Wars. Like last week, card of the tournament consisted of five matches. If the first two can be regarded as a kind of warm-up, the remaining three attracts the attention of Boxing fans.

The first fight of the main card took place in the lightweight division. Came out to the ring promising Mr Myshiv (10-0, 6 KO’s) and experienced jorneyman of Nicaragua Oscar Amador (10-26, 1 KO). Statistics from abroad is clearly not impressed. But for Misawa not Bokonbaevo for eight months, it was the best option. Vladimir immediately seized the initiative and competently practiced on the floors. Feeding from round to round Amador punches, he forced him to keep his hands very low, and then the lightning attack transferred to the head by what stunned opponent.

To honor the Oscars, it’s good to keep the kick and even tried to look for happiness in the attack, however, mostly single attacks. The first serious Wake-up call to Amadora sounded in the fifth round when he was knocked down after a precise left hook. A good half of a three-minute was yet to come, but Myshiv failed to build on this success and stuck in the opponent’s defense. In the sixth segment of the Muscovite continued to dominate, although it worked without any overstrain. Seeing the futility of further resistance, surrendered to the Amador during the break before the seventh round, citing a neck injury.

After this pair in the ring appeared Middleweight – known Russian Andrey Sirotkin (18-1, 6 KO) fought with a Ukrainian who trains in Poland Artem Karpets (21-15, 6 KO’s). Recent long dwells on the career decline and lost more than ten fights in a row. Despite this, he managed to show a grin. If the first round was held in exploration, in the next two sections Karpets was very good and delivered to Nizhny Novgorod problem.

But the skill Sirotkin still played a decisive role. In the fourth round he upped the tempo and pinned the opponent near the ropes. Then the lightning followed three body. The final blow was accented and let was not clean, was for Karpets fatal. He has not managed to rise from the canvas after the count of the referee and lost a clean knockout.

Thus, Sirotkin won the third victory in a row since the defeat of John Ryder in the qualifying battle for the right to fight for a world title. Maybe the recent successes will allow Andrew to return to the list of possible candidates for a title shot.

Finally, the main event of the tournament in Minsk was meeting George chelohsaeva with Hayk Shahnazaryan. Before the meeting, the experts stressed that the duel will decorate the show and it turned out to be true. Chelohsaeva suddenly acted as the aggressor. The first number worked for IKE, who demonstrated great technical Arsenal and regularly pinched opponent near the ropes, showering him with a hail of blows. George proved that he has a strong chin, but still demonstrate that such a price was not very nice.

Not to say that the confrontation was one-sided, Kelehsaev often pierced the opponent’s defense and intercepted his attack. But this was too little advantage of him was noticeable to the naked eye. So it was surprising to hear the verdict of the judges split decision gave the victory to George. This is despite the fact that he Chelohsaeva after the end of the fight looked disappointed, and Shahnazaryan triumphantly raised her hands.

Judicial chaos has left an unpleasant aftertaste. But the boxers behave with dignity and have corrected that tried to ruin the judge. After all the battles they recorded a joint video message spoke about each other. In addition, apparently, the guys already have a verbal agreement for a rematch. So probably we will have to wait another series of cool action.