HomeЕдиноборстваBoxers fought for 7 hours. The judges differed, and the audience was snoring in the stands

Boxers fought for 7 hours. The judges differed, and the audience was snoring in the stands 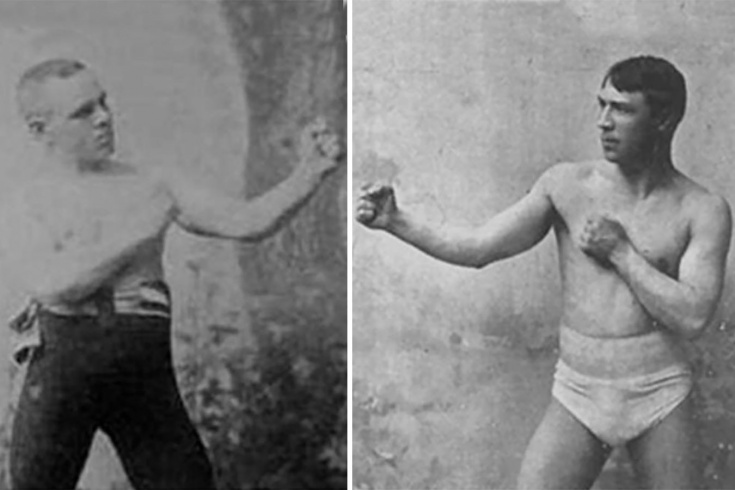 From time to time to address Boxing as a sport sound very different accusations: he’s too traumatic, and not particularly entertaining, especially when talking about tournaments lovers. Fans outraged boredom and pragmatism of modern fighters, and gets the professionals and nine rounds don’t look fresh and active.

Against this background, a long history of athletic feat of two American boxers looks fantastic legend. This history has occurred in the state of Louisiana April 6, distant 1893. The ring agreed Jack Burke and Andy Bowen. At stake was the title of champion of the South in a light weight and a prize of $ 2,500. The battle began at 21:00 local time, and this fact is especially important in understanding how incredibly hardy these guys are. Because, as you know, we take our story about the duty of a Boxing match in the history of Boxing.

To understand why and how could this be a record match, you must talk about the rules by which the meeting was conducted. The box itself was not a recognized sport, was not of the federations and people who could approve the rules and regulations. The rules existed, but in an embryonic form, and was, to put it mildly, not the most humane.

Fight to first blood, to three knockdowns, before the time is up, finally… No, in those days, never heard of that. There was no such thing as throw in the towel. Hacked with all my heart and until the moment when one of the fighters literally will not be able to rise to his feet. Who would have thought that these two gladiators will be so strong. Whether it’s bands, the records would not be out of the question, but then came two lightweight running marathon trainers. 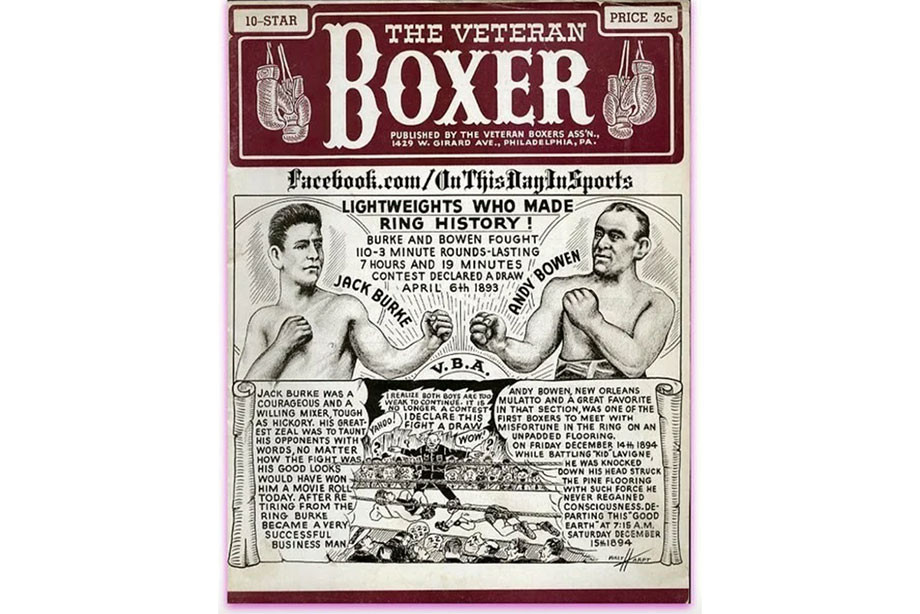 Andy Bowen began his speech in the age of 20 in 1887. By the time of the match in New Orleans had scored 12 victories and 2 draws. In September 1890, Andy won the title at the Olympic club in New Orleans. There passed and his battle with Burke. Jack, by the way, not supposed to fight that night. 24-boxer came out on short notice, as they say now.

Boxers fought for the title, which became vacant after the resignation of the previous champion, Jack McAuliffe. Undisputed favorite of the match looked like Bowen. He was older than his opponent for 2 years and had far more fight experience. However, according to eyewitnesses, first 25 rounds unilaterally took Burke. 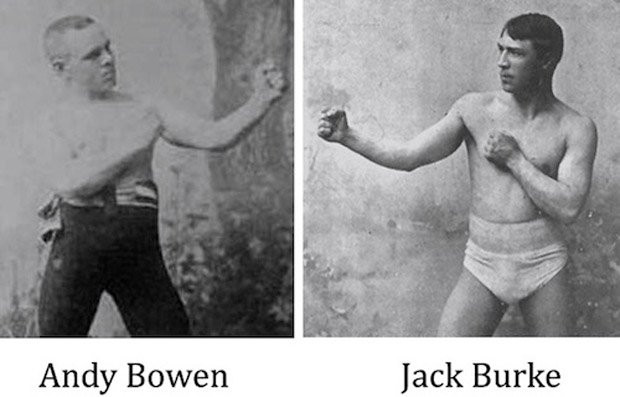 But “Iron Bowen” confirmed the status of the persistent guy. He sent the opponent on the floor at the end of the 25th round. And would have ended the story, but the Gong was sounded. Andy survived the onslaught of the opponents in the first hour (you just think about it!) the opponents and imposed severe and exhausting match. And it lasted exactly 7 hours and 19 minutes. Athletes held in the ring 110 rounds for 3 minutes each. All the same eyewitnesses told that a good half of the fans gathered in the stands was already snoring already the eighth of ten rounds.

Well, to understand how absurd became in the end the situation, suffice it to say that three of the four judges who worked on this game, just got up and went home to sleep! 4:21 (and the battle begun, will remind at 21:00) the most responsible and persistent of teams referee John Duffy recorded a draw. Fighters simply are unable to rise from their corners when the Gong was sounded, announcing the start of the 111th round. The judge is divided between the winning.

The opponents were exhausted and emaciated by pain. The consequences for them were dire. Burke was diagnosed with multiple bone fractures on both hands, and he spent in a hospital bed for the next 6 weeks. Neither of which the continuation of the career of the boxer it was not walking. Jack nicknamed Texas lived up to 44 years and died in 1913.

And if you compare with its historic rival, the Bowen less fortunate. Thorough medical examinations, which the soldiers began to suffer in the final third of the 20th century, in the 19th century was absent as a class. Concussion, then, is not particularly treated. The next fight that Andy was running against kid Avalanche, became Bowen’s fatal. After the next hit in the head he lost consciousness and died in hospital.