HomeAutosportDangerous flights “Mercedes”. Why German prototypes started to take off in the air at Le Mans? 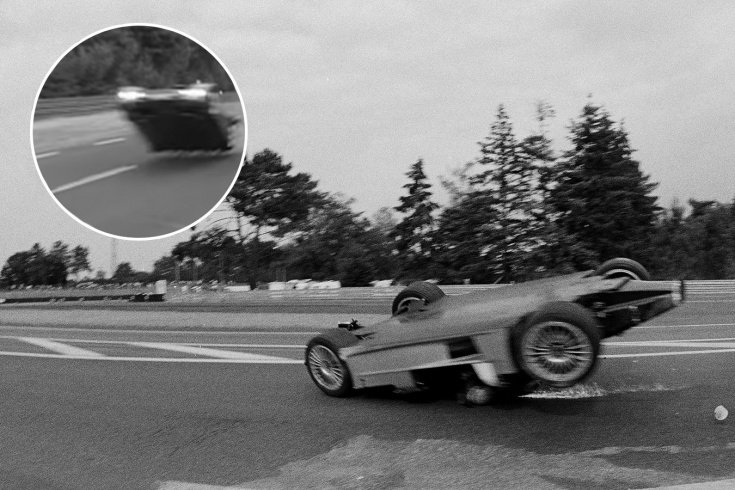 Today marks 21 years since the launch of the “24 hours of Le Mans” in 1999. This race could be remembered for a triumph BMW or another setback, “Toyota”, but the main event of the weekend was three flight prototypes of the Mercedes LCR, and future pilot of the f-1 mark Webber was flying in the air twice. Remember powerful the failure of the German team.

To “24 hours” 1999, the engineers at Mercedes have created a new prototype of the CLR, which even was kind of based on last year’s CLK-LM, but differed significantly from it. The Germans wanted to squeeze in the design of high, while mindful of the inevitable Le manowska the compromise here is necessary as an excellent maximum speed on the long straights and enough downforce in the corners.

The solution the engineers saw in the maximum rate to generate downforce with the underbody. To created as much “stick”, decided to reduce the wheelbase, which allowed to increase the size of the front and rear overhangs — it will be the pilots of “Mercedes” side during the marathon…

Meanwhile, an intense programme had not signaled any mistakes: new prototype was reliable and fast enough. Here only tests could not provide comparisons with competitors or test the prototype in the conditions of traditionally serious Le Makovskogo traffic.

Everything went wrong during the racing weeks in France. First, the CLR was fast enough — at least in the qualifying mode. But the worse thing was not it: engineers are much more preoccupied by the strange accident of a young Mark Webber on Thursday. The incident did not hit the camera lens, but the Australian told how the front part of the prototype suddenly broke away from the asphalt on the straight before the turn, “Indianapolis”. Car after a somersault landed on its wheels and stopped.

“It all happened very quickly — remember the Aussie in his autobiography. — Was like a plane taking off. I went to a speed 300 km/h, hit the brakes but it was too late. I could see the sky, then land, then again the earth.” However, the engineers of the Mercedes… don’t believe a private pilot! “Their response? “No, this could not happen, the machine did not just up and roll over”.

Mark got in serious accident injuries and the day of the race the Mercedes were able to restore the prototype — but only to workout once again he soared into the air, and again under the control of Webber! This time the incident took place in front of the whole world. The Aussie was driving behind the Audi of Frank Bily, when Mercedes first shot off from the front pavement, and then completely took off and flipped while in the air.

“In my mind were two thoughts — again recalls Webber. The first concerned the team: what do these fucking guys do, giving me such a machine? And second: I can hardly again be so lucky, I don’t want to hurt me; I want that all ended quickly”.

In spite of everything, the Aussie is again not affected and he even got out of prototype. It was clear that his crew will not participate in the race, but what about the remaining two cars “Mercedes”? Contrary to the expectations of competitors and journalists, the Germans took the crew and came out at the start!

Of course, some measures have been taken. Front was set extra wings (originally they were intended for rain conditions) that were supposed to significantly increase downforce on the nose. 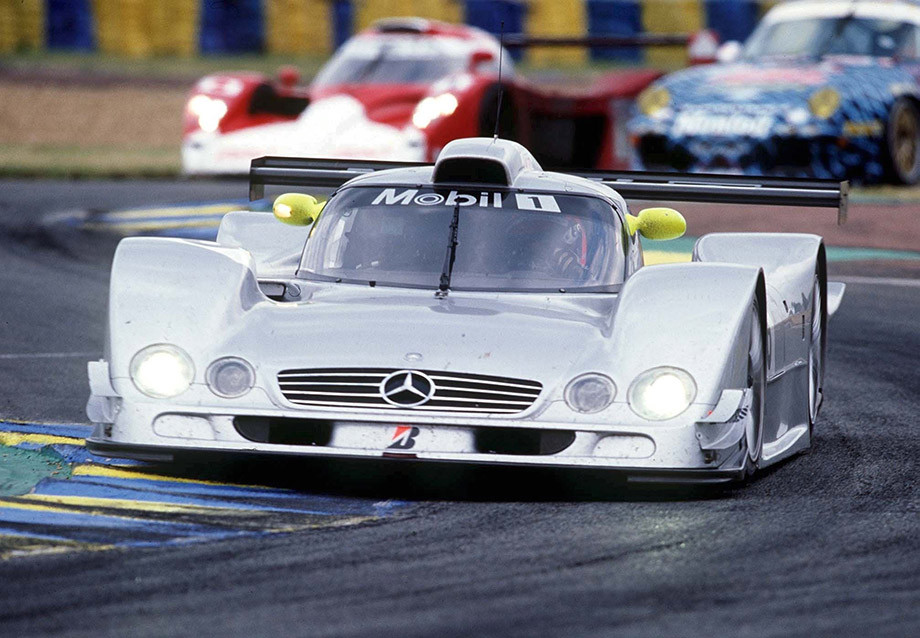 In addition, mersedesovsky in a panic, called in Canada the Adrian Newey — I say, technical Director “the McLaren” recommended to withdraw from the race, but it didn’t. Engineers had hoped that the problem could only relate to the prototype, which has twice had an accident — with the rest this does not happen. Its pilots, the team gave recommendations to avoid slipstream. The riders sighed and went to the start.

And at first it seemed that it’s not so bad. The first 75 laps passed without incident, the crew of Christophe Bush, nick Heidfeld and Peter Dubreka came in third place. Was driving drove faster Dumbreck representatives of “Toyota” and preparing to compete for the second position. But then Peter approaching the same “Indianapolis” still hit the “air bag” behind competitor — and flew.

Dumbreck less fortunate than Webber: “Mercedes” the Aussie has twice chlipala on asphalt, while the prototype of the British brought the left — in the woods near the road. It was very dangerous, one of the trees had even hit the deck and entered the cockpit, but exactly between driver and the fuel tank.

“I saw the sky, and then there was a blackout until I was lying on a stretcher, said later Dumbreck. — I’m scared: can I feel your arms and legs? They wanted me to not move for fear of spinal injury, but I was allowed to move my hands and toes. I tried and all was OK I was still pretty young, no wife, no children. You want to take more risks and I took a lot of risks. I did everything that wanted, and avoided the consequences.”

Again the pilot was not injured! Anyway, after the third flight for the race weekend, Mercedes instantly withdrew from the race remaining crew of Bernd Schneider, Frank Lagorce and Pedro Lamy. Since then, the Germans at Le Mans didn’t come back. 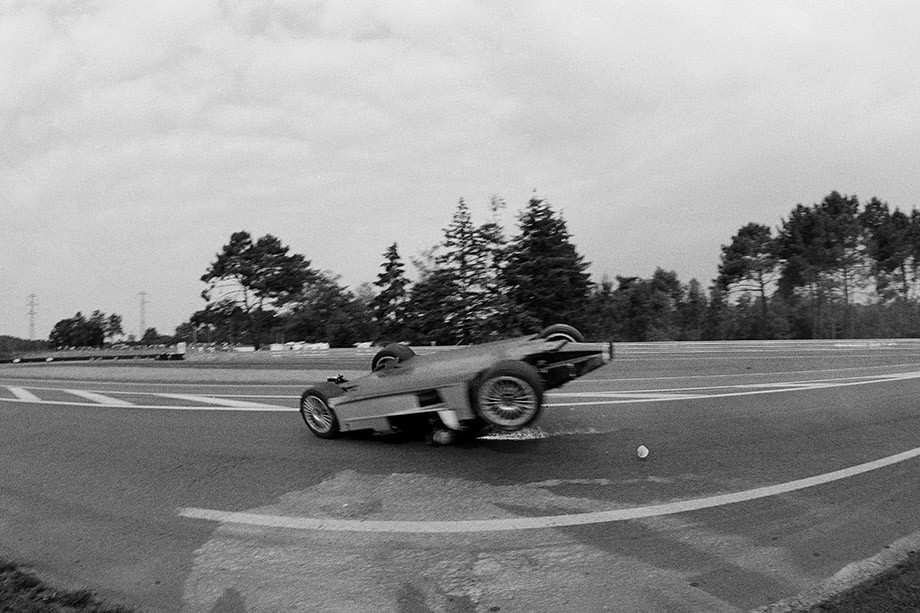 So what went wrong?

Officially the cause of the accident is not named, but a consensus has been reached. Mercedes too clever by half with a short wheelbase and an emphasis on the generation of downforce with the underbody, not aerodynamic elements on the body. Due to the short base prototype was swaying on the straights, and in the time of the next tilt-back (he was stronger due to the soft springs of the rear suspension) under the front part of the machine got too much air. At some point, the lifting force was too high, and the prototype that would become “lighter” in the air bag behind rival – went flying.

Interestingly, after such a failure of the head in the Mercedes didn’t go all the leadership remained in their places. Apparently affected by the lack of the victims. As for the two pilots, they reacted to the accident quite differently. Webber was very angry and promised himself never to sit in the prototypes — but after retiring from Formula 1 broke the vow and spent several seasons in the “Porsche”. And Dumbreck continued cooperation with Mercedes in the DTM series, where he won the bronze medal in 2001. 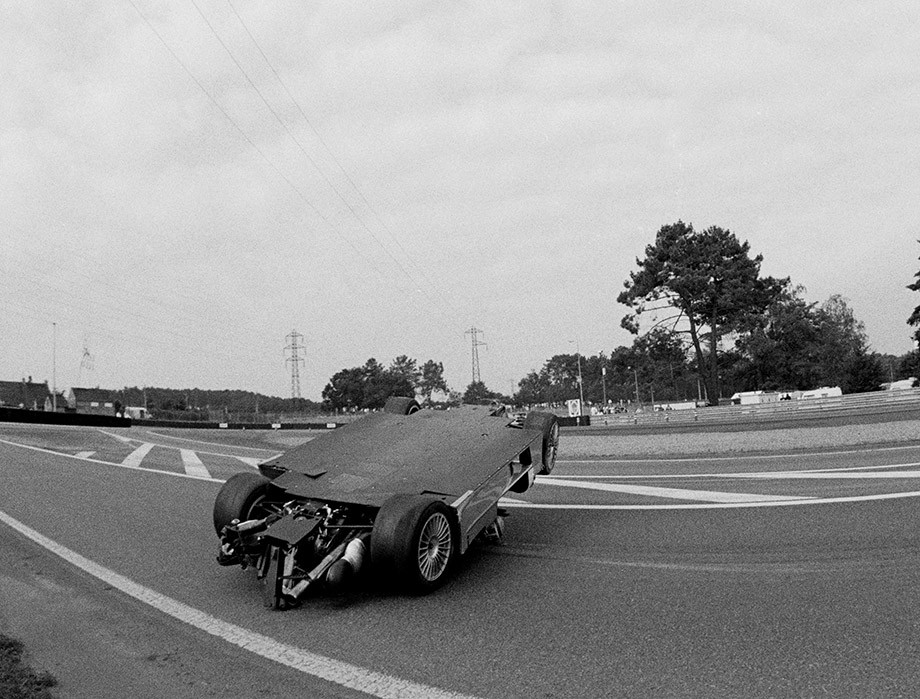 “When it came to contract renewal, I suggested to go to the DTM, although the fight for these places was hot. Perhaps, without this accident I would not have made such an offer,” suggested the pilot.

Racer realizes that the flight to Le Mans was the highlight of his career and when meeting sometimes jokingly introduced himself as “hi, my name is Peter Dumbreck and I can fly.”

Alexey Titov: the start of the season “Formula 1” turned enchanting

Antonio Conte: “Each player of “inter” will have to prove he can be part of the winning project”