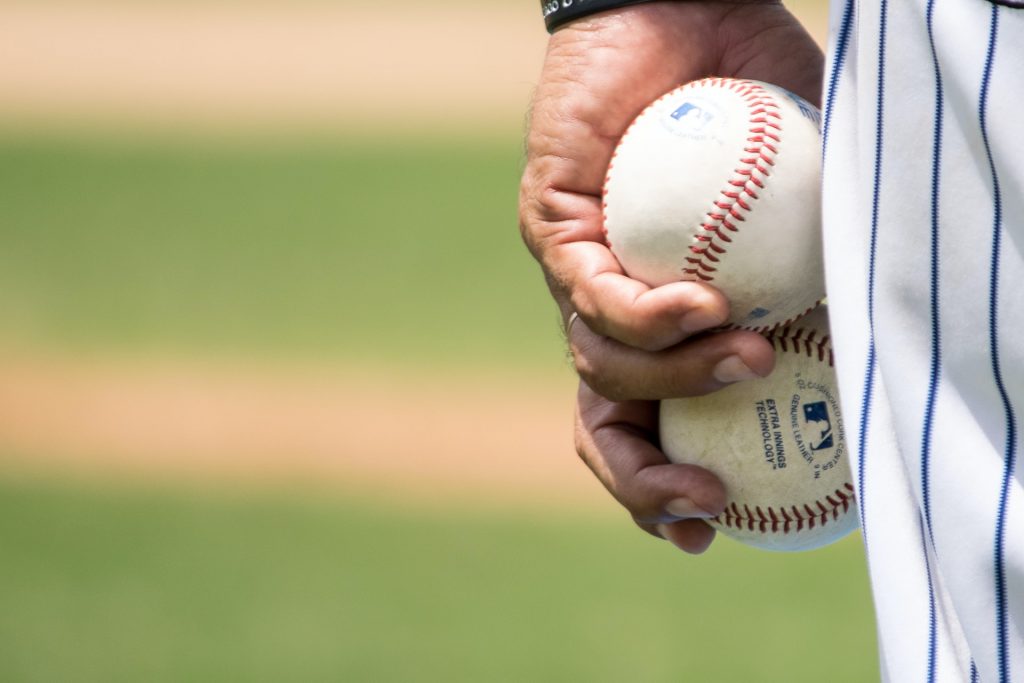 It’s time to reflect on how geeks and technology have changed baseball as the baseball season is in full swing. The way spectators watch baseball and how players engage in America’s game has radically changed over the past three decades as a result of the internet, medical advancements, and the globalization of the media. The list of technological influences on baseball is provided here, along with some predictions for future technological developments.

Baseball has been a sport that has been simulated in video games since the beginning. Baseball was written by Pomona College student Don Daglow in 1971. Atari and Mattel both created baseball video games in the early 1980s. “World Series Baseball” for Intellivision was released by Mattel in 1983. Players in “World Series Baseball” were able to show the action from several camera angles for the first time. The batter could be seen from a modified “center field” camera, baserunners could be seen in corner insets, and a camera behind home plate could be used to watch defensive plays. Additionally, fly balls were incorporated into the interface of “World Series Baseball.”

When Electronic Arts (EA) published “Earl Weaver Baseball” in 1988, which had an actual baseball manager controlled by artificial intelligence, baseball video games took another leap forward. When Computer Gaming World ranked “Earl Weaver Baseball” 25th among the Best 150 Games of All Time in 1996, it recognized the significance of the game. After FPS Sports Football, this was the ranking of any sports game during the years 1981–1996.

When Nintendo published “RBI Baseball” in 1988, the company also scored a home run. The Major League Baseball Players Association granted a license to RBI, the first video game, for commercial purposes. The game featured actual players from big league rosters, and unsurprisingly, it was very popular with players.

‘Tony La Russa Baseball’ debuted on store shelves twenty years after the first baseball video game. Baseball game play underwent considerable improvements thanks to the game. First, “La Russa” had a circular Fly Ball Cursor that would appear where the ball would land and change size according on the height of the ball. The cursor would change position to reflect the ball’s shifting trajectory if the wind was blowing. The Fly Ball Cursor eliminated the last aspect of baseball that has never been successfully represented by adding real fly balls and pop-ups to computer baseball games. The second feature of “La Russa” was the ability for players to create their own leagues and conduct drafts while having access to all of the game’s detailed player information. Third, “La Russa” was the first baseball game to provide precise metrics for every single pitcher versus every single hitter, information that actual managers heavily rely on in the dugout. Tony La Russa worked tirelessly for years to make the game’s artificial intelligence as accurate as possible, unlike many sports stars who only contributed their names to games.

Since “La Russa,” baseball matches have become increasingly better. The richness and realism of baseball video games have changed as a result of the creation of EA’s “MVP Baseball,” Sony’s “MLB The Show,” Out of the Park Developments’ text-based simulation “Out of the Park Baseball,” and the expansion of gaming platforms (from Genesis to XBox360). Even the players themselves acknowledge utilizing them to get ready for matches. Johan Santana, the 2004 AL Cy Young Award winner, wrote a piece for FHM in April 2006 on page 113 “I can see each player’s hitting zones and statistically, where he dislikes the ball. Additionally, I can sense when he will swing at fastballs and when he might not anticipate a change-up. It provides you suggestions on how to approach particular batters, though I wouldn’t claim that I would throw to a person in a real-life game in the same manner.”

2. Fantasy Baseball on the web

Fantasy baseball has become as popular as the game itself, whether people like it or not (girlfriends, wives), which is pretty much every baseball fan. The growth of the internet has allowed millions of fans to engage in leagues with friends and other fans across the nation, something that was previously exclusive to stat addicts who laboriously calculated and handled everything on their own. This couldn’t possible have an impact on the game itself, could it? Wrong. The popularity of baseball has a significant impact on fans. Is your club in a watchable rebuilding year right now, or did they give up on the season midway through? It’s alright. The MLB Baseball Cable Package still allows you to monitor your fantasy team and watch games involving your players. Major League Baseball is a product, thus anything that encourages your audience to talk passionately (and constantly) read, write, and discuss your product becomes crucial.

Recent Fortune article claims that the “There is nothing new about American men’s infatuation with sports, but consider this: More than half of fantasy sports devotees think about their teams for more than an hour each day. “It is a “billion dollar industry” to play fantasy baseball. However, Major League Baseball is putting restrictions on the fantasy technology that sparked professional baseball’s resurgence after the 1996 strike, much like the RIAA and MPAA. MLB has made the decision to fundamentally alter how it issues licenses to businesses that manage fantasy sports on the Internet. Official licensees will now probably only be allowed to use ESPN, CBS Sportsline, and Yahoo! (some reports add AOL and The Sporting News as well). The licensing agreement will significantly restrict “mom and pop” stores that contributed to the fantasy baseball phenomenon’s emergence. They will each be limited to using the information to serve 5,000 consumers. Anyone else running tiny fantasy leagues using baseball data will have to decide whether to curtail their activities, shut down, or face a legal visit from MLB.

Prior to the internet, only experts could create media. The delivery of sports news and information was essentially under the virtual control of newspapers, radio, television, and specialized sports publications like Sports Illustrated.

With the introduction of Sports Talk radio, the first user-generated sports media was produced. Sports talk radio became popular in the early 1980s as a development of talk radio, which has been around since the 1940s. There are currently over 30 significant sports talk radio stations around the nation. Sports talk radio gave supporters a platform to air their grievances, ideas, and sports-related analyses. However, sports talk radio allowed fans the opportunity to share their opinions with a potentially sizable audience rather than just ranting to their close friends and family.

Sports fans embraced technology to share their opinions online because they wanted a voice. The earliest of these technologies was the development of sports message boards. Although sports message boards have never become widely popular, they do have a significant online presence. Over 8.5 million results for “baseball messageboards” can be found in a quick Google search.

Internet message boards served as the first user-generated media petri dish. The scandal that broke out at the start of the 2000 season is the best example of this sentiment. Bobby Valentine, the manager of the New York Mets at the time, delivered a “off-the-record” lecture at the Wharton School of Business. However, “off-the-record” only applies to journalists. While Penn’s campus newspaper, the “Daily Pennsylvanian,” gave the lecture a cursory note, one student in attendance went far further. Brad Rosenberg stated that Bobby V insulted some players and management on a Mets message board while logging in as the identity brad34. The news outlets ran with it, former general manager Steve Phillips boarded a flight to Pittsburgh to meet with Valentine, and a small controversy was about to break.