HomeБаскетбол“He didn’t want to bow the knee, therefore, the Lord broke him.” Why it’s a shame for Jonathan Isaac

“He didn’t want to bow the knee, therefore, the Lord broke him.” Why it’s a shame for Jonathan Isaac 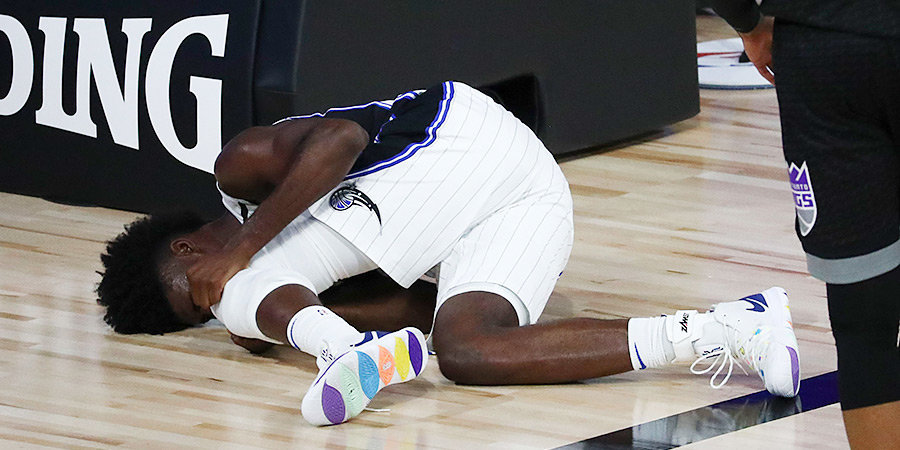 Perhaps this was to be expected, I guess, the candidacy of Jonathan Isaac in some sense not the most significant audience loss for the NBA and the League, but the whole thing not easier. Regardless of basketball humanly.

In a match with “Sacramento” forward “Orlando” went to the passage and without any contact broke the crosses of the left knee. The same one that he injured earlier this season.

Initially Isaac was not to go to the floor before the start of the next world Cup, but the pandemic has given Jonathan the extra time and possibilities for recovery, and when the question arose about whether he is ready to play for the magic at Disneyworld, Isaac agreed, despite the fact that “mages” in General on what does not apply. And then there was a match with “Sacramento”.

The Magic fear Jonathan Isaac has a torn ACL https://t.co/H0b4p8lkJ4

That is not the story of an idealist, fallen victim to the insidious fate confirms many points of view from which to consider this story. Among them are adequate, pragmatic, instructive and frankly speculative. Supporters of the latest openly scoff at the case when used with superficial metaphors, remembering that Isaac became the first player after the restart, and the only one that chose to abandon kneeling in solidarity with the movement Black Lives Matter is before the match “Brooklyn nets”.

"Kneeling or wearing a Black Lives Matter t-shirt didn't go hand in hand with supporting Black Lives… I believe that my life has been supported through the Gospel, everyone is made in the image of God.”

Jonathan Isaac on why he didn't kneel or wear a #BlackLivesMatter shirt pic.twitter.com/2dO6lSOb8h

After it happened, Jonathan explained his position:

— I believe that the lives of blacks are important. I took this decision for various reasons, partly because, sure, the worship of the knee t-shirt Black Lives Matter has nothing to do with the support life of blacks. I do not think that the inscription on the shirt is able to solve our society problems.

After the incident, a huge number of players, despite agreement or disagreement, showed respect for the position of Isaac and his shirt became the second by popularity after LeBron from the official store of the NBA. It was last Friday.

And today some figures spew metaphors in the style; it’s God’s plan, he did not want to bow the knee, therefore, the Lord broke it. Surprisingly, these hyenas in human form, a huge number, and each of them wants to reach the ephemeral logical chain between these completely unrelated events.

Yeah, that sounds more dramatic story with such a title is easier to sell than the more prosaic conclusion that for season 3 Isaac played only 136 games, and despite his trauma, still managed to claim the status of the main hopes of the “magic”.

His versatility and dedication was quoted at the level of the peak of Andrei Kirilenko and what is really there, on a short edited into the detailed shots the resemblance is really hard to miss. The growth of mobility, readiness and ability to defend against players in completely different roles.

No one is saying that what happened is the beginning of the end of the career of Isaac. Look at Zach Lavin, who returned after a torn crosses, and this year was the only sane player in the “Chicago”.

Or study the dynamics of the development of Kristaps Porzingis, who after a similar trauma not just back to its former level, but also to develop new techniques and methods of playing the new position.

Insulting others, for their initiative Isaac will pay the long dollar. Next season, he will miss completely because of the restoration, will contract in the Covenant of Isaac. So, the forward was ready to rant and rave just to show my maximum, but at the same time increase the market value.

Instead, the following summer Isaac will enter the free agent market without the evidence of statistics and claims of a large agreement. Fortunately, before the start of the restart the League and the players Union agreed to insurance benefits for players who get serious injuries after the resumption of the championship. It is clear that the money does not override conditional 20 million that Isaac will receive less under the new contract, but at least some moral compensation.

Jonathan Isaac suffered a torn ACL in his left knee vs. the Kings, per @wojespn pic.twitter.com/7MVjmYdgpf

It is sad to realize, but the trauma of Isaac is a sports routine, like a change of clubs or transitions from one coach to another. So it makes no sense to exaggerate the case, the potential for injury is also included in the list of risks, which implies a career as a professional athlete. For that they also pay. And pretty good.

Just this time it is a pity that a little less to pay Jonathan Isaac.