HomeFootball“Here it is – the great Russian scorer”. What they say about Smolov goal Barcelona 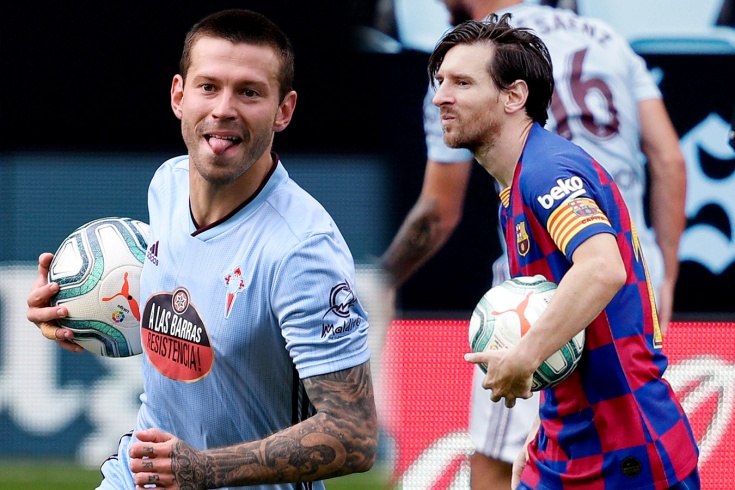 Striker “salty” Fedor Smolov scored the goal of the “Barcelona” in the match 32 th round of the Examples. Due to the goal of the Russian club from Vigo played against Barcelona in a 2-2 draw.

On 50 minutes, Fedor has closed the transfer of Turkish midfielder Joka Yokuslu, making the score 1:1. Ten minutes later Smolov left the field, replaced by Nolito. Scoring a goal against the Catalan club, he was interrupted by a dry series of the goalkeeper “Barcelona” Marc-Andre Ter Stegen, which lasted five games. 30-year-old became the eighth Russian, who scored a goal against Barcelona in La Liga.

Earlier, in an away match of the 24th round, the striker scored against real Madrid, bringing a “Celta” in a 1-1 draw.

The official Twitter of the La Liga highlighted the fact that while Smolov scored the only real Madrid and Barcelona.

Fans of “salty” in the club Twitter responded to the record not comfortable with voice input with the club’s TV channel “Loko TV”.

Goals Smolov at the gate Spanish giants have also become an occasion for jokes and memes.