Learning a full schedule of matches of Russian national team, it is easy to make your choice on what matches I would like to go/to go/to fly. Look at how football tickets to purchase. 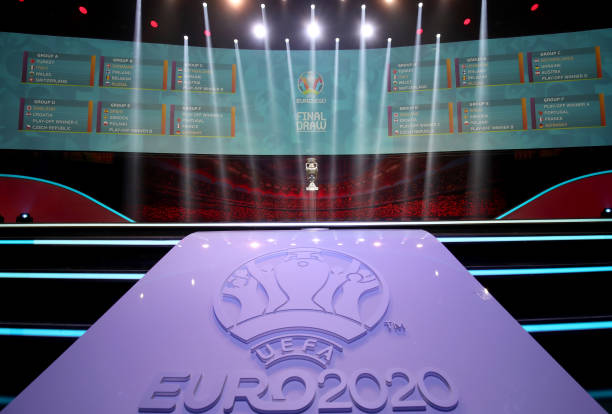 The start time of matches of Russian national team has not determined simultaneously with the completion of the draw. The UEFA team is still a little pokoldovat on the calendar. And these are the results.

Fourth match. Bilbao, 28 June (if we qualify from the first place).

Or Amsterdam, June 29 (if we qualify from second place).

Other matches to lead until we are. Not because I do not believe in success, because there we can get into any of the cities – depending on which pair will play in the 1/8 finals.

Everything is simple: the sales for the trains open 60 days before travel. So start to catch tickets starting April 14. So much for the tickets to St. Petersburg by train. Planes choose now, while not expensive. Closer to the games the price will only rise.

A huge part of tickets is already implemented. Half a million tickets were sold in the summer, the first phase of sales. But this does not mean that you are not lucky. Another million tickets becoming available from 4 December 2019. To buy tickets could. These tickets will only buy the representatives of the 20 participating countries, that is, we are with you.

To start the flow of applications for tickets exactly at 14 hours CET (in Moscow is 16:00, put on this hour of all things). End accepting applications also at 14 o’clock, after exactly two weeks – December 18, 2019.

Do I need to explain specifically that the number of tickets is limited? Quotas are as follows.

Will a third phase of sales in April. But it should not count. Fans of the four countries, which will pass through the joints of the League of Nations, will be able to qualify for another 200 thousand tickets.

Now – attention! Football Federation of each country team which came to Euro 2020, determines the application requirements.

Fans will be able to apply for the group stage matches on the package or Follow my Team (“Together with the team”). He will visit the match of the playoffs favorite team regardless of the venue. If the team leaves before the match, the fans will return the cost of the ticket.

The conditions of the draw will be decided by a national Federation. Finalize the rules no later than January 2020.

According to the strategy Fans First, fans who came on the Euro teams can apply for the semifinals and finals. But these tickets are considered conditional. If their team won’t make it to the semifinals or the final, supporters will reimburse the cost.

Fans whose applications are not selected in the lottery, and later can offer to buy back the unpaid or returned tickets (on the basis of their place in the doom).

To read about the packages of corporate reception for Euro 2020 via the link carefully, everything is in English!

And at this link you can download a detailed leaflet describing all the nuances associated with the purchase of tickets.

All claims must be submitted only to one address: Euro2020.com/tickets/

Full results of the draw here