HomeЕдиноборства“I don’t count myself defeated by Ismailova”. What will happen to the career of Emelianenko?

“I don’t count myself defeated by Ismailova”. What will happen to the career of Emelianenko? 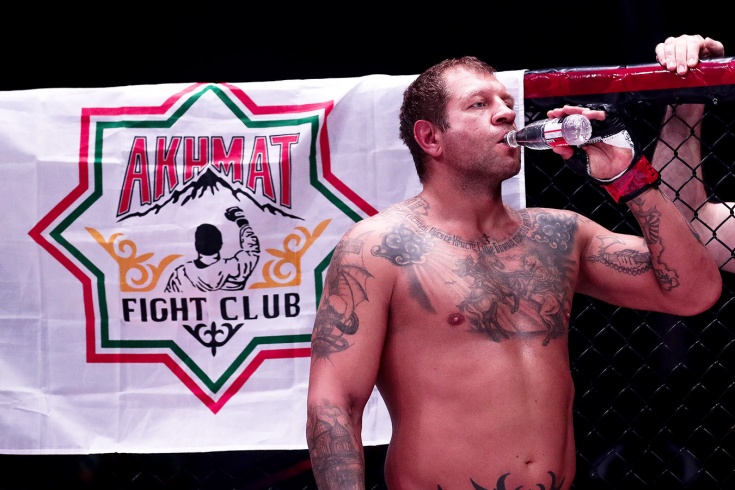 24 Jul Emelyanenko Jr. disappointed his fans on ACA 107 he sensationally lost to Magomed Ismailov technical knockout. Debuted in heavy weight Ismailov masterfully dismantled opponent, who was much heavier and above it. Emelianenko folded even in the rack, where it wasn’t helped by long arms and huge experience. Before departure from Sochi Emelianenko once again surprised: the fighter got to the front Desk with great difficulty, relying on the hands of colleagues. Whether it was drunk –you cannot claim. Perhaps I felt the injury. What will happen to the career of Alexander?

In an interview after the fight, Emelianenko spoke candidly strangely, deciding to “not count” his defeat.

“Was able to see the points that need to be worked out. Nothing catastrophic and the new Ismailov is not presented. His whole plan for the battle I anticipated, just in a hurry rushed to finish the tournament early. None of the rounds did not sense any danger from him. All he could do, he did. Unlike Ismailov, I wanted to fight. Thought he was a man and marries his honor. A Magician, like all, strikes the feet and saved those than can. Dumb win Ismailov. Let them count it for themselves, but I imagine this defeat will not be counted”.

Before the fight with Ismailov, brother of Fedor Emelianenko has not fought in MMA for almost two years, but this can hardly be considered a justification. The fight with a perfectly prepared Magomed exposed old Alexander disadvantages: little protection from takedown and limp work in the stalls.

It was pity to see, considering the previous successes of Fedor in judo and combat Sambo. Alexander emphasizes regularly that contemptuous of the struggle. But if he doesn’t start to work on it – in the octagon athlete to do nothing. Anyway, with the serious competition level. Rematch Ismailov, mentioned by Alexander, to think is not worth it at all.

After a week, Emelianenko will celebrate 39 years at that age is so difficult to force myself to learn new things. Of course, for Alexander is the fact that basically he needed to ‘remember’ the old skills. However, something tells me that Emelyanenko Jr. not interested in moving up to the weak sides. Apparently, it is easier to change the rules: “still, in mixed martial arts this fuss must be eradicated. It’s not what people like. I came up with this version: first round – Boxing, second fight, third – MMA. And a limit on the struggle.”

If Alexander refuses hard work on their own shortcomings, in MMA he will only have to choose your battles with pure strikers, which is not much. Most likely, the lot of Emelyanenko becomes the freak fights, like his meeting according to the rules of Boxing powerlifter Mikhail Koklyaev. Age is running out: in addition to a weak struggle, Alexander pass endurance and timing. After a few years he will be only a big name. A few fights which have no sporting value, but attracting the audience – all that can be remembered Emelyanenko Jr. at the finish of a glorious career.

Don’t want a fighter that was once predicted dominance in the MMA world, left the sport this way. But this is not the most important issue. The main thing is that Alexander brought to my life and ceased to get into a regular alcohol-criminal scandals. Otherwise, after a career of life can go downhill. Alexander is essentially a kind and sincere person, mentioned by many of his colleagues. But known issues prevent him from living. It is a struggle with inner demons – main in the life of Emelianenko.