HomeHockeyInstead of touch sbrasyvanie, the naked king and the first Russian with a championship ring

Instead of touch sbrasyvanie, the naked king and the first Russian with a championship ring

The alternative top-16 teams-winners of the Stanley Cup. 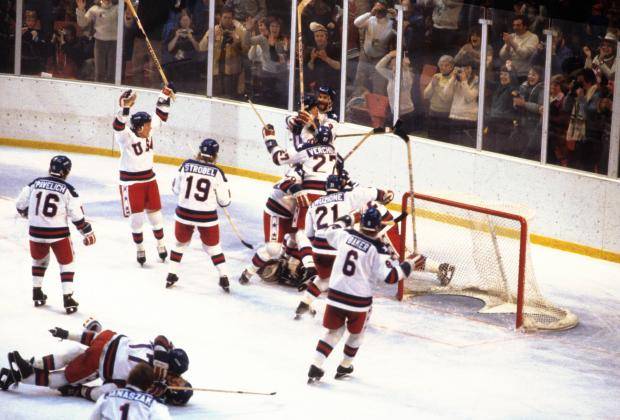 The official site of NHL vote of 13 staff members revealed the top 16 of the coolest Champions after the League’s expansion from 6 to 12 teams in 1967. We present an alternative, fundamentally different from the North American list.

Only 51 of the winner of the Stanley Cup season 1967/68 electors in their versions called as much as 44 champion. What does this mean? About blur to the selection criteria, or rather their absence. This confirms the dominance of the top-16 teams-dynasties that had a killer lineup, and so had to win by definition. What is valor?! What these monsters are sentenced to win everything, doing in the NHL?

Much smarter in this sense entered the IIHF. In 2008, its century anniversary, the international Federation has published the top 100 stories for 100 years. Based on the logic of the NHL, to win had the USSR national team in 1972, which record – winning nine straight world Championships and three Olympics to beat impossible. But no: the IIHF hoisted to the top of American students, who made the Olympics in 1980 in lake placid the biggest sensation in the history of hockey and all North American sport.

And it is absolutely right! For the most attractive, most exciting in sports is the unpredictability. And the sensation when the weak destroying the strong, at all the dream of every fan!

Because I categorically do not accept in the hierarchy of NHL “Edmonton”, “Montreal”, “islanders”, which simply well and faithfully did his job. Something to note, for example, a locksmith, who neither drank nor walked, and honestly fulfilled the norm? It is his professional duty. Another thing – Alexey Stakhanov and Pasha angelina. Because their names in the USSR knew everything.

Here are my selection criteria.

1). The rating correct to not start in 1967, and since 1992, when the NHL gathered all the strongest players of the world, including representatives of the ex-USSR and ex-Czechoslovakia. Or to start at least from 1980, when, after the collapse of the WHA all Canadians and Americans joined them Swedes, Finns, and several defectors from Czechoslovakia were grouped in the NHL. Of course, can be in the classification of the owners of the Stanley Cup from 1968 to 1991, but exceptionally and for special merits;

2). In the victory needs to be some spice, ideally a sensation like a Miracle on ice-1980, or last year’s tales of the “St. Louis”;

3). The victory should be feat is a team or individual;

4). Victory should be a beautiful story;

5). Victory entered the annals of the NHL as a historical fact.

There is nothing surprising in the victories of the team-dynasty; to do this, the best fit ranking of the General managers that these dynasties created;

– There is no special merit in the victory behind a clear advantage; rather, it speaks of the weakness of competitors in each season.

As expected in the charts, will move from the bottom up. In brackets the place in the ranking of the NHL.

The first Stanley Cup finals, shown on our TV, but with a terrible review ordinary interpreter, not a damn thing smyslyaschie in hockey – the throw-in was constantly called sbrasyvaniem.

The first final with the participation of the Russian defender of “Chicago” by Igor Kravchuk. No one then could not imagine that his coach Mike Keenan in the next century will win the trophy of the country’s eternal enemy. Yes not somewhere, and in the Urals, at the head of the club and metallurgical capital of Russia.

Young Jaromir Jagr heroically replaced in the semi-finals of supercapital Mario Lemieux when his cowardly blow with a stick of the brush put in the hospital striker Rangers Adam graves. Mario is back in the final series and get the steel capital of the US second Stanley Cup in a row.

To interrupt the hegemony of the aliens from “Montreal”, which took the Stanley Cup from 1971 to 1979, six times – a feat. No matter which way it was done by the highwaymen, as it was then called “Flyers” for their furious style with an abundance composed denounced the type of the Hammer Schultz, van Imp, DuPont, Kelly, Saleski, Barbera…

At the end of “pilots” in six games beat the Boston Bruins Bobby Orr and Phil Esposito. Philadelphia became the first team not from the original six, who won the Stanley Cup. In the championship parade has left more than two million residents of the first capital of the United States. In scope of the celebration of the victory of “Philly” witnesses compared with festivities on August 14, 1945, after the news of the surrender in the Second world war militarist Japan.

Latest Victoria’s oldest and most titled club of the NHL is just 24 wins in the Stanley Cup. Canadian workers with a smiley Roy in goal, not having a special star in the field, in five games (4-1) destroyed in the finals “Los Angeles” Gretzky, Kurri, Blake, Robitaille, mcsorley’s, a young Zhitnik. What finally debunked the greatness of Gretzky: if the most overrated player in the history of the sport not working the whole team was in “Edmonton”, once it appears that the so-called Great good-for-nothing.

The only victory in the history of the humble canadian squads from the region with a small market the fans was not accidental. “Lights” was going to triumph two years, winning two regular seasons in a row. In 1988, in the second round of the playoffs “Flames” dry flew (0-4) car, from Edmonton, in the semifinals defeated Detroit (4-1), and in the final – Boston (4-0).

In 1989, the “oilers” sensationally out of the race in the opening round. Suspiciously conceded in seven matches gray “Los Angeles”, which the company previously paid for Gretzky $ 15 million – crazy money. However, in the next stage, “calgary” down the so-called Great with his “Regulus” to Earth– 4:3, 8:3, 5:2, 5:3.

“Montreal” and “calgary” for the second time met in the final, last one for today with the participation of two canadian clubs. “Flames” took a confident revenge (4-2) for the defeat in 1986 (1-4). Vendetta was particularly sweet, because the final point was set at the legendary Montreal “Forum”. To do this only once the guests have stolen the trophy in this temple canadian hockey “new York Rangers” in 1928.

It was the first case when the Stanley Cup was won by the Russian. The forward “Wings of the Soviets”, Sergei Pryakhin for all unexpectedly became the first Soviet hockey player, who moved officially to the NHL, where he made his debut at the finish of the regular season. Because everyone was expecting first of all Vyacheslav Fetisov and his comrades of the best fives in the annals of world hockey.

Pryakhin played two games in the regular season and one in playoffs – April 9 in the opening round on home ice against Vancouver (3:5). Three games was not enough to first Russian name engraved on the Holy Grail of overseas hockey. But a ring for winning the Stanley Cup in 1989 a pupil of Igor Dmitriev received.