HomeFightsLebedev’s next fight will take place in Krasnoyarsk

Lebedev’s next fight will take place in Krasnoyarsk

The fight between Russian Denis Lebedev and (32-2, 23 KO’s) by a South African Thabiso Mchunu (21-5, 13 KO’s) will take place on 21 November in Krasnoyarsk in sports Palace of a name of Ivan Yarygin, the press service of Federation of Boxing of Russia. 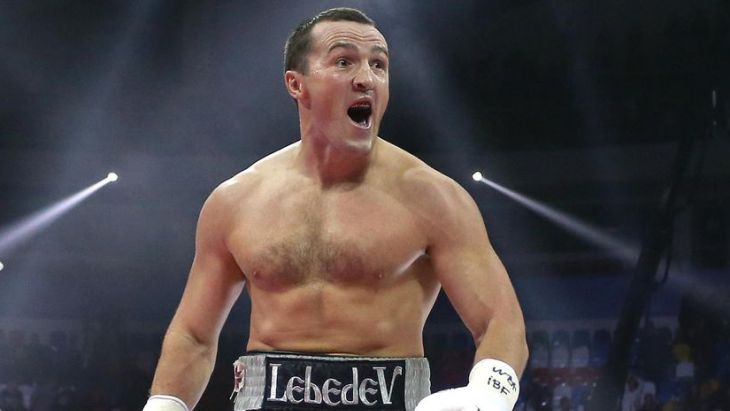 This arena accommodates more than 5000 spectators, given the best seats. For the winter Universiade of 2019 in the Palace of sports named of Ivan Yarygin was rebuilt, and during the tournament the stadium hosted the Curling competitions.

At stake is the fight between Lebedev and Mchunu will stand vacant WBC Silver title in the first heavy weight.

Also on 21 December in Krasnoyarsk will step into the ring one more Russian boxer of the first heavy weight — the former holder of the WBC Silver title Dmitry Kudryashov, who will hold his first fight after the June defeat of ILounge Salines in Yekaterinburg.

Dana white on the death of Abdulmanap Nurmagomedov: “Habib loved my father, now he needs to be alone”

Lutsenko: When the team all is well, you can think about personal ambitions

“The Russian five”. Ovechkin has collected pictures of people from “Washington”

“I hope he saw my race and was happy up there”. Shvartsman has dedicated the victory to his father, who died of coronavirus