HomeHockey“Magnitogorsk” has reduced the payroll on 620 million roubles. How she did it?

“Magnitogorsk” has reduced the payroll on 620 million roubles. How she did it? 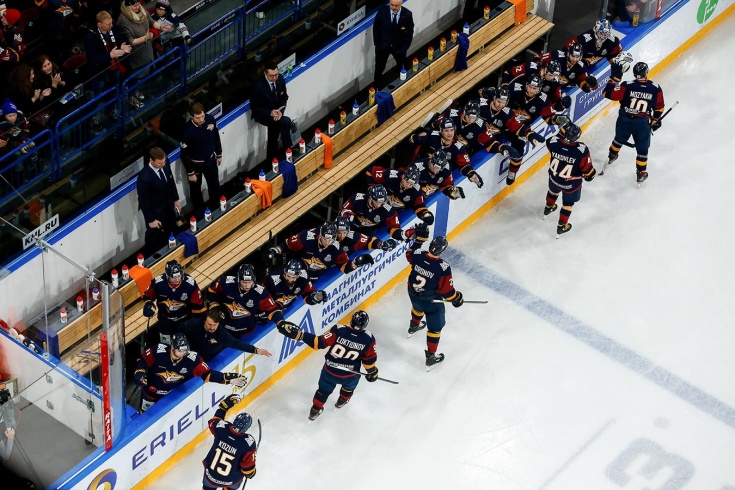 The old statement of “MMK” was 1.5 billion rubles

Publication payroll teams and the contracts of individual players has become the main trend of the work of the hockey media this offseason. Under a strict salary cap, this topic is genuine interest. This time our colleagues from “Sport Business Online” has opened the bill one of the main newsmakers of the offseason – Magnitogorsk “metallurg”. Outset that these amounts are not 100% accurate, however this information is as close as possible to reality.

Last season the ceiling of salaries in the season 2019/2020 in the NHL was 800 million rubles. He was “soft”, i.e. it allowed unlimited excess, but for the whim of the clubs in the League were required to pay a fine. Penalties – 30% of the exceeding amount, and this, of course, was spelled out in the regulations of the KHL. Next season no penalty for exceeding the salary cap has not provided, and the contracts of the players clubs can’t spend more than 900 million rubles.

According to the newspaper “RBC-Sport” Ural club were among the teams that are in tough salary cap did not fit dramatically. Statement Magnitogorsk amounted to 1.5 billion roubles, which ensured the new leadership of Magnitogorsk “Metallurgist” serious work in the transfer market.

Care Antipina and compromise with Masakini

First things first, in the Urals refused the services of defender Victor Antipina. The two-time winner of the Gagarin Cup was to be held in Magnitogorsk next season and earn 125 million rubles. In “metallurg” suggested the pupil of the club to re-sign the agreement on new terms, however, Antipin refused and terminated the contract with the club. According to our information, Viktor proposed to reduce the salaries of three times.

Was close to retiring from Magnitogorsk “Metallurgist” and veteran Sergei mozyakin. At some point in time it seemed that the negotiations of the Urals with the best sniper in the history of national Championships came to a standstill and there is no way back. Talked about it the first Vice-President of “MMK” Sergei Laskov, however, the parties were able to reach a compromise. A new one-year contract the 39-year-old striker will earn 50 million rubles per season excluding bonuses, which are not included in the salary cap.

Also seriously moved on the financial terms defenders Yegor Yakovlev and Gregory drones, as well as forward Nikolai Kulemin. In the offseason with all of these players were oversubscribed agreements on terms acceptable to the club conditions. It is from such options and refused the defender Antipin, who will now continue his career in SKA. In another “army” club, namely CSKA Moscow, will play and forward Andrei Loktionov. Last season, the player earned 95 million rubles, which did not work and 20%.

Good money earned in the Urals and Swedish forward Dennis Rasmussen, who is also the new season of “Magnitogorsk” will not. Left the team including the goalkeeper Vasily Demchenko, defenders Nikita Peptamin and Maksim Matushkin, as well as the canadian forwards Eric O Casesl and Brandon Kozun. Spared Magnitogorsk revolution and the champion of the team number of seasons – defender Evgeny Biryukov.

Carpenters – the most expensive player “Magnitogorsk”, Beck went on a salary reduction

With the new contract mozyakin not only lost its status as the highest-paid player in the KHL, but the status of the most expensive hockey players “Magnitogorsk”. New prima “metallurg” was Sergey Plotnikov, who turned in Magnitogorsk as a result of transfer via Khabarovsk. According to the plan of head coach of “metallurg” Ilya Vorobyov, a former forward of SKA to become a key figure in building a new team. His salary next season there will be 75 million rubles – this is the maximum annual salary on the team. It is noteworthy that mozyakin in new statements are included even in the top five.

Magnitogorsk managed to barter from the “Avant-garde” and forward Taylor Beck. Omsk club tried to get rid of canadian striker, whose salary was $ 70 million, the result was found the option to exchange. The management of “Magnitogorsk” has managed to convince Beka to go to the signing of the contract. According to various estimates, for each of the two seasons in Magnitogorsk Taylor will work either 55, or 65 million rubles.

Bet on the Finns

Despite the loss of 40 million rubles, defender Yakovlev in the new season will be the most expensive player in Magnitogorsk line of defense with a salary of 55 million rubles. Second place in this ranking is the newcomer Mikhail Pashnin (45 million rubles), the top 3 closes another newcomer Egor Martynov (30 million).

In the attack of sparrows is going to bet on Finnish forward Harri Pesonen (40 million rubles) and Juho Lammikko (47 million rubles), which for two people will earn less than those who left the club Loktionov. A major gain could be another ex-forward SKA Maxim Karpov, who went on more than twice the decline of the contract is 65 million in the SKA at Magnitogorsk he will receive 30 million rubles per year.

Finnish vector load and in the goalkeeper position. For anybody not a secret that initially the team had planned to return from overseas goalkeeper Artem Zagidulina, but the Russian goalie made the decision to stay in the “calgary flames” for another season. Then “Magnitogorsk” drew attention to the foreign market, signing a contract with former goalkeeper of “Admiral” Juho Olkinuora.

What remained of the money?

According to our colleagues at the moment, the payroll Magnitogorsk team consists of 762 million rubles. At the same time, he Laskov said recently that “Magnitogorsk” will spend 880 million rubles. A serious part of the difference will go to contract with striker Nicholas by Prokhorkina, sports whose rights were at the “metallurg” in a powerful trilateral exchanges involving SKA and “the Tractor”.

Out of the above statements and agreement with another party to the exchange defender Vladislav Semin. The services of two players will be “Magnitogorsk” in total, around 80 million rubles. Consider the possible conclusion of contracts with a number of players who are now in “the Metallurgist” on a trial agreements, and get the amount very close to the claimed boss “Magnitogorsk”. Management of the Ural club has managed to produce a sharp reduction in payroll and fit in a hard salary cap. Now – it for sports results.