HomeHockeyMalkin failed match in front of Ovechkin. In America, blaming him for the defeat of the “Pittsburgh”

Malkin failed match in front of Ovechkin. In America, blaming him for the defeat of the “Pittsburgh” 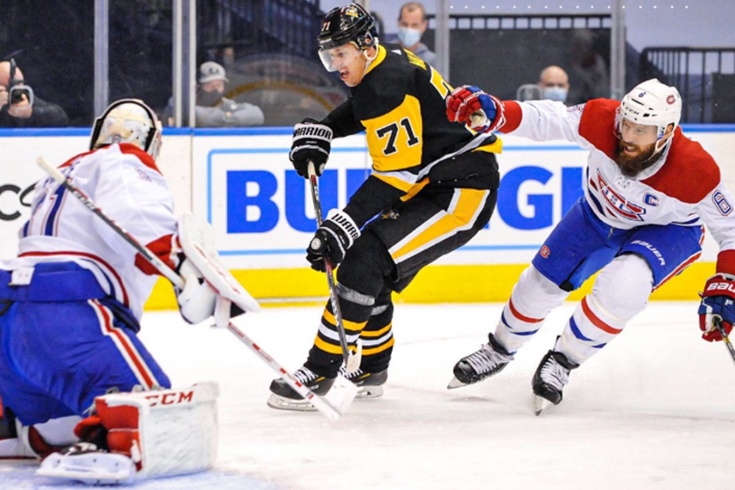 No wonder hockey players “Pittsburgh” before the start of the playoffs was afraid of hot Carey price. Although on the form of the goalkeeper of “Canadiens” was questionable and it could be assumed that the attack of “penguins” is too strong and variable to experience difficulties, but it still happened. 39 saves price did the trick, and Crosby and Malkin although very tried, but could not play effectively.

They did it in front of the captain “Washington” Alexander Ovechkin. A “Metropolitan” this day was a day off, and instead play computer games, Ovechkin chose to explore how our rivals do. “Washington” played in the second round of the playoffs against the Pittsburgh penguins in three of the last four seasons and won only one series — it was in the championship season, “capitals”.

“I don’t think that someone in our team underestimates “Montreal” and treats it as if it were a weak opponent. We understand how “the Canadians” strong in a team game. We have a lot of respect. We know that we need to play our best hockey to achieve success,” said head coach of “Pittsburgh” Mike Sullivan on Thursday during a videoconference. However, it became clear that the underestimation is still there, but the team’s actions themselves “the penguins” are still not up to par.

Pittsburgh tried to press, loaded price’s work, but it was somehow duty without any innovations. And “Montreal” in the middle period opened the scoring, pushing through the defense of the nominal home team “with meat” — and the defenders and goalkeeper Matt Murray looked very surprised when after the action Котканиемb the puck was over the line.

18 — 6 shots — this was the stats after the first twenty minutes, but a three-fold advantage is not given “Pittsburgh” absolutely nothing. Their chances, “penguins” is not fulfilled, and empty running turned into a quick counterattack in which Nick Suzuki has increased the advantage of “Montreal”.

To honor the Pittsburgh penguins, the team is aware of the criticality of the situation until the end of the second period managed efforts of Crosby and Rasta to equalise, but to put the squeeze on “Montreal” Malkin and company did not succeed. Eugene himself had a lot of moments — especially concerning most of the time when in the beginning of the third dvadtsatiminutki the “Canadiens” happened four consecutive removal. Malkin taken out for a throw when playing five-on-three, but the Russians could not break through the price, and the fans even began to remember his blunder in the friendly game with “Flyers” that sharp tongue of Paul Bissonette called “pizza delivery to Kevin Hayes”.

“Malkin spent a disappointing match. Looked good, but so many unconverted chances!”, — wrote fans on Twitter, in comments to the official reports the press service of “penguins”. “And Malkin can score in cassana? In most of his twice taken out to be shot, he both times did not hit the target. Ovechkin had scored two out of two in such situation”, — said in the “Twitter” fan George Naser.

A chance to improve as the “penguins” at the end of the third period when the referees appointed in gate “Montreal” free throw for the hook Brett Kulak under one-to-one. Before the end of normal time was three minutes, but Conor Shiri has failed to discharge the bullet, missing by the target.

It said courtesy of Jonathan Drouin, who missed a free throw in overtime already — unlike Shiri, the forward of “the HABs” never managed to quit.

All ended with a goal defender “of Montreal” Geoff Petrie, who is hidden with a throw beat Matt Murray, who played not the best match.

“The match showed that we need to play more consistently. Need to crash the net and do light throws for the goalkeeper. We had chances, but we can do better. Today most didn’t work, although it was possible to solve all in their favor. Well, back to work tomorrow,” stated the head coach of “Pittsburgh” Mike Sullivan.