HomeAutosportMercedes repainted in black due to the policy. Gorgeous livery! But what about tradition?

Mercedes repainted in black due to the policy. Gorgeous livery! But what about tradition? 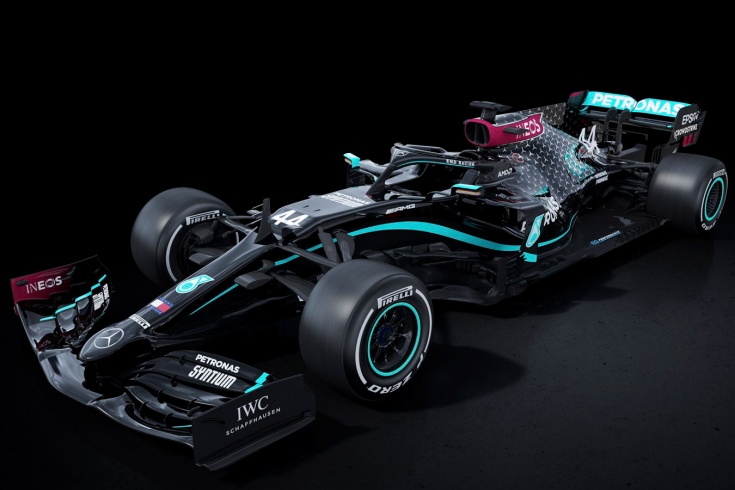 Formula 1 left side — and could not stay from the latest events in the world. Coronavirus everyone already tired, so no one discusses the rally in support of doctors. On the agenda of the movement Black Lives Matter, whose Ambassador in Formula 1, predictably, a six-time Formula 1 world champion, Lewis Hamilton. Today the team Lewis announced the development of a new racing livery for the season 2020: a traditional silver coloring will replace black — with clear explanation. The change of livery Mercedes wants to attract attention to the problems that the movement of the BLM – that is, discrimination on racial grounds.

Can be completely different attitude to the decision of Mercedes to BLM-campaign, but I have not yet met a single person who doesn’t like the new livery: it is really stylish, fresh. Gray has become boring, and the current radical renewal obviously had to the court. 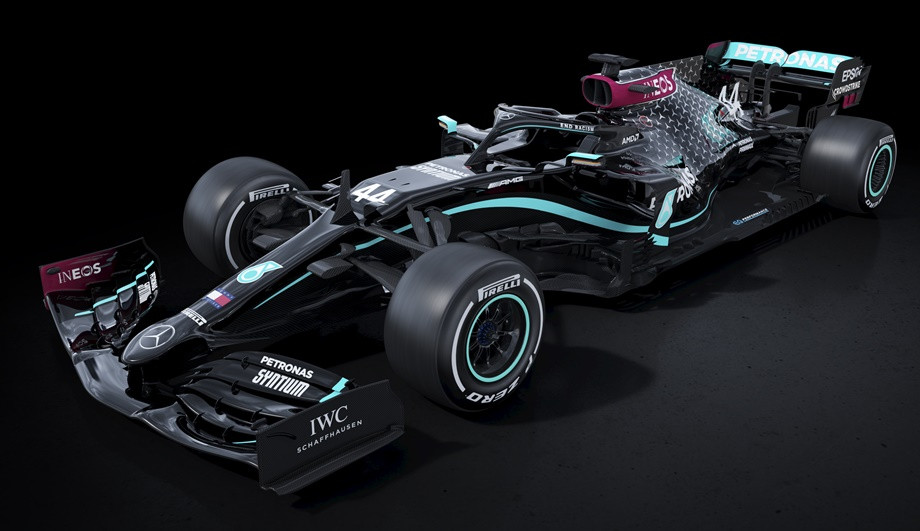 By the way, if someone did not notice on W11 rainbow symbols — they are elegantly placed on the rear view mirrors. And the “halo” caused the inscription to End racism. Again, the political views of “Mercedes” can be viewed as anything, but the designers for their work definitely deserve five. 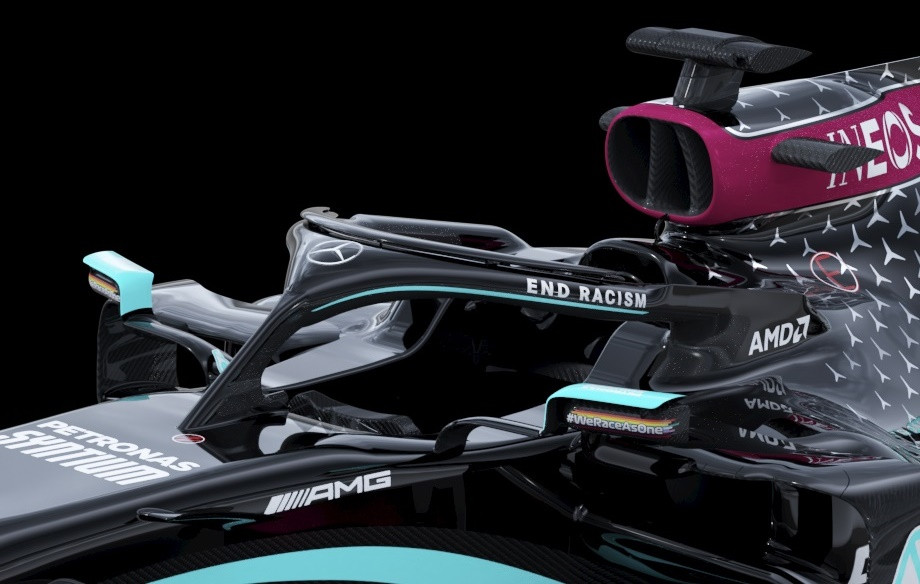 And one more thing. On the new livery yet logos of the former title sponsor of the “Williams” company ROKiT. According to rumors, the new partner had to appear before the Grand Prix of Austria. Will see if we can talk about the difficulties in negotiations or ROKiT and the team just decided not to mix the two PR reason.

Lewis, as the chief ideologist of involvement throughout Formula 1 in politics, of course, was pleased with the recent decision of Formula 1 to organize a new anti-discrimination initiative We Race As One, and a fresh deed of his own team.

“It’s incredibly important now to take a moment to become better, and bring real meaningful change in the issues of equality and inclusion. And what does it matter whether we are talking about a particular person, brand or company.

I personally experienced racism in my life and saw my family and friends suffer the consequences. So speak from the heart when calling for change. Communicating with Toto Wolff, I expressed the hope that we will be able to achieve more as a team. It’s so important that we were United. And I would like to thank Toto and the rule of the “Mercedes” because they took the time to listen, to talk and to really understand my experience and passion in these matters. The team is ready to change and improve. We want to create a legacy that goes beyond sport, and if we can successfully start our own business, this will send a huge pulse of others,” said the driver.

After such act of “Mercedes” even harder to imagine that Hamilton did not conclude with the “silver arrows” (or now not?) a new contract.

What is going “Mercedes”

In the official press release from the team complains that one of its employees, only 12% were women, and the proportion of ethnic minorities and below: 3%. Mercedes promised that the new livery is only the beginning: the team intends to develop and present a comprehensive program that will provide more chance to the minorities.

If to speak about some external, “image” actions, then the command is not limited to repainting of racing cars. Pilot overalls, too, will become black, and will change the design of their racing helmets.

Mercedes made a strong PR move, but what’s next? While the team announced that the black livery will be used throughout the season 2020. It is unclear whether the return team in 2021-m to traditional silver arrows. On the one hand, it would be strange after the final Grand Prix of Abu Dhabi like to pretend that the problem of racial discrimination is successfully solved, and therefore get rid of new colors. On the other — black livery contrary to the tradition of “Mercedes” and the same nickname “silver arrows”. Or the problem is elegantly solved with the departure of the factory team of f-1?

There are applied questions about the initiative of the Germans by providing more opportunities for women and ethnic minorities. In the end, the team 97% of the representatives of the European race simply because it reflects the ethnic proportions in England. If there is some kind of discrimination, it exists not on the level of employment in the command of f-1, and in that moment, when the young blacks/Asians/women are not recommended or simply allowed to study engineering.

If we touch on the topic of racers, Lewis was the only black pilot, not because of discrimination but simply because in the countries where a lot of African Americans don’t like Formula 1. How many in f-1 have recently been citizens of the United States? And it really is a well-developed sport in Africa? No wonder at the time, the journalist Denis Jenkinson said: “Perhaps somewhere in Siberia lives the greatest racer of all time. Except for one tiny drawback: he has never seen a race car and most likely will never see him again”.

In General, and Formula 1, and Mercedes are promoting projects in the spirit of the time, but there is a feeling that in the case of motorsports, the problem is not at the level of f-1 and much lower. And will it help to solve fresh initiatives have yet to learn.

And black livery of the Mercedes, again, cool.