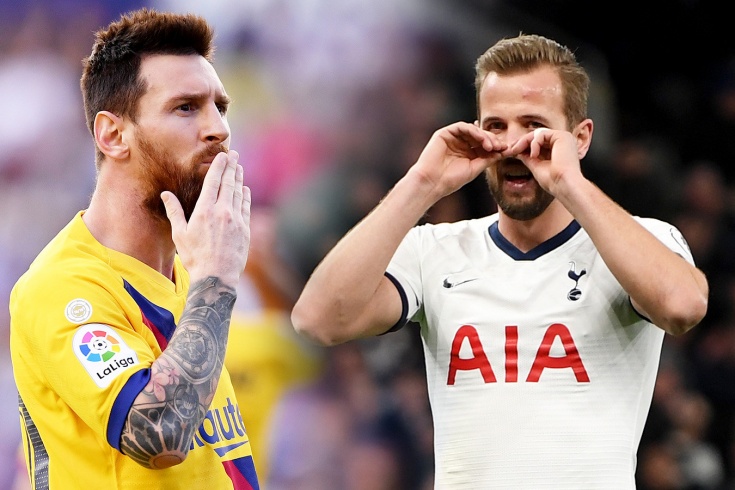 While football on the break, and the players are not your favorite things to suffer from boredom, their agents, regardless of the circumstances, trying to work. Even during the quarantine continue to receive the news and rumors about the European transfers. The most interesting of them in our text.

In early March, the authoritative edition of The Telegraph and Goal.com reported that the English striker got bored in Tottenham. Kane wants to win trophies, and the “spurs” this season can even “fly” by in the Champions League. Therefore, in the summer Harry is going to consider other options for a career. A little later the striker himself indirectly confirmed this information.

“People often ask me about my future. This is one of those questions that I can’t say anything definite. I love the club. But if you feel that we are not progressing as a team or are moving in the right direction, I’m not one of those who remain. I am an ambitious player,” said Kane.

Now the media are sending the striker “Manchester United” and “real”. It is reported that “Tottenham will let go of their leader no less than 150 million pounds.

The Brazilian striker with French club relationships are quite difficult, therefore, in the nearest transfer window PSG can part with his star. According to ESPN, behind Neymar Parisians want to gain about 150 million euros. The only condition of the deal – the negotiations should not be delayed, as in the summer. However, according to Sport.es, the player himself is willing to leave. So, the success of the transaction will likely depend on the amount of compensation.

The Spanish newspaper El Models reported about another interesting details of the negotiations. According to the publication, in the transfer of Neymar Messi is interested. The Argentine allegedly intends to leave the club, if the transfer of the Brazilian will not take place. Leo is dissatisfied with the results of the Catalans and, according to Spanish journalists, the only change demotiviruet striker Neymar to stay at the club.

Spanish and Italian media during the month of March has declared that “Barcelona” is planning to exchange 2-3 players on the forward “Intera” Lautaro Martinez. However, Sport.es later said that the Italian club are only interested in money. So now the Catalans are supposedly looking for an opportunity povygodnee sell Antoine Griezmann, who has not yet revealed his potential at the club to get funds to buy Argentine striker. To leave French blue garnet going at least 100 million euros. On Griezmann claimed “Manchester United”, “Paris Saint-Germain FC”, “Chelsea” and London “Arsenal”.

Is Martinez Barcelona can acquire a Forward. Says Sport.es back Gabonese really wants to move to the Catalan club, and some of his relatives have even moved to the suburbs of Barcelona. In winter, the Blaugrana were interested in the striker, but Arsenal didn’t let him go. Probably in the summer the gunners to be compliant.

Rakitic and Ter Stegen will leave the “Barcelona”

As reported by Marca, Rakitic, lost his place in the starting lineup, Barcelona, intends in the summer to change the club. The midfielder has rejected Juventus because they’re planning to stay in Spain. However, the other contenders for the player “Seville” and “Atletiko” — there is a good chance of successful negotiations.

To leave the Catalan club can and main goalkeeper Marc-Andre Ter Stegen. To sign the goalkeeper want Bayern, Juventus, PSG and Chelsea.

“Real” get rid of Bale, Marcelo sell and buy Holland or Manet

According to the Daily Mail, the Royal club is willing to part with Bale for free, despite the fact that the contract of the Welshman already expires in 2022. The publication describes three reasons for this decision.

First, Zidane does not see Bale in the team. Secondly, the “butter” does not want to pay spare a huge salary (17 million euros per year). Third, because of a British exit from the European Union midfielder gets under the limit in Spain is allowed to include a maximum of three players not from the EU.

Also to get away from the “real” may Marcelo. Juventus is looking for its rival left-back Alex Sandro. The Bianconeri believe that the Brazilian can help the fellow become even better. They interfere with the transition of the defender is not going to.

The plans of the “real” purchase driven forward. The ideal candidate for this role Madrid, the club believes , Erling Holland. Now the Norwegian fuerit in Borussia Dortmund and worth a whopping € 75 million. However, due to the pandemic in the fashion industry, its price may decline.

In addition, real Madrid is interested in signing Sadio mane. According to Mirror, the shape of Senegalese in the last two seasons has attracted Zinedine Zidane. Real Madrid have already informed the representatives of the Manet about the possible beginning of negotiations. They believe that Liverpool are interested in the offer for the player in the amount of 150 million euros.

Another big news of the summer transfer window could be the departure of Cristiano Ronaldo from Juventus. According to Italian media, the Portuguese is experiencing because of the situation with coronavirus in Italy and does not intend to return to Portugal. As reported by Diario Gol, sign star player want Manchester United and PSG.

Higuain will move to Bilbao

In the summer the striker, Juventus contract expires, and to renew the agreement, the Bianconeri seem in no hurry. Marca reports that athletic Bilbao will attempt to get the Argentinian, if he still becomes a free agent. Forward great-grandfather was Bascom, who emigrated to Argentina, so any obstacle to the transition Higuain in “athletic” is not expected.

As reported by Sport Bild, the Munich summer the club plans to part with three regulars: defender Jerome Boateng and Midfielders Javi Martinez and Corentino Tolisso. Due to their sales leadership hopes to unload payroll to sign the midfielder of inter , Ivan Perisic and striker “Manchester city” Leroy Zane.

Milinković-savić will become a player “PSG”

This summer, the talented Serbian midfielder could finally go to a big club. According to La Gazzetta dello Sport, the 25-year-old footballer interested “Paris St Germain”. It is reported that Lazio would part with their leader no less than 100 million euros.

Also on Milinkovic-Savic of claim “inter” “real” and “Manchester United”.

Among the stream of transfer rumors, we can also distinguish four more interesting news.

German newspaper Bild claims that Liverpool striker in the summer will acquire Leipzig Werner and leave it for a year in Germany on loan. Supposedly now Timo is very difficult to win the competition Manet, Firmino or Salah.

Another English Grand Manchester city in the coming transfer window is going to get the defender of “inter” Milan Skrinjar. “Citizens” have serious problems with the defense that 25-year-old will be able to solve.

Located just below in the standings of the Premier League “Chelsea”, it seems, will not be able in the summer to keep the midfielder Willian – the London side fail to reach an agreement with the Brazilian on a contract extension. Now it claimed, “Bayern”, “Arsenal” and “Tottenham”.

Moreover, the big of a deal to make “Manchester United”, who has his eye on Ajax midfielder Donny van de Beek. In the summer Manchester United will attempt to sign the Dutchman, if Madrid refuses a preliminary agreement with the player.