HomeFights“Mother we set up that she was crying.” The Dagestani fighter paralyzed after a bad fall

Pasutti Aliyev broke his neck during a fight. 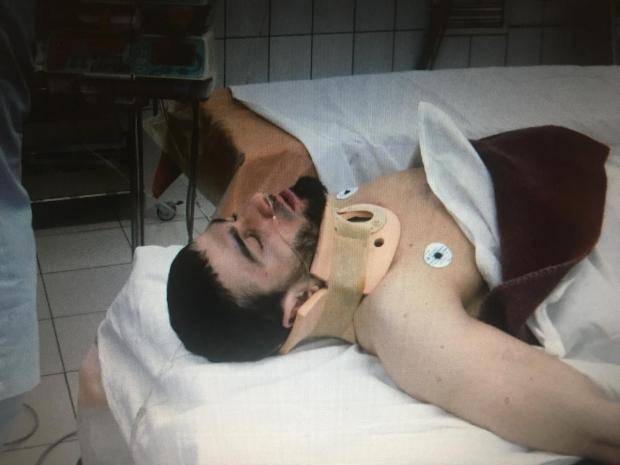 A fighter from Dagestan , Pazotti Aliyev broke his neck during a commercial of the tournament on a grappling (wrestling, which combines various types of martial arts, but also suffocating and painful receptions). The accident happened in St. Petersburg. Footage of terrible falling out. The video shows how the Aliyev has been pursuing a fight with his rival.

The athlete had intended to execute a throw, but a bad fall right on the head. The audience heard a strong crunch and a scream 25-year-old fighter.

First aid was rendered by those present at the sports doctor. Medic has recorded the neck of the fighter. In a few minutes the ambulance arrived. The athlete was taken to the Institute of emergency care named after I. I. Janelidze.

Aliyev was diagnosed with a fracture of the cervical vertebrae. He’s paralyzed – can’t move my arms or legs. According to the coach of the athlete Cairo Zakiev, the athlete closed spinal cord injury. Complicated by locked bilateral dislocation of the spine C5, linear fracture of the C2 pedicles of the spine. The guy received severe spinal cord injury, but the gap, incompatible with life, no.
The victim was operated on. He already came to.

– There is a positive trend. He is conscious, communicates. However, can not speak, he is under the unit. Everyone is aware of. The mother here. We set it up so she would not cry, ‘ said Zakiev channel “360”.

According to the coach, fighter moved from Dagestan to St. Petersburg about a year ago. Earlier Pasutti engaged in the classic struggle, the last six months has been training in grappling. Aliyev had previously won the tournament in grappling. The athlete decided to compete a second time.