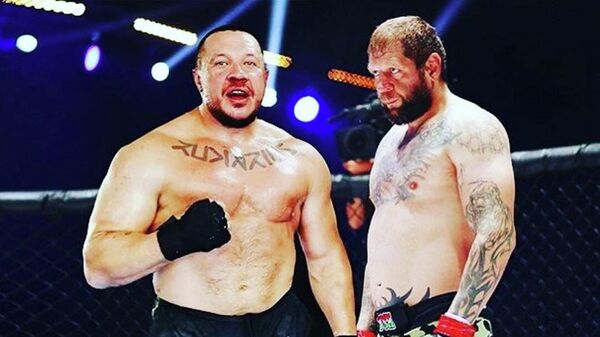 November 29 at the ice arena “Dynamo” in Petrovsky Park will host the match under Boxing rules between mixed martial arts fighter Alexander Emelianenko and powerlifter Mikhail Koklyaev. On the eve of one of the biggest fights of 2019 Russian athletes met with journalists and told about their readiness, the anticipated giving the audience some striking statements.

In the asset 38-year-old Emelianenko’s 28 wins in mixed martial arts, seven losses and one draw. 40-year-old koklyaev known for his achievements in the field of strength extreme, the fight with Emelianenko will be his debut in Boxing. The Boxing Federation of Russia supported the initiative of the organizers of the match, is the REN TV channel with the support of the head of the promotion company Fight Nights Kamil Hajiyev Global.

“A massive man, but not a fighter”

In the beginning of the press conference Emelianenko answered the question, why isn’t posting on a social network videos of their sparring. “I don’t want to give an opportunity to the opponent to check my work. My physical form is a big training process. I come to the gym and not get tired, can work as long as the coach does not expel,” said the fighter.

With a smile he added that he appreciated its nearest rival “dignity”. “Michael consists entirely of weaknesses. Did not see anything that could embarrass me during the battle with him. It will be hard in this game. He’s a big man, but not a fighter and weightlifter. So in our battle, keep your hands of your head,” asked Fedor to Koklyaev.

Powerlifter with a smile took the attack of the opponent and said that many have given him such advice. Separately koklyaev allocated abdulmanap Nurmagomedov guidance of the father of the champion of UFC Habib Nurmagomedov. According to the athlete, well-known coach advised him to “try to not work on the head, and take aim on the area.”

Their willingness to fight koklyaev evaluated positively. During the training of a powerlifter dropped more than 30 kg, on Monday morning his weight was 134 kg 115 from Emelianenko.

“I started my changes, training everyday, trying to respect the day. Since the end of March 2019, it was clear to me that our fight should take place. Then I began to prepare, to endure, because it is unusual for me to work. But man has will, which is important to force yourself to do something. With the motivation I have had no problems, it was enough to remember who I’m fighting, and all issues have resolved themselves. Besides, there was always people who supported me,” shared koklyaev.

He noted that at the initial stage of training the greatest attention is paid to the functional component. Koklyaev the fight and Emelianenko is designed for four rounds of three minutes.

“Got to make the heart stronger so think we did everything right and on time. And the crowning blow, I have no plan to work, to press them to use their people that the haters made me in the negative. I believe that on the contrary it is to my advantage. I would be hard, but just breathe. I breathe – I see, I see – I will defend, I will defend – I will try and get there, too,” said koklyaev.

The idea of the battle Koklyaev and Emelianenko started because of the conflict in Instagram, and in October between athletes scuffle. However, the press conference and the duel views were held in a rather friendly atmosphere. Emelianenko even gave Koklyaev chocolate candy, for which he received a commendation from the opponent.

“With the signing of Alexander gave me a protein bar. I put it in the safe for money, and then plan to freeze it to show your grandchildren, great-grandchildren and tell how this fight changed me. Here today and presented a piece of candy I want to keep” – with a smile told koklyaev.

On mutual sarcastic remarks between himself and Emelianenko powerlifter spoke very positively. “I think that between us healthy crestock. This is not macgregoria that black in the first place athlete, when you no money will not come off. We have the same healthy Soviet humor, banter. I think we once again proved that we are not stupid,” said koklyaev.

On the question of whether he thinks the coming battle “prigovym”, powerlifter answered in two ways: “If to speak the modern Russian boy slang language, our fight “frikovaya”. Speaking of Soviet, this is a fight between two healthy, strong and motivated men.”

Emelianenko at a press conference, was less diplomatic and still teased Koklyaev phrase that I saw in his eyes fear. This powerlifter said that he saw in the eyes of the opponent’s error.

Not without question to Emelianenko about his elder brother Fedor – one of the greatest fighters in MMA history. Emelianenko Junior not able to answer, see whether the Last Emperor his fight. But the theme was picked up by Kamil Gadzhiev.

“Probably, it is necessary to invite Fedor to fight. It generally should be invited to all the big fights, because he is the legendary representative of the industry. But Fedor fight on new year’s, so the chances of seeing him alive is very small. I think he’s deeply in the training process, it is not enough in the information field. But I admit that the fight he looks, whatever his relationship with Alexander,” said the head of the Fight Nights Global.

So is there any intrigue?

In the context of such an unusual match, everybody is free to make a prediction. In addition, the balance of power today has changed regarding what was a couple of months ago. For example, Hajiyev urged not to take Emelianenko uncontested winner of the battle. 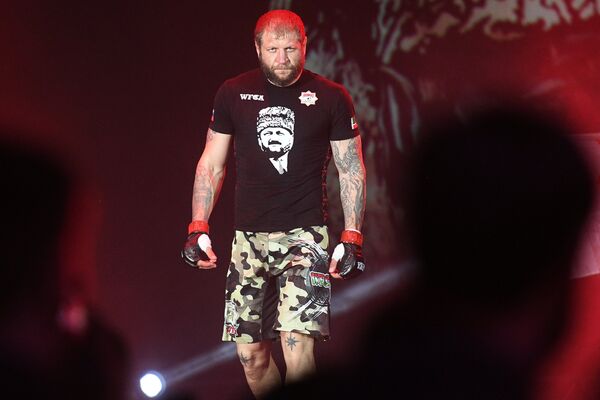 “I think Sasha for this fight taken lightly. You can not say about Misha that I believe more and more. Now I believe that Koklyaev still have a chance, and they are not small. This evening will see 11 thousand people, the stream will look the whole country. This is a great way to show off,” said one of the organizers of the battle.

Koklyaev said that Emelianenko will indeed be the “first violin” in the course of the fight, but he doesn’t mind. Powerlifter even said that in case of victory, ready to give the opponent a rematch under MMA rules.

Emelianenko in his assumption about the outcome of the fight was more straightforward. “Get out of my head thinking that I would lose this fight. I’ll win it. Motivation is my discipline. I spent my life in battle, and Michael just four months ago, first entered the ring. I am sure that I will beat him, he studied it his whole life. The shot of Michael in one ton? Still need to get there. I’m not going to stand in one place”, – said the fighter.

Just to say that whatever the outcome of the duel, the participants will earn impressive fees. They reveal the organizers did not, but koklyaev hinted at the amount of his compensation: “To earn the money that I get for the fight, I would have needed to win World’s Strongest Man and Arnold Classic (two of the largest tournament on a power extreme – approx. ed.)”.