HomeHockeyPanarin, Buchnevich and Georgiev dragged the Rangers in the playoffs (video)

Panarin, Buchnevich and Georgiev dragged the Rangers in the playoffs (video)

Overview of the day’s play in the NHL. 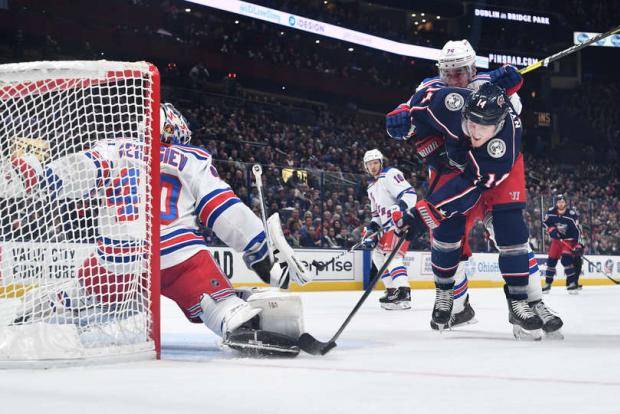 Artemy Panarin, Evgeny Malkin with Ilya Kovalchuk tear the next day of the National hockey League for the Russian fans. There are four matches this time, but as cool as all expected. Our superlambanana can’t keep quiet! Look at what is.

“Montreal” came to visit “Pittsburgh”. First need points like air, Kovalchuk is trying to help struggling, but he alone is hard. The owners are fighting for leadership in the NHL, he is still the incentive! Malkin ranting and raving in the last matches. However, this time he said nothing. Therefore, in the first period was a lull. Goalkeepers, of course, did not let bored, but bored a bit. But in the second third of the penguins raced ahead. A few quickly abandoned, but the “Canadians” responded almost immediately. Kept the intrigue. However, it did not last long. Soon another puck, then another. Although without the help of Malkin, but Pittsburgh has won confident! What will happen when Eugene wakes up again? Waiting for the next match, “penguins”, will certainly be interesting.

“Columbus” took home “Rangers” with the best Russian scorer Panarin headed. Both clubs need points, they are fighting for the playoffs. “Rangers” much like left behind, but began to reduce the backlog from the zone playoffs at a good pace. Panarin also woke up after a scoring drought. And Pavel buchnevich is not far behind, in less than thirty seconds he opened the account. What a way to start! “Columbus” is also one opponent. They snapped, a little oklemavshis. Equalized, but not for long. New Yorkers got a momentum and scored again. And then Panarin did the key transfer. And you please 3:1. The Rangers not giving in to the playoffs, nothing at all! Goalkeeper Aleksandr Georgiev has reflected 36 throws from 37. Only Russian guys are dragging new York forward, isn’t it?!

“Winnipeg” lost “”San Jose”, a very annoying defeat. After all, Canadians are struggling to cling to the zone playoffs, and now here you are. It’s a shame to lose, when every point counts. Chances are of course still there, but need to start winning. “Carolina” on their site do not leave chances to the outsider, “new Jersey”. Everything is clear, guests do not on what not pretend, they are by a large margin behind of all that is possible. 5:2 is a legitimate expense. Andrey Svechnikov scored his 23rd goal.