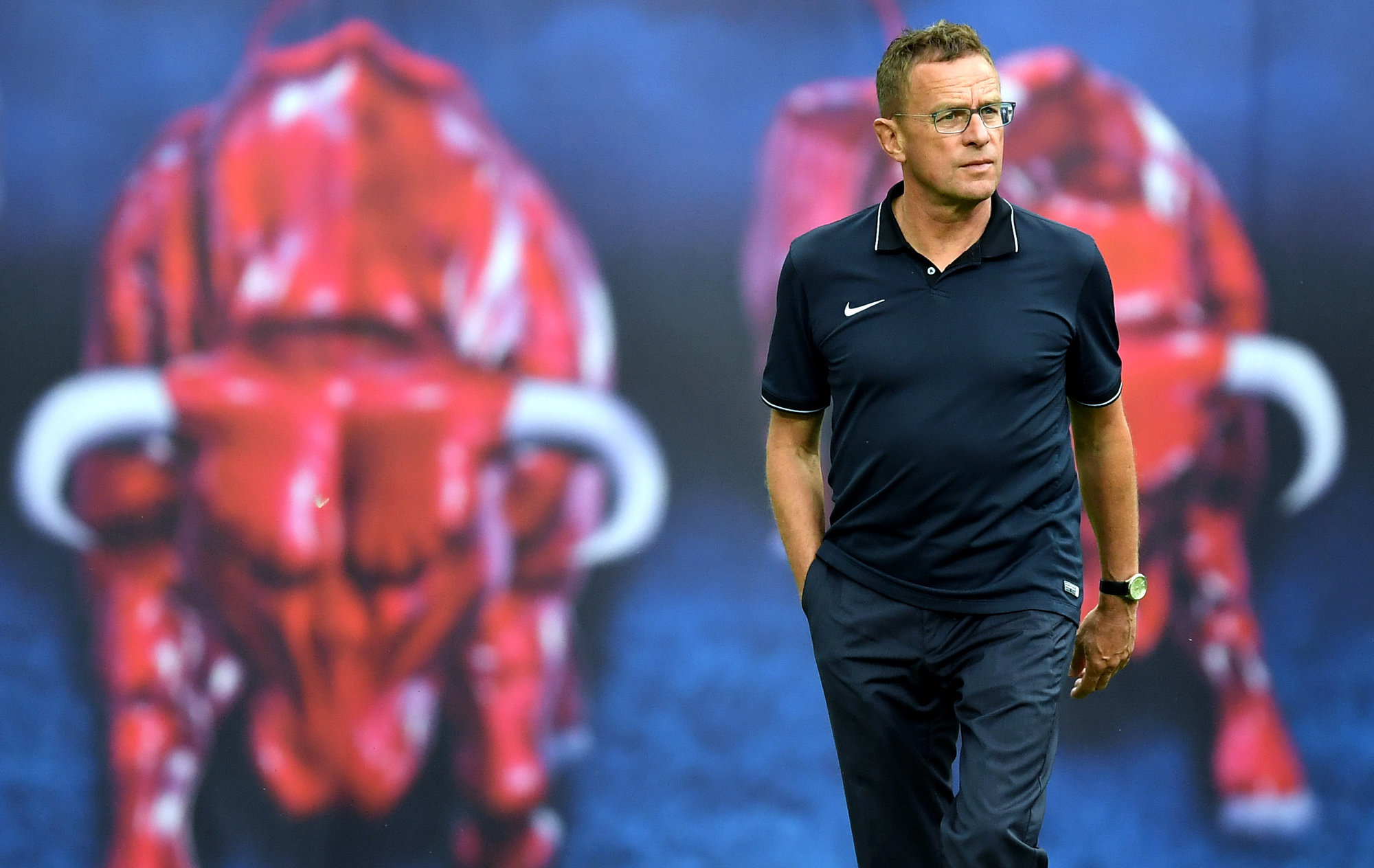 According to media reports, Ralph Rangnick finally reached an agreement with AC Milan after several months of negotiations. The German will lead the team next season, replacing coach Stefano Pioli. The purpose rangika also threatens the resignation of the current technical Director of “Milan” Paolo Maldini, who in recent years accused of incompetent management of the club.

For the candidacy of Ralph Rangnick “Milan” has caught on for a reason. The main reason for the protracted crisis at the club called the primarily unsystematic, inconsistent management. In search of the former greatness of the bosses of the club took an impulsive and improvident decisions, not knowing how to be patient and organized useless, but expensive transfers, changing coaches like socks… For the last six years, Milan has worked with nine different specialists! All this took place, moreover, against the background of constant intrigue and shifts in management. Ultimately from the Italian Grand nothing left: the club lost a recognizable style, football philosophy and organizational.

This is a global problem and aims to solve Ralph Rangnick — professional football image-maker, a talented Manager and in some sense a philosopher. Specialist actually is one of the fathers of modern German football — no wonder the Bundesliga experts call “Regnicoli”. Ideas Ramnicu inherited the coaches of six of the sixteen teams of the Bundesliga: Schalke, Borussia mönchengladbach, “Cologne”, “Wolfsburg”, “Eintracht Frankfurt” and “Leipzig”.

A common feature of games all these six teams is an obvious emphasis on pressure. It is, of course, Rangnick did not invent, but brought a special technique based on “triggers” — special play signals that tell the players: it’s time to “pressurize” the opponent. Having selected the ball as a result of this pressure, the team rangiku instantly rush to the counter and within a few seconds to strike at goal. Between the selection and the goal in this system is not more than 10 seconds is required for such a rapid response tactical skills Rangnick details to work out with the players in training. It is because of this philosophy and raised the concept of geenrating that uses Jurgen Klopp.

Rangnick's team's like to overload certain area's, looking for the quickest possible breakthrough, pressing to regain possession, and work the ball quick to wide combinations with short passes and through balls to break the opponent's defensive lines. 2/3 pic.twitter.com/PuIWraZy9j

Ramnicu major breakthrough happened when he took the helm against Hoffenheim. For two years the German led the club from Sinsheim provincial of Regionalliga in the first Bundesliga, where in the first half of the season his team won first place. Finished Hoffenheim on the seventh position, but achievements Rangnick is not diminished: tactics of German is seriously interested in the world. Similarly, in a few years, specialist has helped to break into the elite “Leipzig”. It is significant that since then, both teams entrenched in the Bundesliga, continuing to play some attractive and effective football, in both cases Rangnick managed to create a Foundation for the independent evolution of the clubs.

To achieve such a result, Rangiku required the full trust of the management. In a “Hoffenheim” and “Leipzig” German coached “English style”, dealing not only with the training team and transfer policy. Rangnick searched and reveal talented youth (thanks to the German started the stellar career Sadio mane, Nabi Keith and Timo Werner) and independently distributed the budget to buy certain players. The key merit of the specialist has always been that he was able to build a working system in which each component contributes to the achievement of club goals:

“I look at it as a puzzle of 500 pieces. My role is to make sure that we have everything to ensure that every player could develop.”

After receiving an offer from AC Milan, Rangnick immediately put forward to the club’s requirements are met. However, it is clear that the Italian leadership knew, with whom deals, and have seen in the philosophy of the German Manager, the way to salvation. According to media, at least for the first season, the club is ready to offer the Germans needed him the authority to rebuild and upgrade of Milan.

📰Sky: Milan confirmed to Ralf Rangnick that they will be providing the amount of 75M€ as a transfer budget. Priority will be given to young players whose price tags do not exceed 20M€. pic.twitter.com/ISP0FBHzIC

Rangnick asked Milan about 80 million euros on the transfer spending, which have recently received consent from the club. At the meeting with the Executive Director of “Milan” Ivan Hasidism and club owner Paul singer, the German pointed to five of their main transfer targets. Ramnicu interested in defenders Nikola Milenkovic (“Fiorentina”) and Denzel of Dumfries (PSV), Midfielders Florentin Luiz (Benfica) and Dominic Soboslai (“Red bull Salzburg”), and forward Luka Jović (real Madrid).

AC Milan Probable XI 20/21 if Rangnick arrives with a 442 pic.twitter.com/JPJwcsbcjU

While Rangnick also going to take a course on the rejuvenation of the composition and, of course, to rebuild the team tactics. It is unknown whether there will be then a place in the new “Milan” for the current stars of the club, Zlatan Ibrahimovic.

“Rangiku like young players who can play fast and aggressive, lots of pressure. Ibra and Rangnick — two strong personalities with their ideas, see how they get along together. Rangnick very accurate and precise person. If someone did not follow his plan, he is eliminated”, — commented the former Milan player Oliver Bierhoff.

The reverse of the medal

Of the last five years Rangnick only one held on the post of coach. This has a natural explanation: at some point methods 62-year-old specialist started to become obsolete. Revolutionary ideas Ramnicu live a long time regardless of himself and many of his followers have surpassed the teacher. It is not surprising that in 2018, the German decided to step away from coaching Affairs, received an invitation to the post of head of the sports Department in the “Red bull”, where highly valued it management skills.

At the same time, leaving Hoffenheim in 2010, Rangnick since then, never stayed in any club more than one season. From Schalke, for example, the German went after seven months of work, citing burnout and fatigue. His last season in the “Leipzig” (2018/19, third in the League), however, shows that the gunpowder in the flasks by a specialist quite yet. In “Milan” have Rangnick will be more resources for the development team than in the “Red bull”, and further stimulate it will be as prestigious status of the club and the fact a new career challenge. The main thing — to give the German time. Another pseudo-restart “Milan” can not withstand…