Our vorotili continue to conquer the NHL. This time he won all four that came out in the start, conceding a total of six goals. 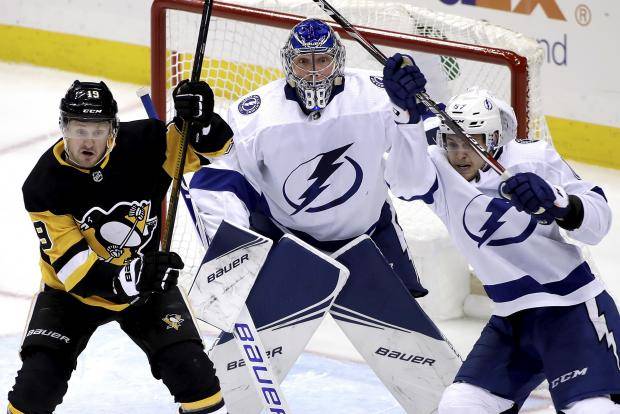 Again particularly distinguished debutant Igor Shesterkin – almost got a concussion, but post is not passed, providing the Rangers a crucial away victory over the “Winnipeg” – 4:1.

The only season to visit the most expensive hockey team in the world in Winnipeg jets timed touching celebration, tightening the beginning of the match almost half an hour. Honored ex-captains “of reacTIVision” canadian defenseman Randy Carlyle and Swedish forward Thomas Steen.

Personalized sweaters both raised under the arches of the arena, after which they performed a symbolic throw-in in the starting. Under the supervision of… Who do you think? The beloved of all Soviet boys of the 70-ies of Bobby hull! Hockey God of Manitoba, where the best sniper in the history of North American hockey (913 washers) spent his entire career in the WHA. 81-year-old Patriarch was in good spirits and was very warmly received by the public.

After such an inspiring preamble to the owners rushed to the guests with such fury, though on the other side was not the American “Rangers” and the Moscow CSKA. Well by color or shape – their St Petersburg teammates. I’m not exaggerating because I have in the subcortex, the spirit and nerve of a club battle of the NHL – the Soviet Union 70-80 years. Like deja vu experienced. Sibania looked Petrov (or Glucosum), d’angelo, terrible to say, Fetisov, Panarin – Kharlamov, and Shesterkin – Tretyak. And here definitely no exaggeration.

At the gate Igor Canadians from the debut brought down the rockfall shots, trying to push the puck into the net together with Russian. Already on 9 minutes was almost a disaster struck. Kopp crashed in the goalkeeper square in unsuspecting Shesterkin and hits him in the head. Moskvich like a downed pin falls back, the mask almost slipping from his head, as if it beats in convulsions. Eerie sight.

However, do not delete Kopp, and d’angelo. American Zapara pushed forward on their goalkeeper. To him hurries the team doctor, but Igor remains in the frame. However, five minutes later, at the request of the headquarters of the NHL Shesterkin removed from the game. Sent to mandatory in such cases under the rules screening for concussion. Lundqvist keeps a clean sheet, and after the break Shesterkin back in the game and in the end reflects 42 of the 43 shots the jets.

The Russians played their first away game in the NHL and became the first goalkeeper in the history of the Rangers with six wins in the first seven games in the League, passing, setting a club record for saves in seven matches since the start of the career – 238.

Have Shesterkin had problems with the ankle, not the head. If the team doctor says a player has a bad leg so we have to change it because of the Protocol for screening for concussions? The NHL needs to deal with this procedure.

And you know that the Tampa in Pittsburgh won its eighth consecutive (2:1) and with 79 points up on second place in the entire NHL?! But, moreover, that even before the New year the last winner of the regular season floundered on the border of the playoffs – the hospital team is full. Moreover, defenders Ryan Macdona and Jan Rutta, striker Steve Stamkos and Anthony Cirelli in the second period of the match against “penguins” joined Nikita Kucherov. All – injury lower body.

However, the lightning win. While lacking the depth of the composition. In particular, in overtime in Pittsburgh distinguished Yanni Gourde, who scored 35 not tours.

But the main reason, of course, Wasilewski. The owner Veiny Trophy-2019 parried away 35 shots Malkin, Crosby and Co., to extend a personal streak in regulation time to 19 matches. With 30 victories Andrew ahead in the League, and this is a key indicator when determining the best goalkeeper of the season.

In (American) football is the quarterback. In hockey, the same importance is the goalkeeper. It is the most important part of the team. Perfect defence does not exist. Because you need to the goalkeeper when necessary, rescued. Wasilewski is doing. With a break for Christmas and to the present moment. That’s impressive.

Unlike Shesterkin and Vasilevsky, Anton Khudobin is working in Dallas in the wings, protecting the main guard gate of Ben Bishop. However, the 33-year-old native of Ust-Kamenogorsk level holds. Of the 20 matches in which came out at the start, won 14. The home victory over “Carolina” (4:1) was for Hudobina third in a row. Anton did not give the striker a second chance, controlling all the rebounds, has reflected 24 throws from 25 surrendered just before the Aho, who scored the goal from close range.

Starz 69 points in third place in the Western conference, which increases the chances Hudobina on a new contract on improved terms. Under the current contract with Dallas, which expires in the summer, he earns $ 2.5 million per season.

The rivals showed outrageous skill on the entire line of defense, like in front of the gate, and on the distant approaches. Due to the high speed video of all time, especially good were forchecking. To counteract such tough and well-trained team is very difficult.

The islanders performed a paired match after Monday unrolled in Washington team Ovechkin – 5:3.

It is amazing, but Tuesday’s home match with “Philadelphia” proceeded almost the same scenario as yesterday. And ended with the same score. Only if the capital of the US “islanders” led 5:1 to 31 minutes, then graciously allowed the owners to throw a couple of washers of prestige on the ice on long island they spent three unanswered goals by 16 minutes.

Philadelphia, however, proved a tough nut to crack – not that toothless Suite best sniper of today. In the second and third periods of “pilots” perebrosali owners 28 – 16 and, despite all efforts Varlamova, to the 59th minute the scoreboard showed 3:3!

Here the soldiers of Barry Trotta and showed character of winners. Helped his Russian goalkeeper thing. Not to huddle in their own half, forcing a guaranteed point in anticipation of overtime. Quickly moved the puck into the zone, “Flyers” and the curtain for 37 seconds twice managed to score Elliott.

Barry TROTZ, the head coach of the islanders

– These games obviously don’t add years of life. But on the bench there was no panic when Philadelphia tied the score. Our team recently psychologically stable. I think everyone noticed it. We are able to respond at the right time, did what in this meeting.