HomeAutosport“Quat, low — key, but “reactive”. Analysis of racing styles all the pilots of Formula 1

“Quat, low — key, but “reactive”. Analysis of racing styles all the pilots of Formula 1 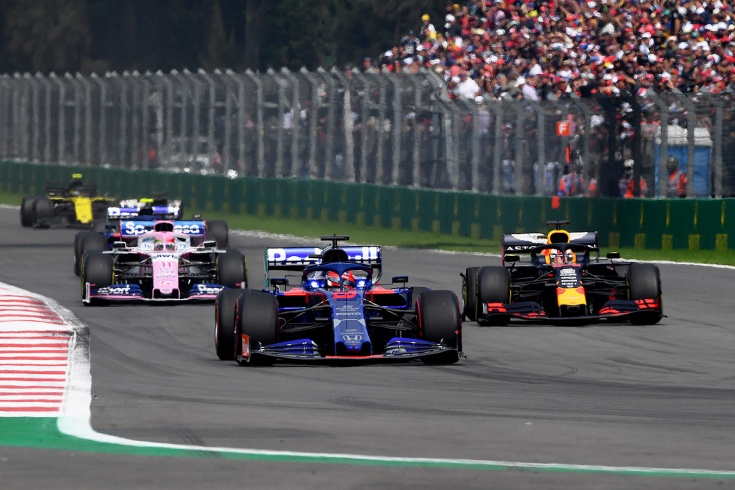 They often say that modern machines Formula 1 are similar to each other and without coloring to distinguish one from the other would be nearly impossible. But this does not mean that the drivers will pilot their cars the same way — even on exactly the same machines every rider professes his own style.

In the past year, the style of each of the pilots on the starting grid was dismantled in his book “Formula 1 in the twenty-first century” Hungarian specialist Gabor Weber. “The style of the pilot is made up of many small parts, many of which are almost invisible, — he writes. Mostly the style is produced naturally and he his every of the pilots — like a fingerprint or the rhythm of breathing. But we should remember that the best drivers never stop in their development.”

In anticipation of the start of the season 2020, we offer a brief retelling of the analysis of Weber.

Gabor Weber was born in 1971 and Motorsport is known primarily for his championship in the SEAT Leon Eurocup season 2010. In addition, in 2012 he drove a few races of the WTCC, and then became a coach Norbert Michelis, champion WTCC-2019.
Since 2002, Weber speaks as a commentator Formula 1 at the Hungarian television.

Lewis Hamilton is often called one of the greatest pilots in history. The British prefer to brake later — sometimes even at the cost of locking the inside front wheel, however, with this able to vary trajectory and even within a single circle to use a variety of techniques for cornering. One of his strongest attributes is the ability to adapt, but it wouldn’t give the same effect without the amazing precision (for that matter, they Verstappen head and shoulders above the others). Another feature of the style of Lewis is his ability to very rapidly move the center of gravity that helps him in high-speed “Eski”.

Style Bottas is a little different — Finn before throwing the car into a turn. While the front wheels provide grip, Valtteri incredibly fast. He drives aggressively, like when the back part is a little lead, and he has to correct it.

But sometimes Bottas can overdo it, and the redistribution of weight if such driving is not as effective. 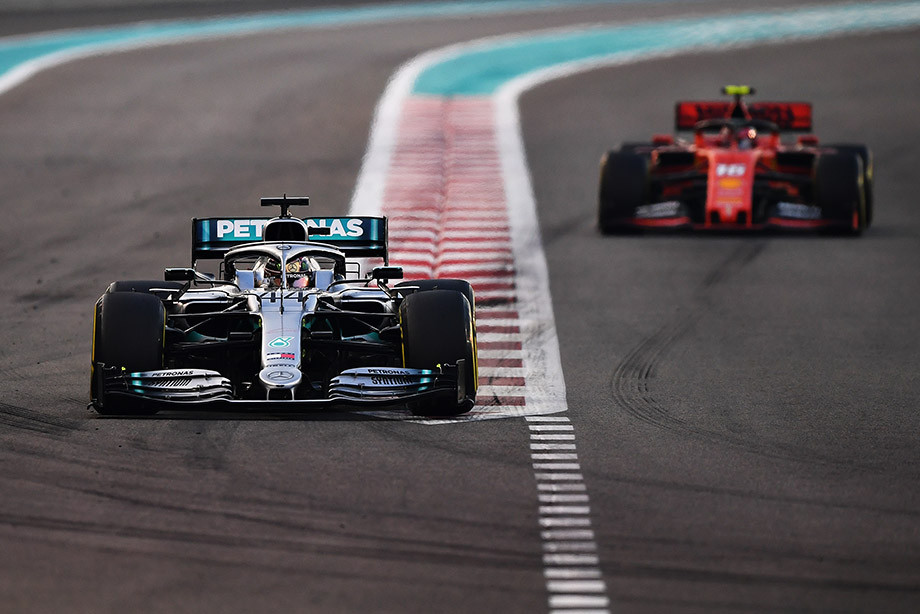 The style of Charles LeClair — the work plan the steering and the brakes — recalls the early years of Fernando Alonso. LeClair creates a bit of understeer and rides the turns at low speed, but it minimizes the sensitivity of the rear of the machine. Charles prefers to take the corners with late apex and braking with short gear changes. Monagas, however, unlike Perez or Hulkenberg remains “reactive” (from the word “reaction”) pilot, which sometimes leads to problems with the tires — in the heat of battle Charles is too aggressive with the gas pedal.

Vettel is the complete opposite. Being a four-time world champion, he knows how to be fast. Last season was formed for him unsuccessfully, but SEB has not lost his speed, but his confidence was gone. Vettel turns in and reduces the transmission early, allowing you to “tweak” the rear axle. German perfectly mastered this technique over the years of performances for “Red bull” — which has contributed to the “blown diffuser”. For this reason, the SEB was fine slow and fast turns, but sharp and medium German became vulnerable. However, the problem here is also extremely sensitive rear of the Ferrari, and sudden loss of grip is the worst thing that can happen to Vettel.

No doubt Verstappen is one of the best racers in recent years. The trick with max — the minimum movement of the wheel. As soon as the car began to turn, Verstappen manages the pedals — which also helps him in dealing with tyres. No less surprising is his inner instinct — Max in each turn knows when and where you’ll be, and that is where it appears — regardless of the status of rubber or stage race.

The technique of a charming little town situated in something similar to the style Verstappen — and this is another explanation of his transition team in the middle of the season. The main strength of the charming little town situated in the calm, rhythmic maneuvers. Alexander does not provoke the machine and due to the careful work of gas allows her to work for him. 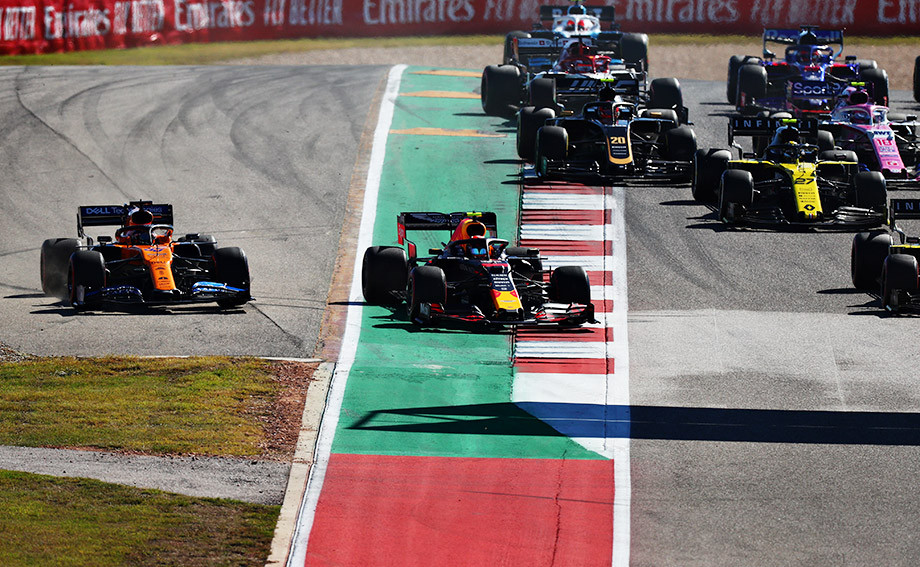 Racers “the McLaren” is not very similar to each other. Science is constantly trying to improve through small adjustments, he loves when the machine comes to life beneath him. The Spaniard is rigidly switched, turns sharply and tries to go for a late apex turn. From Norris’s more elegant style, he is much more careful at the entrance, the Landau, later slows down, but only rarely locks the wheels. Transfer switches Norris like robot is much picking of other racers.

Hulkenberg and ricciardo are the turns at the precise geometric lines. Nico on the track looks more elegant — he is trying best to come out of the turn instead of abruptly hitting the brakes. It perfectly keeps the car in the turn and pretty good with the gas pedal.

Riccardo, first of all I remember his overtaking late on the brakes, but if you look at how Dan rides on the highway itself, that draws attention to the precision with which the pilot redistributes the weight of the car. This requires very precise feel and control the slightest movement of the throttle.

Sergio Perez is one of those pilots who prefer early press on the brake, but to ensure a perfect corner exit. He deliberately breaks a pathway in slow turns, but regains the lost time on the straight after it. This technique also allows you to very carefully spend rubber — and in this sense, the CECO is one of the best on the grid.

Lance Stroll is the complete opposite of Mexican. Stroll often improvises, brakes very late and therefore is cornering at higher speeds. Lance seeks to balance the wheel and pedals to the limit. He has excellent reaction that often helps in a changing environment.

Daniil Kvyat ‘s the perfect mix of restrained, but “jet” pilot. Russian relies on the grip of the front axle, but the slightest slip can ruin the way out, and circle time. Kvyat flies into the turns at high speed, with a hard downshift at the end.

Fading is included in the rotation a little more subtly — as soon as the car changes direction, it releases the brake, almost falling into a skid. The Frenchman shifts the weight of the machine is more efficient than Quat: he, unlike partner doesn’t need so much grip in the front. But that automobilerelated loses stability and we have seen it during his appearances in “Red bull”. 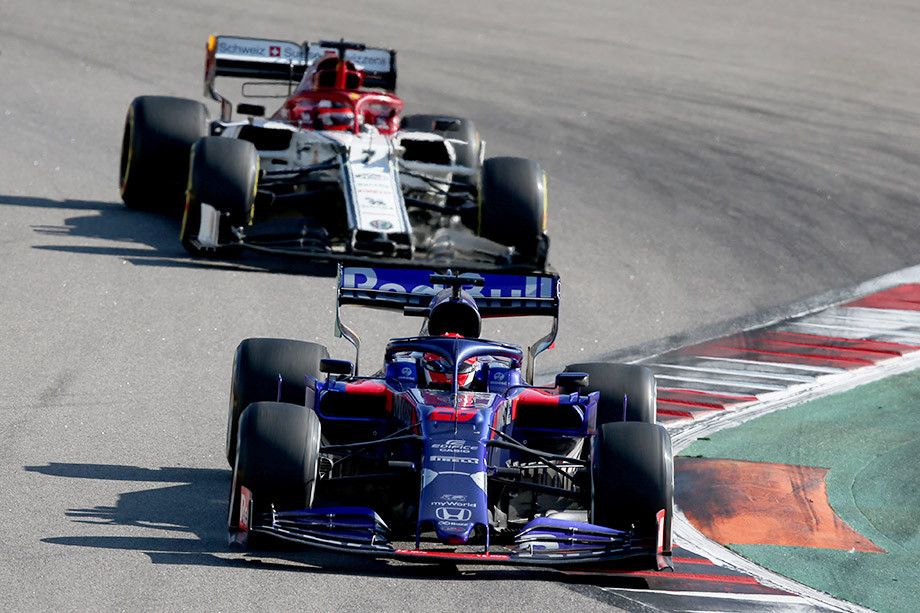 The whole team built around Kimi. Finn turns early and quickly turns in, but he doesn’t always succeed in his plan, if he’s not too precisely defined the apexes. Kimi is very definitely working with gas and loves to play the pedal in slow corners.

The style of Giovinazzi similar to the technique of Raikkonen, but the Italian does not lack confidence. This may be due to the fact that Antonio is trying to adapt to the style partner. In addition, long turns his helmet somehow deviates to the outside — this raises some questions on the subject of his physical form. Maybe it’s not just a coincidence that Giovinazzi wrong towards the end of the race.

The only stable thing in flying Grosjean and Magnussen in the season 2019 — instability. And the reason for that — machine “Haas”. Magnussen prefers to turn in early, absorbing tremendous speed and thereby provoking understeer. Alas, it often happens that Dane is inaccurate, and its trajectory are scattered across the entire width of the track. The problem in the first place, in the car, but Kevin be more adaptable, he could do better.

Grosjean — still a big mystery. It is more sensitive driving and thus slows down before turning deeper. French excellent sense of the car when returning to a gas and be careful with it.

No matter what anyone said about the injured Robert Kubica, but it greatly influenced it in the past. It’s unstable on corner entry and it cost him a huge amount of time. Now the pole is not so feels the car, and it would be a miracle if after these injuries he was performing at the same level.

At the same time, George Russell was eclipsed by Kubica in all aspects. Behind the wheel of an unmanaged machine so the newcomer looked particularly clean, precise, piloted with minimal corrections and often took turns with one movement of the steering wheel. Surprisingly, according to the cleanness of aerobatics George — among the best pilots of the championship, but his victory over Robert was not accidental.