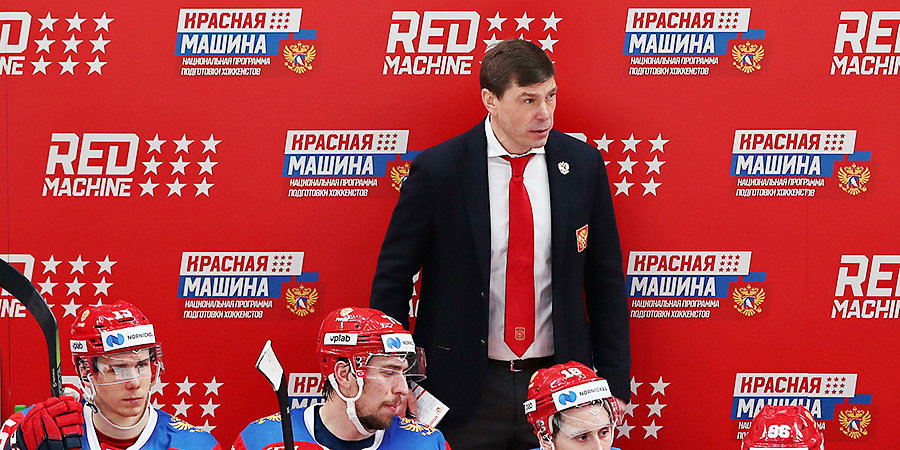 But on the home stage of the Eurotour, Russia appears with all the attributes – there’s definitely no one can take away. No actions like “Russia in my heart” as front’s Pyongyang, at the opening ceremony was not – confined to the tricolor in size from the blue line to the gate of Alexander Samonov.

The choice is not the most experienced goalkeeper on a match with Swedes it is possible to explain a winning series of SKA, which has continued for 11 games. Samonov took a very active part – why are only his saves on Monday against Dynamo. Sorokin, of course, also fine, but to start Alexei Kudashov decided from his St. Petersburg ward. It is a complex decision determined the outcome of the game. But more on that later. Another of the unexpected absence in part of the best sniper of the KHL at the moment, Nikita Soshnikova. As later said the coach, made a bet on the club mix.

Samonov dragged shots “Dynamo” on Monday, but with the impact of the Dynamo Andre Petersson failed. Russia played in the minority after the removal of another blue and white, of Andrei Mironov, and gave the Swedes too much space.

The same thing happened just a minute, but this time the visitors hit the post. But after throwing Daniel Brodin flew where it should be – in the top corner. Should the Swedes, of course.

And it all started good. In the first minutes great went to attack the main shock link Grigorenko – Shipachev – Whims. There was a sense that the striker “Dinamo” played with CSKA not the first, and one hundred and first match. Then he fumbled rivals in the most – flawed with the conclusion of the attack, but overall went well. And after 0:2 is not to say that fell. Only with the most (and there were still two) went wrong. The maximum that managed to come up with output two in one, cross Sipacheva pass on Grigorenko and weak shot of Michael, which dealt to his teammate Lars Johansson.

Absolutely everything was bad in the beginning of the second period. Damir Jafarov received a magnificent pass, ran one on one with the goalkeeper but failed to beat him. But after a few seconds Malta Stromwall made the score 3:0. That Samonov, who rescued St. Petersburg CSKA three days ago, it was not. It weakened the double gave way to Sorokin. Now when he will play again for the national team is a good question.

And it is impossible to say that “Tre Kronor” was up against something supernatural. They allow positional attack, playing long ball, and the opponent too. Were often cross-transmission. Even checking online Kets – Karnaukhov – Slepyshev felt quite good not far from Johansson. But dangerous throws still not appeared. Podplavleniya walked past, straight to the Swedish goalkeeper clicked as nuts. He was great. Whims, smiling, shook his head, answering a question of journalists of the partner form for CSKA.

In such situations, only helps something unexpected. With Vadim shipachyov and Grigorenko was unexpectedly Andrey Kuzmenko. 96th the room was a nice pass with a turn Sipacheva and finally got an accurate shot. Hope added that the Swedes were almost stopped. Usbdrives, with a long bench and the support of the crowd, you could just do 2:3.

Did neither in the end of the second period or early in the third. Still lit the first link, but the realization that, like, the team gradually began to take control again began to fail. That’s one of the most. Tkachev (which is 70 number, the other is not playing) and Kuzmenko, like, do everything right – but as a straight line.

Rushan Rafikov is the best defender of the national team Russia at the Karjala Cup. He became one of the few bright spots in the defense now. And, again thanks to creative actions: joined the attack on the right flank, drilled a cross to Kaprizova – Cyril had only to hit the target. Approached close.

And then another failure in the protection of Daniel Saar – and 4:2.

But superzone of the Russian national team take effect. Nice shot Kaprizova with transmission slepysheva, who went out to him the fourth striker in most – the intrigue at the last minute is back again. However, the forces for the final assault left a bit. All gone in 48 shots on target. The Swedes with 17 wait.

Bad implementation, terrible defense, it’s a shame for Samonov. Well with attitude and the first link. To match on “Gazprom-Arena” I would like to see less cons. To fix them, there’s another match on Saturday against the Czech Republic.