The main match of the first day, and throughout the first week of the US Open lasted just under an hour. 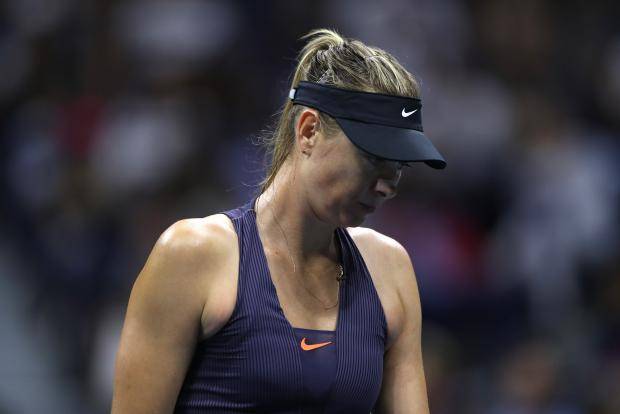 Serena Williams defeated Maria Sharapova, giving the opponent only two games – 6:1, 6:1. Now the Russian will leave the first hundred of the ranking.

No, really – how is it that the match with such a loud sign (regardless of the current level and rating players) fell on the first lap? Is it because this situation was extremely beneficial to the organizers? To open the championship match, the two superstars, with a gorgeous background, with extremely high costs of failure for each of them? Yes, it’s not just provide the notice – on the court named after Arthur Ashe fit additional stands to mount!

But let’s not talk about conspiracy theories. And about the fraud of the draw. The hand nobody was caught, and coincidences happen all sorts of more pohlesche. Just accept as a fact Serena was found with Mary in the opening round. On the first day of the US Open. In the first match of the evening session on the Central stage of the tournament.

Surprisingly, they never played in new York! I mean – not played with each other. Across America have crossed often. But not at the US Open. And it was probably the last chance for the girls to compete for the win in both match at the “flushing meadows”. Since the probability that both of them will be back here next year, in fact, is not so high. And the chance to play now, but at a later stage (ideally one of the key) – and even less. Given a disassembled condition of the Russian season which wiped out the injuries and health problems, Serena. In a sense, the first round was a great opportunity for both to really come together at the US Open. Perhaps the first and last time. To please the fans. And experience yourself. Although without doubt every girl would prefer to play this match later. In the quarterfinals, at least.

In this case, the favorite was clear. It makes sense to remember the history of their personal meetings? The fact that Serena beat Maria in 18 matches in a row – with the semifinals of the Australian Open in 2005? What’s the last Monday before the match girls held also in Melbourne in the quarterfinals in 2016. What Sharapova after it “caught” on maldonia. Or, for example, that they were supposed to meet at the “Roland Garros”-2018, in the fourth round. When Mary was “on the go”, and Serena first played on the “Grand slam” after the birth of her daughter and did not gain a normal shape. In the end, Williams starred. Supposedly due to injury (after about a month she will play the Wimbledon final). According to many fans – not to give Sharapova the opportunity to interrupt their winning streak. Too much for her principle not to give Mary full-time struggle…

Of course, everyone remembers. And in Russia, and the United States. Yes all over the world! So round meeting with Sharapova and Williams was such a stir. Therefore, in the stands gathered a full house, the match was held in Prime time, and ratings of TV broadcasting steel rolls before a workout athletes. Just a shame that instead of intense struggle, we saw the apparent defeat. The defeat of the Russians. In principle – Yes. Although not large.

Actually, Mary, it’s wrong. She spent most of the season was treated for right shoulder and left forearm. Almost never played on tournaments. And when some were flying in the early stages, often yielding to the opponent, far from the level of stars. She again broke up with Thomas Hogstedt, and the impression that the Swede now left yourself, realizing the futility of further work with Sharapova. Her new coach, Ricardo Piatti – Maria missed training before the match with Serena to follow other players ‘ Boric Corica in the game Horvath with Evgeny Donskoy. Just think – Maria shares a coach with other athletes! When that someone has submitted?

And its position in the ranking of the 87-th row is, alas, not only a consequence of the missed months of statements. But, unfortunately, a fairly objective assessment of the current level of the Russians. Really great tennis, exciting game, we performed Sharapova had not seen for more than a year. Probably just previous US Open when Maria reached the fourth round.

At the same time, Serena, the eighth racket of the world. Played the final of Wimbledon for the second year in a row. Yes, she also rarely speaks. And Yes, noticeably far from his best today. But, unlike Sharapova, Williams clearly is one of the elite. And now arrived in new York in the status of the main favorite. One of the main – certainly. What can not be said about Mary…

And, after all, a chance for Sharapova was. First- she plays well on the “Helmets”. Even in bad shape, sometimes gives supermatch, beating eminent competitors. So it was with Simona Halep (second in the world at the time of the match) in the first round of the US Open in 2017. With Karolina Pliskova (then – the seventh racket) in Paris last year. With Caroline Wozniacki (third place on the day of the meeting) this season – at the Australian Open. Well maybe Serena will be also fun to play?

Moreover, Williams can cover the unpleasant memories of his previous statement on the court Arthur Ashe when she disgraced in last year’s final. And health problems Serena final in Toronto three weeks ago, she could not hold and then dropped after a few games because of back pain (the title went to Bianca Andreescu). All of these factors could play in favor of Sharapova.

But against a healthy, confident, and as usual to the limit motivated Williams she had no chance. It was over quickly. Probably, even better. Sharapova played badly? By the way, no. Tried to attack, sometimes a very cool shot. Even went to the net a couple of times, which do not like. Skillfully answering cross-Serena keep up this pace. But only for short periods. Long the advantage of American women and in the speed and power of the blows was quite obvious.

It’s not in the game Mary. And that did the very Williams. She vividly reminded everyone of why it is not lost to Sharapova never in the last almost 15 years! “Ya More. Never. Her. Will not lose!” like pronouncing this phrase, enunciating my words, Serena is embedded in each hit, distributing the ball accurately along the lines of some incredible level of aggression. And it is with a nobody and do nothing. Would the final against any opponent Williams would have won.

Motivation in sports is a very serious thing!

Sharapova, of course, did not quit fighting. But it was the eyes – early in the second party she realized how it ends. The fastest match with Serena, she played in the London Olympic games in 2012. Then the American won in 63 minutes – 6:0, 6:1. Now managed a faster time – 59 minutes. Though gave Sharapova a game more…

The result – 6:1, 6:1. For the 20th time in his career and the 19th time in a row Serena has beaten Maria. And the Russian will now leave the top 100, not protecting the glasses on last year’s exit in the 1/8 finals. And falls in the area of 132nd position in the rating. Will it be possible to go back there – unfortunately, a very difficult question…