The Russian fighter of the mixed style gave an interview on the eve of his debut in the strongest League in the world. 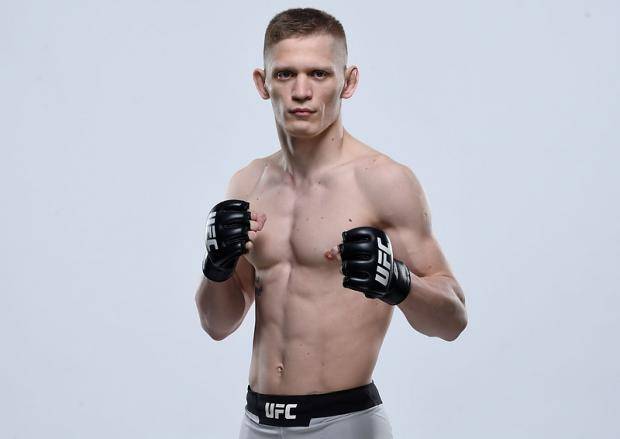 – Do you think today’s speech is the most important event in your life?
– Yes, I think my whole life has led me to this moment, now it’s up to me.

– What did you do today on the eve of battle?
The day I had a light training session, sweated.

Your misogony was easy. You’re at your perfect weight?
– Yes, I did weight in one evening. Sat in the sauna, getting a good workout. I do not see much advantage in the weight loss of 15 kg. Velogonki – traumatic process for the body. I remember in the 77 kg felt that this is the limit.

– Originally your opponent was supposed to be a 33-year-old Polish Bartosz “Butcher” Fabinski, but he withdrew from the battle and you got a much more comfortable opponent – Rostem Akman. Do you think you’re lucky?
– I’m not sure about luck, after all Fabinski was injured and I wish him a speedy recovery. But I would not want to meet with such an opponent as Fabinski in the octagon. Bartosz is a large quilt, so this is his style. I will not hide that I am much more impressed Akman, who works in a more open style. I want to make his UFC debut beautiful and interesting fight.

– When it was announced that the opponent was injured, you’re not worried that the fight won’t happen?
– Initially had such thoughts, but deep down I was sure that Bartolo find a replacement, because there was enough time, more than two weeks. In our division many fighters and the UFC such an organization, where many want to go and get a replacement. I am sure, in wishing there was no end.

– You have several times saw his opponent at the weigh-in, on sardauna. What do you think?
– He’s a tough guy, calm, but the appearance of the opponent can be deceiving. I don’t do more on first impressions: can’t looking at him to say what he will be in a battle when you lock the cage.

– You said you wanted to go camp in the United States. What did not work and what can teach in America? Why could not arrange a training camp in the United States?
– About the beginning of the fight was announced two months, didn’t have time to go to the United States, to adapt and to come back. But in the future I really want to visit the American camp, because the work at the cage and getting up in the pit – American things that are not found in Russia.

Your haters after signing the contract said you early in the UFC. Do you think they will calm down, if you win?
– No, this is a special type of people who will find cause for dissatisfaction. I will say that the opponent was weak, that was lucky. I used these comments were taken to heart, but when I read some sports pages, especially football, that people write, then decided not to be nervous. These people just no life. I accept criticism, but empty hot air and negativity are not worth the nerves. This fight I do not to prove something to the haters, he for those who support me and for me.

– Are you satisfied with the terms of its contract? If they are comparable to conditions of the Russian promotions in terms of fee?
– I have a standard contract for four fights, and about the fees can say they are good. Working conditions in the UFC beautiful. In Russia, the League organizes AS a great spectacular show, but once in the UFC, I realized that this is another level. Everything here works as a huge well-oiled machine, they think about things that is immediately clear is the highest level.