Sergey Tolchinsky: CSKA is in a small pit

The defeat of the red-blue as a result of preparation for the playoffs? 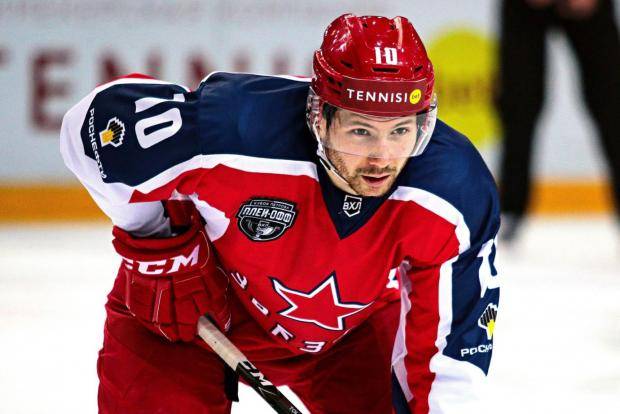 CSKA Moscow in the home match lost “Barys” with the score 3:2. The hosts ‘ forward Sergei Tolchinsky shared their impression of the game:

– Sergey, you have opened the scoring in the match with “Barys”. It seemed that everything goes according to the script CSKA. But the visitors managed to turn the game around and bring it to victory. That did not work?
– “Barys” played exciting, fast and active. We just didn’t put the opponents under pressure in the third period and they scored from their chances.

– You personally, a good series – a lot of goals. I feel I reached peak form or you can add more?
– I’m glad I manage to score, to score points. I hope that will continue in the same spirit. I lacked confidence, because last season I played very well, sometimes worked, but mostly not groping his game. This season started so-so, and again, all lost points associated with the same uncertainty. I tried to keep it simple, and that my potential could be. Then I received an invitation to the Olympic team, where the team scored a couple of goals, and confidence came.

Now focus on the record Radulov for scoring matches? Your teammate Anton Slepyshev reached him, but to break is not possible…
– It is a pity that Anton didn’t manage to do today. It would be an achievement that could last years. But he is a great player, and I think you’ll be able to catch.

– How do you play with Wei and Grigorenko?
– To play with them nice and easy. The first period did not, because we never went out together. But with the games will come the chemistry.

– CSKA is still what the opponent will be in the playoffs?
– Absolutely. We will go out and play only to win.