HomeFightsShevchenko beat the American, Jones was booed by the audience. What was on the UFC 247 (video)

Shevchenko beat the American, Jones was booed by the audience. What was on the UFC 247 (video)

In Houston (USA) hosted the tournament UFC 247, in which there were two in the title match. One of them was complete domination, Valentina Shevchenko, in the other — a very controversial decision. 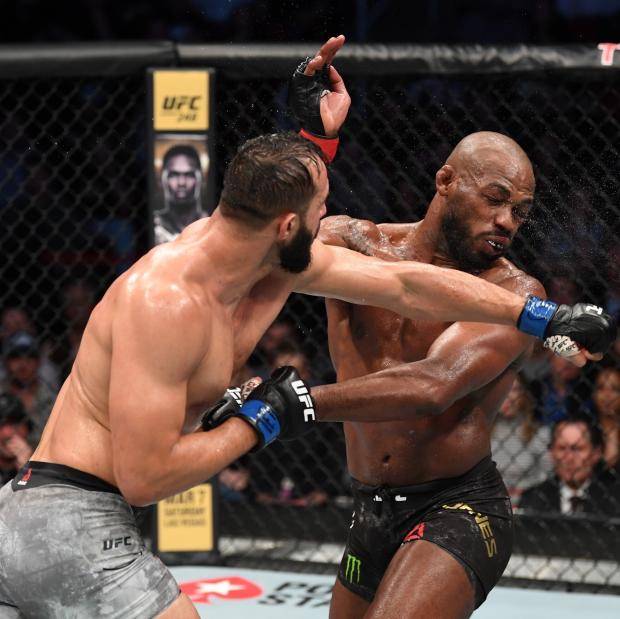 Shevchenko at the height of

Valentina Shevchenko from Kyrgyzstan defending the belt of the champion in the Flyweight division in combat against American of Armenian descent, Kathleen Calahan.

Before the fight, the experts were sure that the winner of the title will easily be able to fight. And so it happened.

From the first seconds Valentine identified the advantage in the stand. She fought off both legs of the contender and again and again hit in the head. In the first five minutes on the face of Calahan appeared badly cut. During the break, the team of American athletes deliberated for a long time, but to remove Kathleen decided not to.

It ended in the third round, when Shevchenko moved the fight to the ground, neutralized both hands of Curagen and began to smash her head with elbows. The judge had no how to stop this beating.

Valentine the third time he defended his title and continues to clean up the Flyweight division. It is quite possible that already in 2020, the bosses will organize her third UFC fight against Brazilian Amanda Nunes and champion of the organization in two weight categories. In the first two fights Shevchenko lost.

Statistics of the battle

The best fighter out of weight class John Jones, it seems, began to fail. In the last battle, he with great difficulty defeated Brazilian Thiago Santos, and if then the judgment notes it was difficult to fault, this time it can be readily done.

In the battle against Mexican American Dominic Reyes champion looked very bad. The first three rounds the champion missed a huge number of rounds and even got in a little knockdown. He started to Wake up only in the fourth minute and tried to translate the fight to the ground, as in the front he was clearly weaker than Reyes. With grief in half, Jones was able to take the last rounds, but the statistics of the battle said that in the light heavyweight division will have a new champion. Reyes struck more precise and focused strikes and clearly did not lose that fight. But the judges felt differently. In their opinion, Jones won unanimously. This decision caused an uproar among MMA fans. For the first time in his career Jones was booed by the audience.

48-47 Dominick Reyes. Proper judging would've made history but the judges have robbed us of such satisfaction yet again.

Just you wait though – if Dom doesn't dethrone Jon Jones in the rematch, I expect Adesanya eventually will. "Bones" will be broken, just not today. pic.twitter.com/rRSkFgPpvL

“I think I won. Three rounds were behind me. I had it three rounds, I was doing really well in this piece. He took fourth and fifth. But I was better, I know it,” said disconsolate Reyes after the fight.

But the ex-Champ Daniel Cormier agreed with the decision.

“This is not a robbery. Was a close fight that could have ended as a victory for Jones, and the victory of Reyes. By the fifth round the score was 3 rounds:1 or 2:2. It seemed that Reyes won, but the fight could have ended in favor of each of the fighters,” wrote Cormier on Twitter. It has long been rumored that Jones will leave the belt vacant and move in the heavyweight division. But he does not deny that there might be a rematch with Reyes.

“Reyes did a great job, he has a great jab. I couldn’t bring it on the ground, could not catch him. He has good striking technique, it was very difficult. But my pressure in the end brought a result and a takedown brought me a victory. Revenge? Don’t know, I’ll talk with my team and we will decide,” said Jones. Statistics of the battle

The results of the fights of the tournament UFC 247

The main fight of tournament

12. The battle for the title of the champion of UFC in a light heavyweight. John Johns (USA, 26-1) defeated Dominic Reyes (USA, 12-1) by unanimous decision