HomeФутбол“Spartacus” is removed from the RPL? The response to a powerful threat Fedun 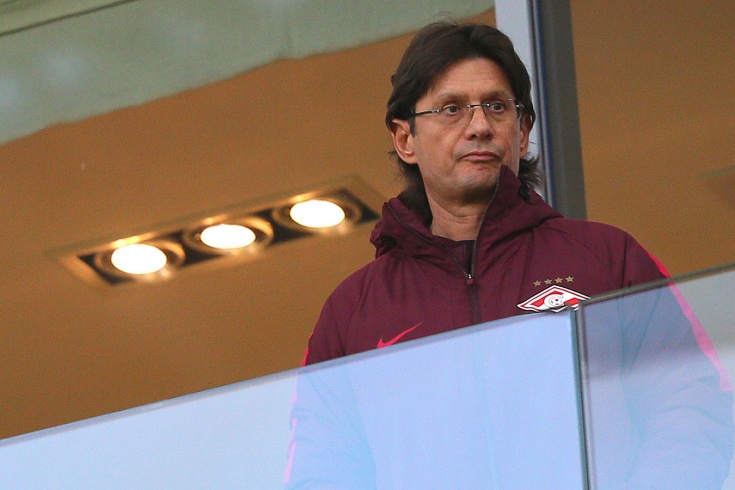 The first match of “Spartak” in the new season ended with a grandiose scandal. Furious at the refereeing Basil Kazartseva in the match with “Sochi” the club’s owner Leonid Fedun said he will withdraw the club from the championship. Kazartseva from the games has been suspended, he will undergo a polygraph test, but is it enough to Fedun took back his words? Or “Spartacus” is really worth proudly leave the RPL?

The emotional words of the boss is red-white has already responded and officials, and fans, and legendary veterans of “Spartak”.

RPL President Sergey Pryadkin told TASS that “can not submit RPL without “Spartacus”, but Fedun “can be understood”. Against lifting the Muscovites made and the General Director “Sochi”, Dmitry Rubashko.

But the veteran “Spartaka” Evgenie Lovchev Fedun supported: “I would have done the same. Someone says it is too, but you first spend your money, like Fedun, and then speak”.

Former goalkeeper of the capital team Ruslan Nigmatullin thinks otherwise:
– To withdraw from the championship means to show weakness. Maybe this and seek evil forces that did it all.

And ex-defender of “Spartacus” Eugene Bushmanov Fedun did not believe:
– He said it on emotions. They are clear and understandable, but before withdrawing from the championship will not come.

There is another side – referees. Ex-FIFA referee Sergei Khusainov admitted that he was ashamed of the work of judges in a match of “Spartacus” and “Sochi”:

– Huge football community and Spartak will not understand Fedun. History will judge all and put everything in its place. Lost the battle but not the war. We must go further, so “Spartak” in no event it is impossible to withdraw from the championship! Preach the symbol of the red-and-white Gladiator: “To fight until the end”.

But the Spartak boss supported the fans spoke harshly of a famous actor and a fan of the red-white Alexey Maklakov:

– The feeling that we all push to the events on Manezhke. It is necessary to act seriously and to sue to eliminate the response of the crowd. I don’t think it’s an emotional impulse Fedun. With this decision it could be one of the best owners club! He went with us. And chaos can not be tolerated.

But the former President “Spartaka” Andrey Chervichenko has advised the Midfielder to swear, not to give impracticable promises:

– You might be better off a 30-story Mat to speak about everything, but not to make statements that will later put you in an uncomfortable position, said Chervichenko edition Sport24. – We all understand that no one is removed. It turns out that the person is a chatterbox, or what? Babbling that he was. You can understand that the team comes up with stretched ears a penalty, deprived of three points at the start. But I would prefer to go out and make the whole obscene margin. But not to make statements that will not be able to bring to life.