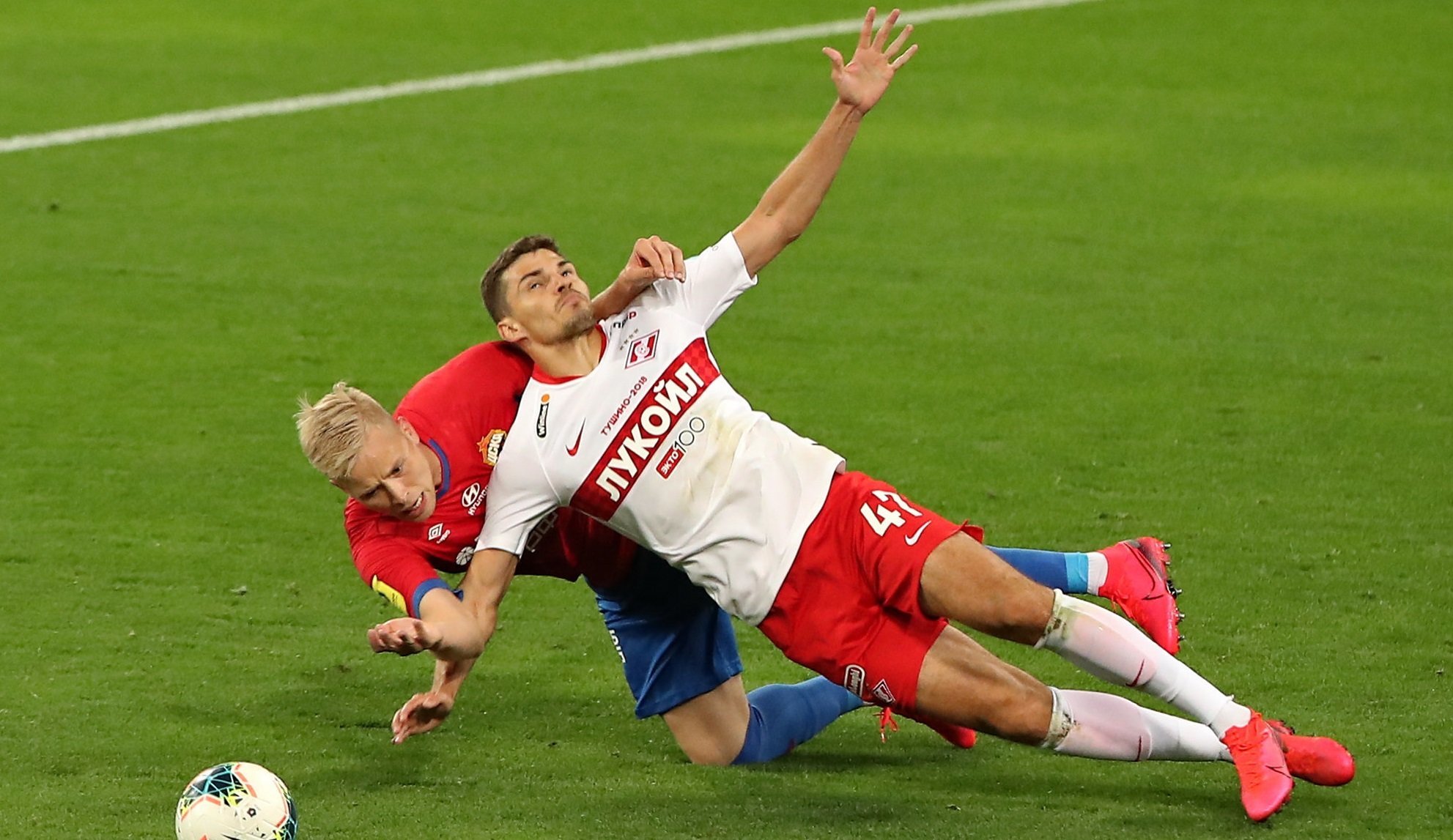 Krylov’s fable about the Fox and the crane, of course, you read. Well, how? First red invited a neighbor to visit and smeared a treat on the bottom of the dish, which created a long-billed for a lot of problems. And then he is at home equally cordially Poptchev friend from a jug with a narrow neck. To get a visitor to leave hungry — this was the meaning of their actions. Apparently, participants in the capital Derby decided to act on a similar principle.

How else to explain that the hosts and guests from the first minutes began to entice the opponent on his half, together to otchityvayasj own penalty. Thus the actions of the army seemed wholly justified. The team is now playing back failures, and the number of the defenders can nullify blunders. And in positional attacks, which in the dense sowing of the enemy cannot be avoided, Spartacus really weak.

So is it any wonder that the plan of Victor Gancharenko work? His team played “zero”, showing the back and positional competence, and mutual assistance, and composure.

On the approaches to their goal the coach of the army team built three defensive line. The first, consisting of two forwards, met the attacking mandatory pressure. The second, formed of the three mobile Midfielders plus wingbacks, created in midfield viscous medium. Three of the stoppers cleaned up the team-mates game garbage.

She worked the entire containment system regular. As a result, Spartak controlled the ball was under constant pressure and time for deliberate attacks they have in most episodes was not. That is, there is exactly what, in fact, pushed the guests, the hosts proposed tactical scheme.

Outrageous rich environment allowed the army defenders to act with confidence. Everyone knew: err — come to the rescue of a comrade nearby. Hence the almost complete absence of failures. Diveev on 13 minutes, ran in front of the foul line, almost opening the opponent’s path to the gate. He’s still in a minute let it is dangerous to open yourself behind Ponce, after which he struck into the far corner.

This limit of gross blunders in the first half, was exhausted. After the break, however, Spartak added to the movement, went forward, and the unpleasant moments at gate of Akinfeeva began to occur frequently. But by and large, to save his team from losing two points Igor happened, except that at the last minute: as he reached the bottom sent in a corner of the ball, I’ll never know.

Part in the attacks

Easy to guess that most of the defenders actively supported the onset Mario Fernandez. I had the pleasure to watch. Took him literally all the insidious transfer and walls, rushing and passing… butt Extravaganza, in a word, Lightfoot Creek, and managed in the rear to work, and on the front. The effectiveness, complemented by entertainment, Mario is clearly superior, and the regular forwards, and the majority of Midfielders. Is that the author shot, vlašić was his competition.

As for the other defenders, each made to attack mite. Diveev with Magnusson is regularly moved forward on “standards”.

Nababkin and Schennikov made them company in the long passes on their half of the pitch. With its help, the army sought out the most promising vectors of attacks — and successfully: the majority of transfers reached the vacant for their reception of addressees.