Understand whether the disgraced striker “Zenit”, arrived from the ship to the ball, to become the Savior of Sochi, stuck at the bottom of the standings RPL. 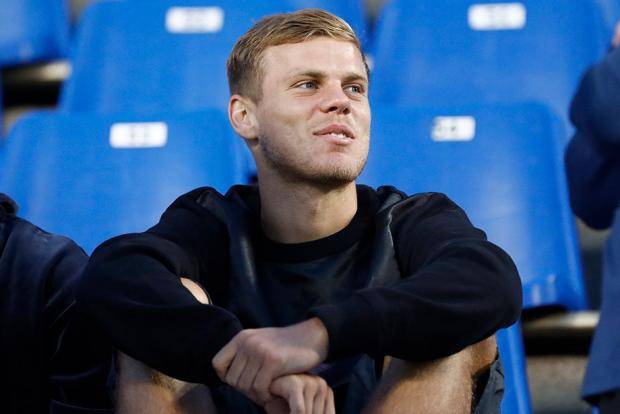 After news about the meeting of Alexander Kokorin with the owner of “Sochi” by Boris Rotenberg, in which the obstinate, the forward “Zenith” has not objected to the rent up to the end of the season in the camp of the outsider of the Premier League, the initial reaction was the expected emotional. The range of views was wide: from “bent” and “broke” to “boy, that thought again” and “there was nothing to show off.”

But now, when the first wave of reviews and notes hot on the trail subsided, it’s time to wonder even more: are you ready Sochi quickly and effectively fit into your tactical scheme of a new player attacks? If Kokorin place in the first team? How to be the coach of the team of Vladimir Fedotov, who was himself in the team a week, if the beginner will not be ready to go in the “start” and play all 90 minutes? Anyway to put Kokorin in the composition, or to incur the fire, listening to the reproaches, which, they say, why, then, was tearing forward from Peter, if he’s in Sochi sitting on the bench?

As far as the form and degree of readiness of the recruit southerners, does the advice the coaching staff give hard: to do this, the club has a medical unit and teachers for physical training, which will draw Fedotov complete and objective picture of the state Kokorin at the time of the restart of the championship. In the end, before the first official match of the spring part of the season has two more weeks, during which physical conditions can be significantly tightened.

Much more interesting, like standing on the threshold of a 29-anniversary of the striker will find his niche in the tactical scheme of the southerners. And here much will depend on the elected coaching staff placement, and the choice of individual artists in a particular game.

First recall that by its functionality Kokorin – quite versatile forward, who can play in the military style, and in second rate, out of the depths. He can use dribble, and the ability to play on the second floor (the classic example goal against Algeria in the world Cup 2014 in Brazil). This means that Alexander can be equally successfully used in circuits with only one striker or two.

It is more difficult with the attacking variant of the 4-3-3. Remember, something like trying to invent Leonid Slutsky for Euro 2016, trying to hurt the opponent’s attacking Trident “Cosmozoo”? As a result, the weapon was not in fighting condition – largely for the reason that pushed to the flanks “To” (Kokorin) and “Smo” (Fedor Smolov absolutely lost there and wilted, and one “Ju” (Artyom Dzyuba) were impossible to cope with well-organized defense of the Slovaks and Welsh.

However, the “Sochi” under Alexander Tochilin in the fall such tactical experiments the audience did not indulge – even despite the presence of a group of very skilled players in attack. The most commonly used scheme was 5-3-2, although in his debut match in RPL in July against “Spartak” “Open Arena” – the arrangement was slightly modified: 5-1-3-1.

However, against the red-and-white “health-resort” played with sheet, since the team was assembled in pieces for literally a week and a half before the starting match of the championship. Therefore, on the scheme to focus will not, just mentioning that the role of the sole striker was made by Dmitri Poloz, who in the beginning of the second half and was replaced by Alexander Karapetyan and trio attacking midfielder made Nikita Burmistrov, the team captain Evgeny Pesegov and Ian Kasaev.

Later during the championship Burmistrov – again at the scheme with three Central defenders – often occupied the position of left winger, and the three Central Midfielders often appeared also leased from Zenit 22-year-old Andrew Bridge. The Duo of forwards made up the Snake with him, or sometimes second substitute Anton Zabolotny.

By the way, plenty of former players of “Zenit” in the cage “Sochi”, at first glance, should help Kokorin to adapt faster to the black sea coast. But do not forget that many of them Alexander didn’t had the time to play, and nearly a year spent in prison could do to erase the memory of the attacker all simulated connections and combinations with the former, and now current partners.

But now the tournament situation for southerners is that the glasses should be taken without delay, with the first match (March 1 at home against Arsenal). If Kokorin will appear on the lawn of the stadium “fischt” on the first day of calendar spring, it will look, of course, not as in Lionel Messi, but as the Messiah for sure. So, we need to be ready to benefit the new team goals.

But back to the tactical nuances. If Vladimir Fedotov, practiced in “Orenburg” like formation with three Central defenders, will not abandon her in Sochi, the exhibition will be more likely to get into the first team. In the duet of forwards Alexander may well interact with a Snake, and Karapetyan, not to mention Zabolotny. All this diverse strikers, and none of them injured in their game qualities are not duplicates. That means they can act both as a forward attacking player (in tandem with the Snake), and a representative of “ambush regiment” (with Zabolotnyi).

Interestingly, in the penultimate first round match against Rostov on the road in late October Tochilin, given the absence in the application for the game of the Central defenders Ivan and Fyodor Kudryashov Miladinovich used the classical arrangement of 4-2-3-1 in which Burmistrov, Christian Noboa and Pavement of the depths supported Zabolotny. But the experiment turned out unsuccessful: residents lost 0:2, and played the position of left back Elmir Nabiullin at the end deprived of the brace of Roman Eremenko, rewriting the second goal of the Russian Finn your name as an own goal.

Now the animals no longer in the team – the player of Russian national team once again proved to be right “coast Turkish”, therefore it is not necessary to exclude the possibility of using the frame arrangement with four defenders. But in this case, Kokorin will be harder to count on a place in the first team. Especially in the first matches, when on the foreground there will be functional readiness and ability to bring concrete benefits in the here and now.

And yet under new coach “Sochi” is likely to play under the old scheme, and there are two vacancies for the attackers greatly increases the chances that fans see Alexander, in fact, already in the first matches after the resumption of the championship. The main thing for Kokorin as quickly as you can to score for his new team. This will be the same “Talon” which is made forward of the St. Petersburg team for the next six months a resident of the famous Russian resort.