HomeТеннисTennis playboy of Broadway. The tragic fate of Vitas Gerulaitis 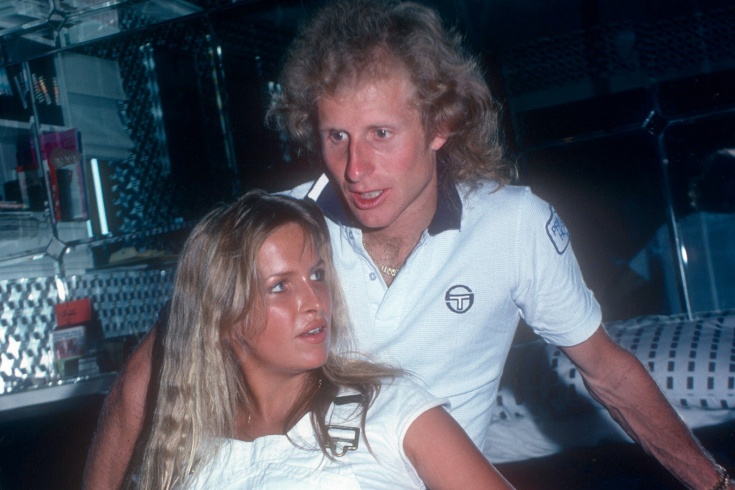 Vitas Gerulaitis no luck. He played in a tough era. Then in the world of tennis was dominated by Bjorn Borg, John McEnroe and Jimmy Connors. In fact Gerulaitis was prepared for the role of the second plan in the context of the results, but not the media.

The symbol of Lithuania never been to the Motherland

Vitas Gerulaitis was born and raised in USA, lived in new York and had never been to Lithuania. Parents Gerulaitis moved to the United States before the birth of her son in 1949. The accession of Lithuania to the Soviet Union forced them to seek refuge overseas. Nevertheless, the Motherland of Gerulaitis and his parents always had a special relationship. Today Lithuanian team holds home matches of the Davis Cup at the memorial tennis center Gerulaitis in Vilnius.

This is not surprising because hardly anyone else had made such a contribution to the popularization of tennis in this country, as Gerulaitis. He was a real superstar, brilliant man who envied, whose way of life became a subject of discussion. Wild party in the legendary club Studio 54, which became a symbol of riotous living in new York, alcohol, illegal drugs, beautiful women. It’s amazing how the “Broadway Vitas”, so called tennis player, managed to combine it with the game at the highest level.

Watch the video to Twitter of the US Open.

Vitas was born in the United States. There came to light and his younger sister Ruth, who eventually also became a professional tennis player (best score for “helmets” – the quarterfinals of the “Roland Garros”-1979). The love of tennis instilled in them a father who won the national championship in Lithuania. 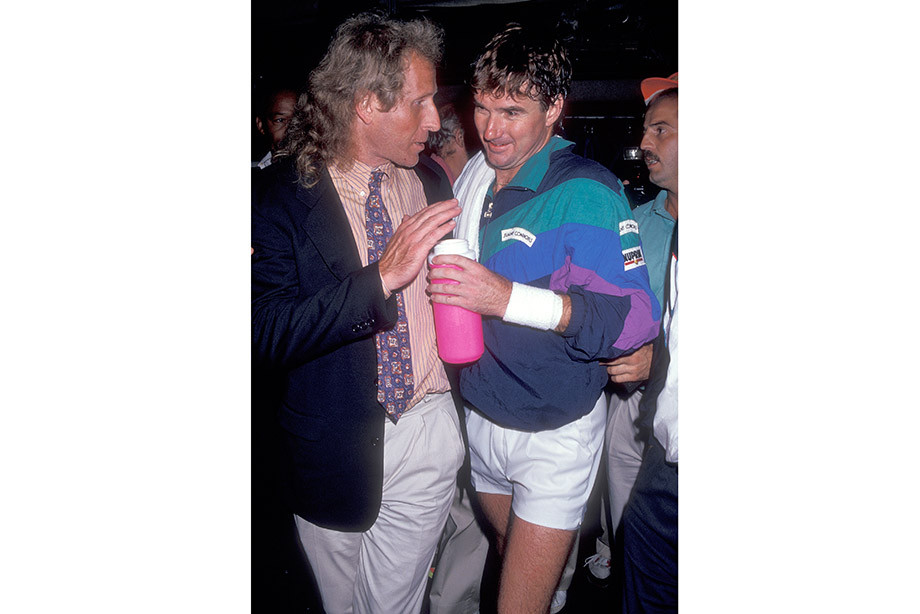 All Vitas Gerulaitis won 26 career tournaments in singles, including became the champion of the Australian Open in 1977, in February the following season set a personal record – and became the 3rd player in the world. Vitas has twice lost in the finals of the tournament “Grand slam”, having lost in 1980 to Borg Warner for the “Roland Garros” and in 1979 — John McEnroe at the US Open. Was Gerulaitis and the champion of Wimbledon-1975 in doubles. But the bizarre antics of Vitas more often reported in the press.

A post shared by Vitas Gerulaitis Tribute (@vitasgerulaitistribute) on Mar 9, 2020 at 1:32pm PDT

For example, in 1980, he managed to defeat Jimmy Connors, ending a run of 16 defeats. After long-awaited victory of the Lithuanian American said, “no One beats Vitas of Gerulaitis 17 times in a row!”. This phrase immediately became popular. Another vivid story happened in 1977. Gerulaitis lost to Borg in the Wimbledon semifinals in five heavy sets (the latest is 6:8). All hopes for a title ended and the tournament seemed at the end. But the next day, Bjorn came to training, he froze in amazement – there was Gerulaitis with the words: “Know when you need to warm up before the finals, I’m ready.” The Swede was later to admire this act of each opponent: “He could fly home, but decided to stay because in front of me was a very important match. An amazing man”. Needless to add, the Borg then won the final (also pyatisetovy) the Connors.

A post shared by Vitas Gerulaitis Tribute (@vitasgerulaitistribute) on Feb 16, 2020 at 12:22pm PST

Gerulaitis wanted to become a real celebrity. Bright in appearance with a signature long blonde hair matched the reputation of a playboy. Perhaps, his image can be compared with the image of Sonny Crockett — the main character of the cult TV series 80s “Miami Vice: Department of manners”. 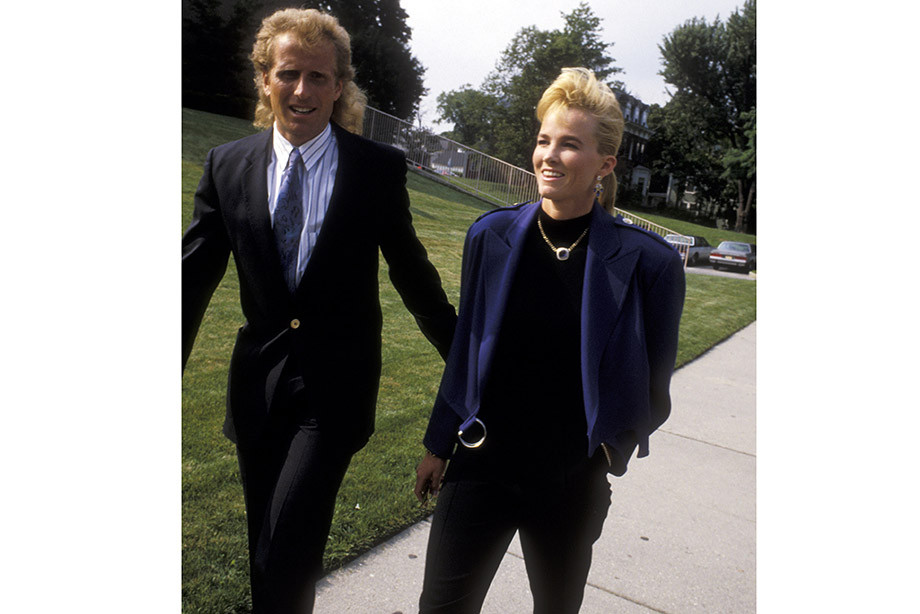 His 21st birthday tennis player decided to celebrate by inviting all the fans to his hotel for a pajama party. When Vitas admitted that he was disappointed by the small turnout, one of his friends brought him to the window and pushed the curtain. Hundreds of fans wearing pajamas stood in front of the hotel.

How to remember the friends of Vitas, he was always the center of attention. Your memories remain, and John Lloyd — the one of Gerulaitis beat in the finals of the Australian Open. They were friends, knowing each other since juniors.

“With him it was interesting together to have fun, though I have not had the stamina to do it often. He was a great guy! With him never needed the money. He always took out his credit card to pay. Several times I went with him to Studio 54. There was a queue a mile long, but he just walked past all the people and what was going on, because everybody knew him”.

Was with Vitas and another passion – expensive luxury cars. In his garage there were two Rolls-Royce, Cadillac, Lamborghini, Mercedes 450SL, Porsche 914 and sports Datsun 240-Z.

A post shared by Vitas Gerulaitis Tribute (@vitasgerulaitistribute) on Feb 16, 2020 at 1:22pm PST

Vitas partied for the full, but this occurred only when he’s not played in tournaments. A few weeks of madness, and then workout for a month, literally torturing yourself for 8 hours a day. All who knew Gerulaitis, claimed that he never used alcohol or any illicit drugs during tournaments. However, to fully control yourself Vitas failed, and in 1983 he had to undergo treatment for addiction.

A post shared by Vitas Gerulaitis Tribute (@vitasgerulaitistribute) on Dec 4, 2019 at 7:50am PST

Gerulaitis great to meet people. Bjorn Borg was one of the best friends of Vitas, despite the fact that they are on the court were bitter rivals. John McEnroe in his autobiography, recalled how the first time went to a party with Gerulaitis and Borg: “I said it was the case that used something I never tried before. And then I remembered just how Vitas and Bjorn were carrying me to the hotel. I felt terrible and wonderful at the same time”.

Despite the image of the playboy of Gerulaitis remained deeply family man. He acquired a mansion on long island, where he lived with his parents and sister. “He was very focused on the family, understanding the sacrifices that went with our parents for his sake. I was the happiest sister on the planet, because I had such a brother. From an early age he always took me with him, we became very close. I always felt his love, considered themselves important and special. He was also a smart son. They took with them father, they traveled around the world. And he was very glad that we all lived in the house, which he managed to buy,” recalled Ruth, sister of Vitas.

A post shared by Vitas Gerulaitis Tribute (@vitasgerulaitistribute) on Nov 19, 2019 at 10:47pm PST

An absurd coincidence, ended the life of Gerulaitis

Vitas’s father died in 1991 due to heart attack. And three years later died tragically, and the tennis player. By the time he retired and before it opened good prospects of work of the commentator.

The day before the tragedy, revealing Gerulaitis played a doubles match with Borg, Connors and Lloyd in Seattle. “Vitas spent one of those matches when every joke and the punch hit the target. After the first set I even told Jimmy: “We could not even here it may be time Vitas,” recalls Lloyd. During the game, Gerulaitis pulled back. In the end, he flew back to new York, although otherwise would have stayed another few days in the company of his friends.

A post shared by Vitas Gerulaitis Tribute (@vitasgerulaitistribute) on Nov 17, 2019 at 11:34pm PST

“Mom made him Breakfast, I massaged his back. More we never saw,” recalled Ruth. Day of Gerulaitis went into the guest house of one of the friends to rest and get ready for the party, which was to take place closer to the night. But in the end he died in his sleep due to carbon monoxide poisoning. It turned out that the heater for the pool at the mansion was damaged from it and there was a poisonous vapour. So absurd to get care brilliant man with a tragic fate. Vitas was only 40. 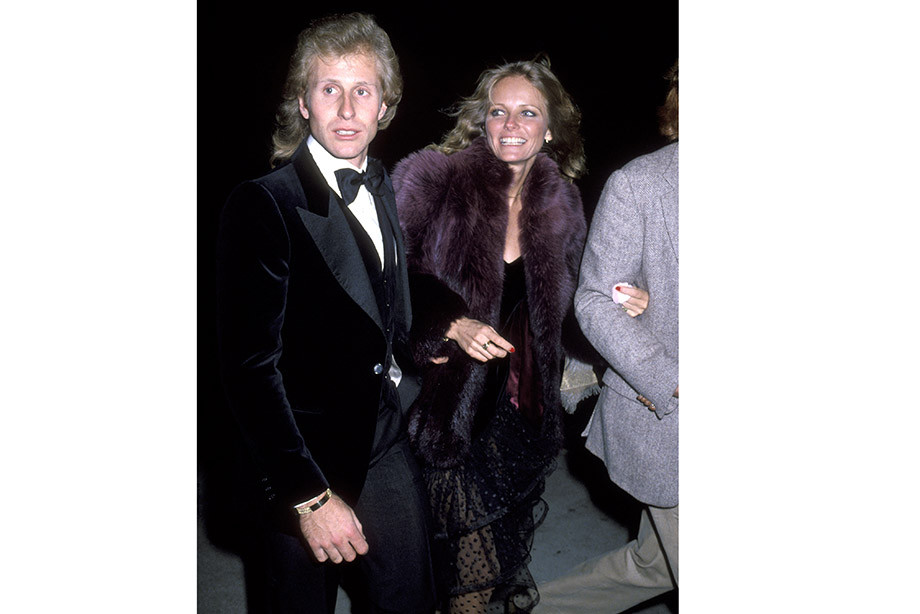 Lloyd learned of the tragic death of Vitas on the phone. “The Borg were in the restaurant, he had dinner. I told him that Vitas had died, but he didn’t believe. We went to the room and called Mrs. Gerulaitis. She picked up the phone, cried a lot, said it’s true,” said Lloyd. At the funeral the coffin Vitas of Gerulaitis carried his faithful friends and rivals – Borg, McEnroe and Connors.

Watch the video in the Youtube”channel” AP Archive.

Soon died and the mother of Vitas. She developed Alzheimer’s disease. But, as told to the sister of the tennis player, the disease had a positive value, because their mother is at the end of life didn’t even remember that she had a son. The very root always keeps the house photos brother. And all of it completely consistent with its nature — was smiling and laughing.