HomeТеннисTennis players showed outfits “out of the closet” for pending tournaments

Tennis players showed outfits “out of the closet” for pending tournaments

The women’s tennis Association on its website has posted photos of the most fashionable outfits tennis players “pandemic” season. As the official women’s tennis tournaments will begin soon, they are forced to show the dresses at the exhibition tournament that few looks. What happened to the collections that were prepared for the major tournaments in advance — in the article “MK”. 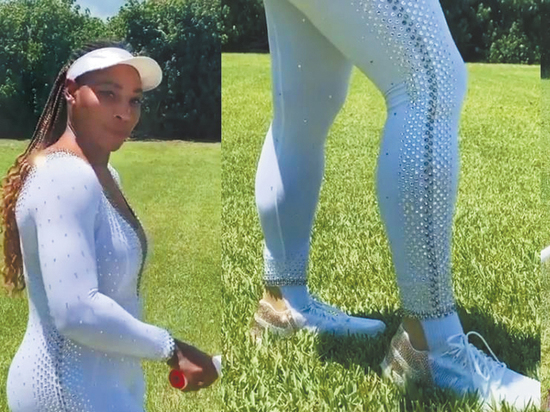 photo: a frame from the video

Why not coming to Wimbledon, where everything is always white?

Big sport brands are usually prepared several collections for the season: they are updated each Grand slam tournament, and sometimes more often. This season, the full demonstration of the tennis fashion only happened in Australian Open, at the time we only “heard something about the strange virus” that is spreading in China.

In Melbourne, Petra Kvitova vs Elina Svitolina, Simona Halep, Naomi Osaka showed bright prints, Serena Williams and Maria Sharapova (not yet retired) have traditionally been absolutely exclusive dresses major sports brand. Ashleigh Barty chose a mint shade, and Caroline Wozniacki during their last match in his career (recall that it was in Melbourne, the Dane said goodbye to the sport) were in fasting purple dress sewn with the use of new cooling technologies, helping players to cope with the Australian heat. And, as always, it was interesting to see one of the most controversial court — American Bethany Mattek-Sands. This time there was no leopard outfit at the US Open in 2007, or dressed up as Lady Gaga as Wildone-2011. But the bright top paired with a flounced short colored skirts attract attention, and the collection of sports brand, which suits Bettany, is called non-trivial — “a night at the Opera”.

In February, when the virus only sneaked into Europe and had not even thought to conquer the United States, brands showed collections created for large tournaments in Miami and Indian wells. Ashleigh Barty, Karolina Pliskova, Sophie Kenin and Kiki of Bertens had to play in dresses berry shades with a feminine trim and rose pattern.

For the new stars of world tennis, young Coco gauff are, its sponsor slightly modified the kit in which she performed in Australia this time instead of yellow and white-black palette included orange and grey.

And Serena Williams had to demonstrate their exclusive swing dress mint color on Instagram. It is specially paraded in her dressing room for fans, very saddened by the fact that the duplex hem Flirty skirt can’t fly in the courts of Miami.

Garbinie of a celestial body could appear before the admirers in a dress of black mesh created from recycled plastic.

When it became known that the “Roland Garros” is transferred for September, the company decided to publish the collection in which the players went into the courts in Paris. Thus, the brands will probably made clear, that moved the Open championship of France, they will prepare a new one. That is logical, because, for example, the Nike collection was called “the Paris summer-2020”, and at the end of September, the athletes will have something more warmed — not too frying Parisian evenings in the fall.

By the way, despite the departure of a great sport Maria Sharapova, her line still exists, and that it has been released and dress for French Open 2020 as part of the collection “Paris summer”. The name of the outfit formal style has been adapted for tennis court: it was not the color contrasts, the combination of dark blue and black, but with lace and satin at the waist.

The entire collection, by the way, it was immediately sold at a discount, as well as other “unused”. Not only that, people saw the outfits on the courts, and by exercise in this period of the pandemic was difficult.

Kits for Wimbledon, where, as you know, all the players are required to act in traditionally white, to produce steel. But when the press service of the tournament finalists athletes and fans to spread in social networks your vision, as it was held the Grand slam tournament in London, Serena Williams again using his Instagram showed a formfitting white jumpsuit with rhinestones. It was hardly her official outfit for Wimbledon, but looked nice. In similar it is, incidentally, played in 2018, on “Rolan Garros” (black with a red belt) and in April 2011 (neon pink).

By July, when it became clear that tournaments are slowly beginning to resume — August 3 start of the female competition in Palermo, brands create new products, in which many tennis players have participated in the exhibition competitions. Some of them just got in a rating of the best outfits of July on the WTA website. There appeared Latvian tennis player Anastasia Sevastova in Sunny yellow with blue accents, Petra Kvitova in a bright blue with red stripes, Sophie Kenin — in a colorful skirt and a white top with a similar skirt panels.

Now the tennis world is waiting for decision on US Open. Tennis Association USA must make the final decision from day to day, but we already know that in new York put courts. Collection of the U.S. Open, we might be able to see immediately after the announcement of the decision, whether to risk the organizers to hold the tournament.