HomeFightsThe Americans promised to beat Volkov and Slaughtered. Fighting the Russians in the UFC in Moscow will not be easy

The Americans promised to beat Volkov and Slaughtered. Fighting the Russians in the UFC in Moscow will not be easy

9 November in Moscow “CSKA Arena” will take place tournament on the mixed single combats of UFC Fight Night 163. “Soviet sport” tells about the main battles fighting show, which will include Russians Alexander Volkov and Scored Magomedkerimov. 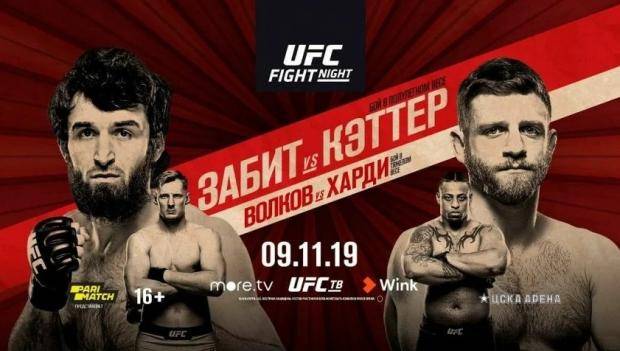 Wolves will fight with the bully from USA

Initially, Alexander Volkov had to fight with the former champion of UFC in heavy weight Junior DOS Santos, but the Brazilian two weeks before the game received a leg injury and he underwent surgery. The part of the Russians at the Moscow tournament was in question and the matchmaker in a short order was looking for him opponent. Proposals were sent to the Frenchman of Cameroonian origin to Francis Rannou and American Derrick Lewis. But both refused. The first referred to the fact that will not have time to prepare properly, and the second did not disrupt his game against Bulgarian Blagoy Ivanov, which took place on 3 November and ended in him winning a split decision.

In the end, to fight with Drago agreed Greg hardy is a former American football player who came to MMA just last year. This guy is not very loved in his home country, as it is, to put it mildly, a bully and lawbreaker. In 2014, he was sentenced to 18 months probation for assaulting a former girlfriend. But the girl did not appear in court to testify and the case was closed. Hardy is no different your discipline and in the octagon. In January of this year he was disqualified in a bout against Allen Crowder for illegal strikes knee. And more recently, on 19 October, he defeated Ben Sasoli on points, but the fight was declared invalid. The fact is that between rounds, the American used an inhaler, which is banned in the UFC.

However, to save the fight for Volkov and the tournament in Russia, the organizers had to resort to the candidacy of hardy as other fighters to persuade failed. Wolves, sure to be a favorite today. He is much more experienced, taller and possesses sufficient skills in striking and ground fighting in order to defeat hardy. But the Russians have to fear sudden attacks of American who all his five victories were won by knockouts in the first round. We must do everything possible not to repeat history, as in the Volkov fight with derrick Lewis. In October last year, the Russians confidently beat the opponent on points over three rounds, but at the end of fight I believe in your strength, lowered his hands and missed a strong blow to the jaw. Lewis managed to rebound and won a victory a technical knockout in 11 seconds before the final siren. It was very disappointing. Let’s hope for Alexander it was a lesson and will not happen again.

Due to injury, DOS Santos was made that the tournament will be headed by a duel between Clogged by Magomedsalam and Kelvin Cattenom. Russian is in good form. Thanks to the five confident and beautiful victories in the UFC, he quickly climbed in with the top fighters of the Featherweight division. And that is the truth that all those above Magomedaliyeva in the rankings, all sorts of ways to avoid meeting with him. And he had only Frankie Edgar, Jose Aldo, Brian Ortega, Alexander Volkanovski and champion Max Holloway.

At the end of last year Scored was the winner of the award for “Best samisen of the year.” Russian is so spectacular and unusual “twisted” leg Brandon Davis that this technique was appreciated by all without exception. In Moscow, his opponent will be Kelvin Catcher — a very serious contender, which can cause problems to any michiteru division. The representative of the United States is a Prime puncher and basically act as the number. But in the battle with Clogged he will have to rely on counterattacking actions, as Magomedkerimov pressure on all opponents without exception, like a tank.

Both fighters in their matches use spinning back kicks, punches and jumps backfist and other techniques using knees and elbows. Undoubtedly, this fight will appeal to the MMA fans.