HomeFootballThe first exhibition of the arrival in Sochi was announced… “Ahmad”. Accidentally
Football

The first exhibition of the arrival in Sochi was announced… “Ahmad”. Accidentally 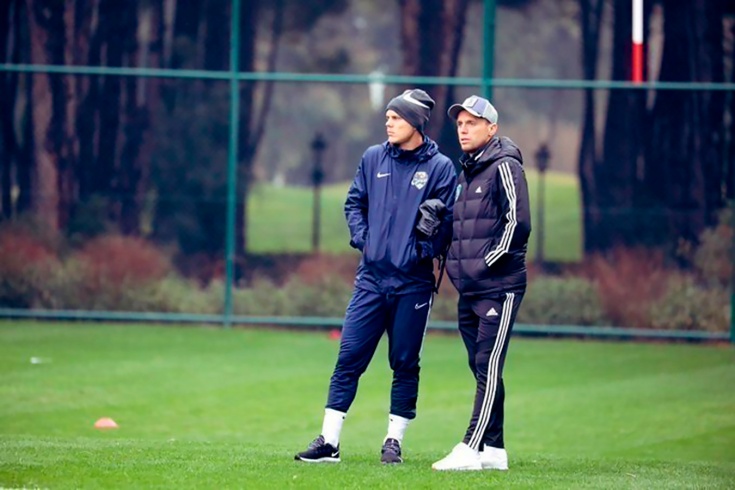 The transition Alexander Kokorin from Zenit in Sochi finally got a confirmation through official sources. Surprisingly, the first photo of the attacker in the form of the Sochi club has published in his “Twitter”… “Ahmad”. Of course, by accident. The press service of the club from Grozny took the picture, which Kokorin and Denis Glushakov together watching a friendly match “Sochi” – “Ahmad” at the training camp in Turkey. In this case the attacker is wearing the uniform of Sochi, not Zenit. Soon the post was removed from Twitter “Ahmad”, but not disappeared from the Internet. 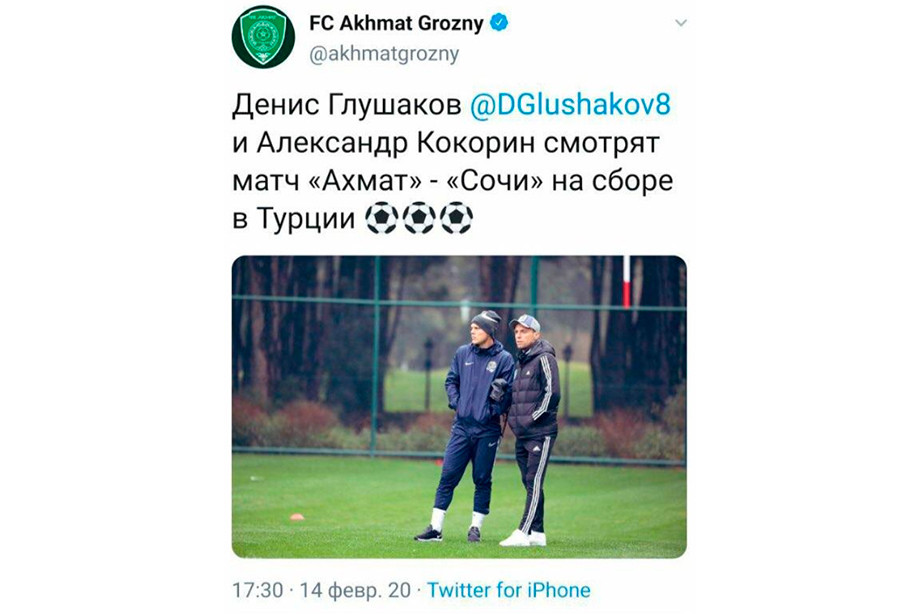 “Ahmad” revealed the secret. In St. Petersburg, and Sochi has not officially announced the transition Kokorin, who went to Turkey for training with the farm-club champion of Russia. “The football club “Zenit” Kokorina rental in Sochi is not confirmed. No such decision”, – said today “Championship” in a press-service of the blue-white-blue. However, the meeting Kokorin with Boris Rotenberg became known two days ago. The owner of the southern club told about the prisoner agreement with the Zenit Alexander agreed to hold the second part of the season on loan at Sochi, where they will get a stable match practice and a chance to prove their need of the Russian team at Euro 2020.

Agent and stepfather striker Kirill Loginov, who claimed earlier that Kokorin is not going to go to Sochi, finally confirmed the transfer. The differences between the parties settled. According to unofficial information, the salary Kokorin in the Sochi club will be 2 million rubles a month.

We will remind, recently a well-known journalist and blogger Vasily Utkin said in his telegrams channel about the cause of the transfer of striker “Zenit” in Sochi.

“The last of Kokorin. Two weeks ago or so it all started with a phone call to Alexei Miller. Called the first Deputy head of the AP Sergey Kiriyenko. No more, no less. You can interpret this event as anything. I would argue with the degree of exactness with which all journalist my qualifications can judge about the fact of such a call. In light of the above. I believe it is extremely unlikely that Kokorin will move to the Russian club. It is. But exactly to the extent to be built on the fickle sentiments of those whose opinions have weight in the conversation between the head of Gazprom and first Deputy of the AP, responsible for domestic policy. 5 percent. Because from now on, assuming the transition Kokorin in another Russian club, continued his career in Russia is the largest damage of the Russian company. Each tour will be a reminder. In Belgium, in Netherlands, in the Spanish or German club of the mid-and lower in Switzerland. As much as necessary. Other – 5 percent probability,” wrote Utkin.

However, contrary to the assumption of an insider Kokorin remains in RPL. Twitter has kept the other fresh photo Glushakov and Kokorin. Midfielder “Akhmad” posted it in his post. In this picture it is not evident that the striker is in the form of “Sochi”.

The coach of Galatasaray recovered from coronavirus

Sennikov: the Results of the current season of RPL need to cancel