HomeTennisThe former boyfriend of Sharapova discovered coronavirus. What else is known to Grigor Dimitrov

The former boyfriend of Sharapova discovered coronavirus. What else is known to Grigor Dimitrov 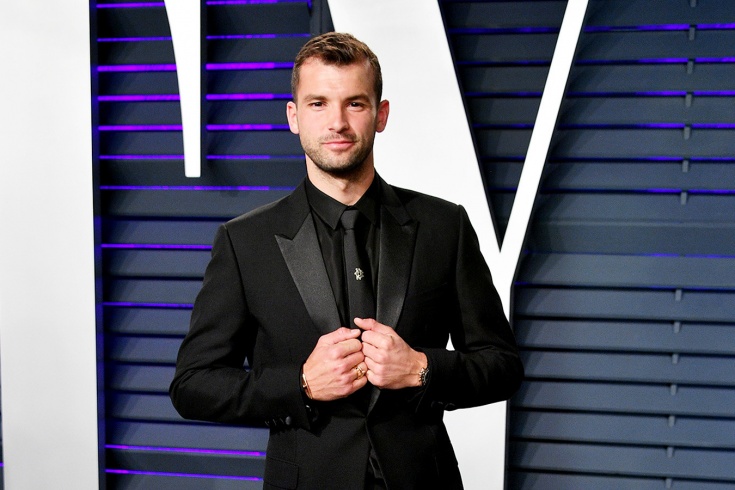 After the defeat in Zadar (Croatia) in a match of the second stage a series of exhibition tournaments Adria Tour, organized by Novak Djokovic, Bulgarian Grigor Dimitrov withdrew from the competition and flew to his home in Monaco. Later it became known that the Gregory test for coronavirus was positive. At this point, had to start the final match in Zadar – Djokovic – Rublev, which organizers canceled for security reasons.

Grigor Dimitrov was born in a family of sports coaches Dimitra and Maria. His mother in his early years played professional volleyball. Himself Grigor became involved with tennis since the age of five. The success of the Bulgarians came in the Junior age. At age 15 he won the prestigious tournament of young talents Orange Bowl in the age category till 16 years, and the following year came into the final in category up to 18 years. A year later, in 2008, Dimitrov won the last Junior Wimbledon and US Open. Was the first racket of the world in the Junior rankings.

In Bulgarian adult career a few years playing in lower leagues tennis – won 6 futures, 4 challengers. The first title on the ATP level Grigor won in 2013 in Stockholm, where he won the final of the Spaniard David Ferrer. Career total he has won 8 trophies and 7 times was in the finals.

For Dimitrov, the most successful turned out to 2017. He won in Brisbane, Sofia, on “Masters” in Cincinnati, reached the final of Stockholm and qualified for the Final tournament ATP in London for the first and only time in his career and immediately won it. As a result, the Dimitrov became the third racket of the world – he is the most successful tennis player in the history of Bulgaria.

In three tournaments “Grand slam” Grigor reached the semi – finals at Wimbledon in 2014, the Australian Open in 2017 and the US Open in 2019, where he lost to Russian Daniil Medvedev. For demeanor on the court, style of play and, in particular, a one-handed backhand of Dimitrov early in his career called “Baby Federer”, but this nickname gradually lost relevance, primarily because of the lack of big wins.

Over the years spent on tour, Gregory acquired the fame of a womanizer and Heartbreaker. In the Junior years, the Bulgarians met with Slovak tennis player Romana Tabak, later Dimitrova tied a romantic relationship with compatriot Simona Stefanova – the daughter of a famous Bulgarian businessman. According to rumors, in 2012, Gregory was in a relationship with Serena Williams (which is older than 10 years), but after breaking up, the famous American called the Bulgarian “a guy with a black heart.”

In the same year, Dimitrov began a relationship with Maria Sharapova. The Russian was playing in Beijing, and her agent Max Eisenbud was in Miami. When Sharapova got from max, the message at 4 am us time, she was very surprised. Even more she was surprised by the SMS: “Grigor Dimitrov asked for your number.” After this, Sharapova googled his name to find out the age of Gregory to see if they have something to be. He at that time was 21, and Maria 25. Here as Mary wrote in her book: “In this moment I remembered that I had seen Dimitrov at Wimbledon. Tall, thin, with a confident look that seems to say: “I know I’m good.” I then said to the coach: “Good thing he’s not from my generation, otherwise it would be hard to play, I would be distracted”.

Athletes for a long time hid their relationship, but in the spring of 2013 the secret is out. “Yes, we have some time there, but I don’t like to discuss such things. We are both public people, so it is nice to have in your life something personal,” he told journalists Dimitrov. In the summer of 2015, the players simultaneously announced the breakup, but kept friendly communication.

At the end of the same year, Gregory began an affair with a famous singer Nicole Scherzinger, who over the Bulgarians for 13 years. By the time Nicole broke the long-standing relationship with Formula 1 driver Lewis Hamilton. It is interesting that all ex-girlfriends Dimitrova, except Serena, have Slavic roots. And here is Nicole’s middle name Praskovya – in honor of her grandmother. Mother of the singer is of mixed-Hawaiian ancestry, and the father is a Filipino. In 2019, a Bulgarian and Scherzinger broke up. The name of your new girl yet Gregory does not advertise in social networks joint photo isn’t posting.

A post shared by Nicole Scherzinger Philippines (@nicolescherzingerph) on Mar 5, 2017 at 2:52am PST

It is not surprising that Dimitrov, who is considered one of the most attractive players in the tour can be seen frequently for popular magazines, participates in various advertising campaigns. One of the most famous Bulgarian projects was his participation as a model in a fashion show of Italian brand Dolce & Gabbana within the Milan fashion week in February 2017.

It should be noted that to Gregory are very good in the tour, he has not been seen in some high-profile scandals. Moreover, in the life of a Bulgarian once there was a case in which he showed a real human quality. In March 2014 at the tournament in Miami in the match of the third round with the Japanese kei Nishikori Bulgarian asked the girl, the ball, to bring him a towel. She had not responded to his request, and tennis player realized that something is wrong. Dimitrov stopped the match and helped the girl outside the court. His participation proved to be very helpful, as it was later revealed that Bolger got heat stroke.

Now the whole tennis world is experiencing already for the Gregory. Dimitrov became the first player from the top 20 who have discovered coronavirus. In his address to the subscribers “Instagram” Bulgarian in particular wrote: “I’m sorry if I hurt someone. Now I am home and recovering. Thanks for the support, take care of yourself and your health”. It is still unknown where and how he contracted the coronavirus Grigor, but given that he talked with a number of players without social distancing, came under attack by many, including the first racket of the world Novak Djokovic, and the Russian Andrey Rublev.