HomeЕдиноборстваThe Japanese fighter tried to drop an opponent, changed his mind and fell in the knockout himself. Video 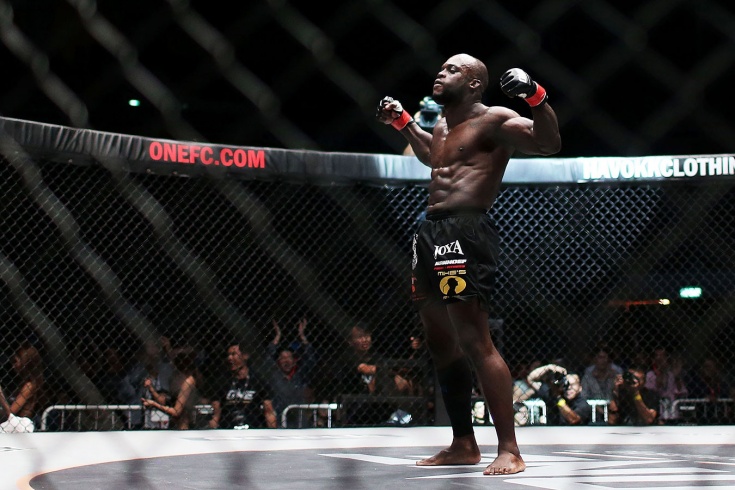 Melvin Manhoef. This name is known to the Russian fans first of all because of the scandalous and rather dark history with the famous Alexander Shlemenko. But the Dutchman of Surinamese origin can tell not only about the controversial cancellation of the result of the fight with the Russian, but also glorious victories. One of them became almost a classic the world of mixed martial arts. Anyway about the outcome of that is remembered today.

6 Oct 2012 he performed at the tournament of promotion ONE FC “rise of kings”. It was only the sixth show in the history of the organization and fight Melvin Manhoef with the Japanese Re Kawamurai opened the main card.

Melvin held the second meeting in less than a month. In the previous battle, he was only the second time in his career he won on points, the rest of Victoria, he won ahead of schedule. Obviously, Manhoef did not enjoy the prospect of another full battle and on the evening in Singapore he set up the knockout.

Although the opponent Melvin not promised him an easy walk. In the past he could not fight such monsters as Kevin Randelman and Mohammed Laval, and the tournament Kawamura and is approached in a series of three victories. In General there were the conditions of competitive fight.

The reality was a bit different. The Japanese came into the cage with one goal – to not let the opponent to do something. Kawamura constantly maneuvered, went from side to side, danced and even jumped. Because of this rivals for more than two minutes the opponent could not convey to each other any impact. In one of the episodes Manhoef even angrily stopped, his whole appearance showing that he did not know what to do in such cases.

The referee called for the return of the athletes to fight, and those a little more active. It immediately brought Kawamura problems. He started to skip power attack Melvin and only occasionally got himself. Then he again began to wriggle out of the fight. At the end of the round Kawamura made a clumsy attempt to hold takedown. First, he leaned his head forward, and then changed his mind and tried to return to its original position, rising on one knee. At that moment, Manhoef has brought to the jaws of the Japanese heavy right hook and knocked him out. Fortunately the referee did not give a Melvin to finish Re.

After the defeat Kawamura never recovered. He spent another three fights in which he suffered two defeats. In 2014, the Japanese announced his retirement from the sport.

As for Manhoef, he, in spite of 44 years of age, continues to beat. In 2016 and 2017, he challenged the title of the champion of Bellator, but lost twice to Rafael Carvalho. It’s not forced him to hang up the gloves. The last time the Dutchman appeared in the cage in October 2019. On the 230 Bellator tournament he knocked out Yannick Bahati. This victory was for the ruthless 29th early in MMA (32), and it seems that we have a chance to see some more outstanding performances from the ageless fighter.