HomeFights“The welcome fall even legends.” Six years ago, Olejnik made his debut in the UFC. Video

“The welcome fall even legends.” Six years ago, Olejnik made his debut in the UFC. Video 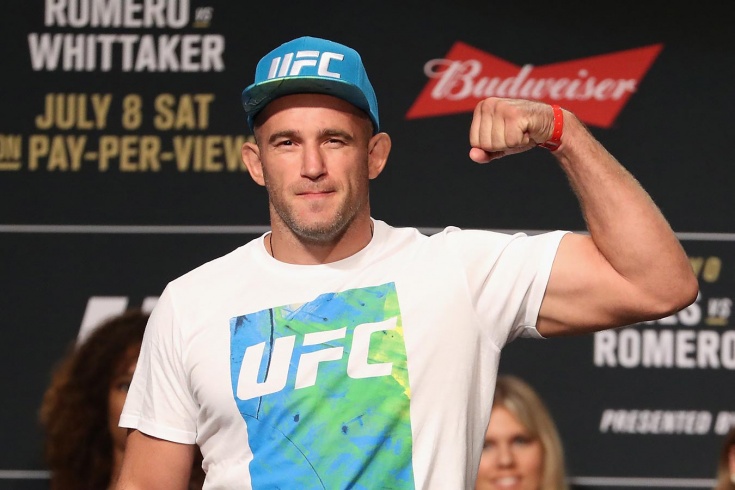 Alexey Oleinik made 2013 the year of beautiful, won the Moscow tournament Legend Part 2: Invasion of the legendary Mirko CRO COP. Horvath was the victim of strangulation, and the Boa was thinking about options for a career.

For 36 years Alex spent more than six dozen fights under the auspices of various organizations, but didn’t get a real world fame. Soon Oleynik, going on a series of nine wins, the leadership came UFC: Boa has been awarded a contract for a match with Anthony Hamilton. Debut fight Oleynik in the main world promotion took place exactly six years ago. His American rival has also been in the UFC a rookie whose record to that point was worthy of 12-2. Duel of the debutants started with a neat shootout, where Oleynik, at that time still acting under the flag of Ukraine, failed a few good hits.

After a short pause due to the blow to the groin Boa has once again started to push, aiming the head of his opponent and drawing in addition to the grid. Shortly after Hamilton found himself on the canvas, where Oleinik quickly took a comfortable position and began to choke. A few more seconds of pressure on diaphragm and the battle ended: for a debut victory Alex had 138 seconds! During his performances in the UFC the whole world recognizes that Alex is the king “Ezekiel”.

In an interview with Oliynyk was traditionally cold-blooded: “the Organization is good, but I will not say that it differs from the rest by several orders of magnitude. Of course, has its own atmosphere, and it plays an important role. Liked the audience. The fans are true fans – very well maintain. I think we’d booed foreign fighter, and I was very well received. My reception? On this technique can get even the legends. In fact, the reception is not very clear. Despite the seeming simplicity, you need to know some points. All enemies expect from me “Ezekiel”, and almost everything is well protected. I have to find a new path.”

Shortly after his success of the fighter, for a long time lived in Moscow, received a Russian passport. The win over Hamilton was for Boa only the beginning of a long journey in the UFC. Ivan the veteran regularly fights and, despite his 43 years, can give odds to many young rivals. In addition to a great parterre, Olejnik is always ready to “distribute” in the rack. Among the most important scalps “uncle Lesha” — Maurice Greene, mark hunt and legendary Fabricio Werdum. Now Oleynik goes for a series of two wins and 8 August will meet in Las Vegas with dangerous derrick Lewis.

Hamilton, who lost his debut fight, been in the UFC a few years. Great success on account of his was not: of the ten fights he has won only three, losing including Russian citizen Shamil Abdurahimov. In 2017, the American ended his career after suffering four defeats in a row. Especially sad looked his job in the first round, where he regularly flew in the knockouts.