HomeЕдиноборстваThe wife of the deceased wanted to crush the people, and the disabled attacked the champion on a kickboxing? 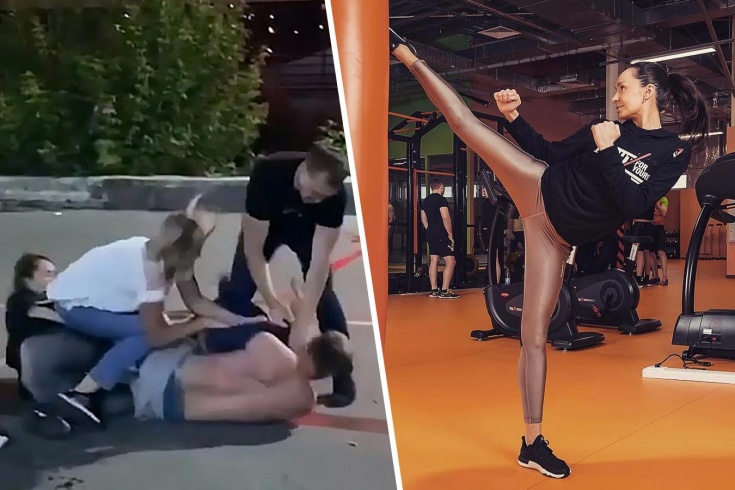 On the night of 27 July in Barnaul happened a street fight that led to the tragedy. Former boxer Michael Elders with one blow killed the passer Paul Rohloff, tried to defend the beaten man. The conflict was also attended by the wife of the deceased Svetlana and friend of the boxer Lily Vorogushin two – time world champion in kickboxing. Initially, everything seemed simple and clear – Rohlov died intercede for the defenseless, disabled man who was beaten by the experienced sportsmen. But is everything so simple?

Svetlana Rohloff immediately after the tragedy, wrote in the Instagram post with the details of the incident. “My husband could not pass up when beaten disabled! In the hand the guy had a cane, he was just trying to fend off these scum! My Pasha came to the rescue guy. Wanted to separate. But Vorogushin — master of sports in kickboxing, and his friend began to jump and beat us! Then was the decisive strike and instant death!”.

In addition to the emotional story about the incident, the wife of the deceased started an active public campaign. Svetlana was the first to call the names of all the members of the tragedy and requires for them the most severe punishment. Rohloff hopes that the Elders will receive a “deserved 15 years in prison” and asks to be punished and Vorogushin. In particular, she wants to deprive the athlete of all titles, and have already addressed this issue in Federation of a kickboxing of Russia. To understand Ruhlova possible – she lost the closest person and the father of her child.

The other side soon introduced its version of the conflict. Vorogushin claims that the man who became the cause of the fight, first began to behave aggressively. He sought to fight, and soon got out of the car walking stick, which hit a friend of Warehousing. If he was a disabled person in fact is an open question. According to the version of the world champion, at this point, and there were some drunk people, among whom was the victim. They do not understand the situation and immediately entered into a scuffle.

Vorogushin says that the wife Rohloff struck her a blow, overturned the kickboxer on the asphalt. Lily got up and attacked her himself Rohlov, hit hard in the face. There has not sustained the Elders up to this point trying to resolve the conflict verbally, and then struck Paul the most tragic blow. The athlete is sure that she Rohloff takes the scandal one-sided, deep enough to “bury” their opponents. From the available video difficult to understand how really started the conflict.

To the above Vorogushin added that the wife of the deceased after the tragedy, tried to crush opponents on the machine: “She was trying to make an impact on us and strangers who happened to be at the scene, including the police. We had to escape, we climbed the stairs of the shopping center and she went, knocking down the borders. Miraculously her car got stuck on the bottom of the stairs or the curb, and only then the police can pull her from behind the wheel”. The same opinion is shared by the former boxer’s wife – Oksana.

What is said by both parties is true and what is false, shows only the investigation. Whatever the circumstances, Michael Elders really ended the life of a man with one blow from behind. Let’s hope that the police will carefully study all the details, the more that the public outcry is very high. Governor of the Altai territory Viktor Tomenko convinced of the need for a strong reaction: “It’s just a blatant case of unacceptable cruelty. The crime received serious public resonance.

Law enforcement agencies reported to me on the situation and that the suspect was arrested. Criminal case is brought. Monitor the progress of the investigation. I am convinced that the response to such cases should be very hard, and the perpetrators must answer to the fullest extent of the law. This in our region cannot happen. I Express my deep condolences to the families of the deceased.”