The world record for Naomi Osaka. As the Japanese bypassed Serena Williams and Maria Sharapova 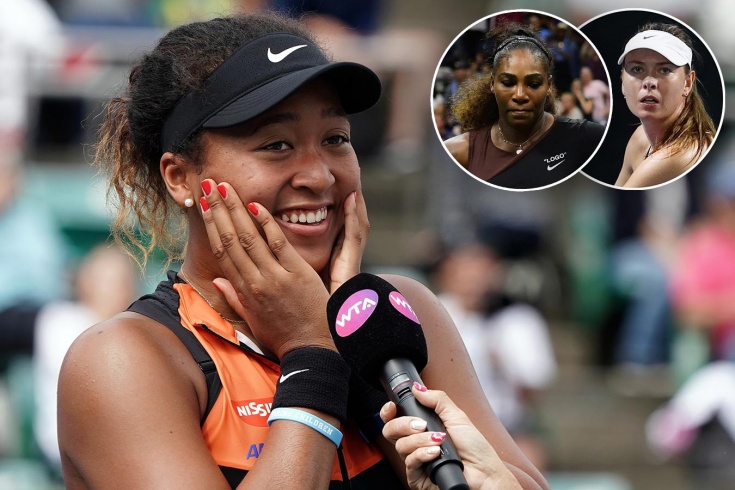 The Japanese player , Naomi Osaka has set a world record of women’s sports, earning 37,4 million dollars per year and becoming the highest paid athlete in the world in history. In the ranking of athletes of both sexes according to Forbes Osaka has occupied 29-e a place. The top 100 highest-paid athletes of the year got another tennis player, American Serena Williams. Her earnings totaled $ 36 million (33rd place)- for Serena is also the best personal achievement. From 2015 until now the record was held by Maria Sharapova – $ 29.7 million And General leadership over the past 10 years among athletes consistently kept tennis players: Sharapova first five seasons, then Serena four, and now all beat 22-year-old Osaka.

How Naomi managed to get around two of the giants of world sport, with a wealth of commercial experience? First of all it happened due to the rapid sporting success of the Japanese when she won two consecutive tournament “Grand slam” — US Open in 2018 and the Australian Open in 2019, after which it became the first racket of the world (28 January 2019). It is not excluded that the extra attention to Osaka from the audience (and ultimately sponsors) were involved after the famous scandal in the final of the US Open in 2018. Recall that when the Japanese competitor on a decisive match American Serena Williams accused the judge of bias and prejudice, threw a tantrum, which, naturally, influenced the mood of victorious that day from Osaka, which despite the triumph looked upset and lost.

Another recipe for success – youth. Triumph for Naomi Osaka came when she was only 20. It is clear that new names always attract sports enthusiasts and wealthy firms that are looking for new faces to advertise their products. An important factor of success is the roots of Osaka. She comes from an international family: her father Leonard Francois is originally from Haiti, and his mother Tamaki is Japanese. Naomi was born in Japan, and when she was only 3 years old, his parents moved to the United States. Naomi Osaka has dual citizenship – American and Japanese, but at sporting events it is only Japan. It was a very important moment in anticipation of the summer Olympics 2020 in Tokyo. Because of this, the player was able to get advertising contracts with Olympic sponsors such as Procter & Gamble, All Nippon Airways and Nissin Foods.

fake the smile till it turns real.

Won two “slam” in a row and first place in the ranking at such a young age influenced by the fact that the Japanese began to “fight” the largest sports sponsors. Speaking to 2019 in the outfit like Adidas, she eventually became the face of Nike and received from the company more than $10 million, and this partnership will run for at least until 2025. At the moment, Naomi collaborates with 15 brands. Among them are such well-known brands as Nissan, Shiseido (cosmetics), Yonex (sports equipment), MasterCard, BodyArmor (sports drink), Hyperice (equipment for rehabilitation), and others.

How I want to spend US Open: locker rooms in the temporary hospital

Tarpischev — the resumption of training: Leapfrog and unequal opportunities for athletes