HomeЕдиноборстваTyson stole two victories. It was worth Iron Mike to go to the Olympics. Video

Tyson stole two victories. It was worth Iron Mike to go to the Olympics. Video 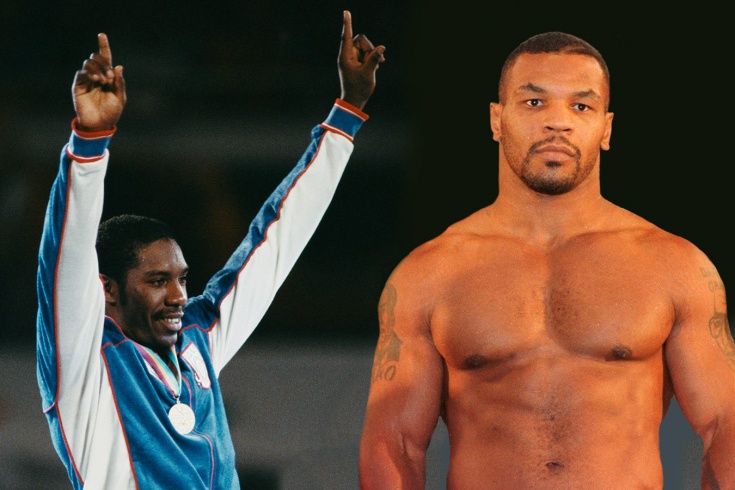 When we talk about the glorious generation of boxers from the 90-ies, remember Lennox Lewis, Evander Holyfield, Roy Jones, Oscar de La Hoya and, of course, Mike Tyson. Almost everything on this list great achieved certain heights in the Olympics. The only exception was Tyson, who had never participated in the main sports event held every four years. Meanwhile, Iron Mike, like all young ambitious athletes who had cherished the dream of becoming part of the Olympic games.

A decisive roll in this direction he intended to do in 1984 when he tried to qualify for the home Olympics in Los Angeles. At that time Mike was only 17 years old, but he managed to win many awards at all-American level. The fame of the boy with an incredible knockout kick flew in all States. Eventually, Tyson became one of the main candidates to the national team for the Olympic games. His main competitor was a 23-year-old Henry Tillman.

In the same 1984 was their first game. Tyson began the fight in typical for an aggressive manner and were constantly pressing Tillman. Mike regularly tried to penetrate the corporate side in the jump and worked with the pendulum. Henry looked confused. In the middle of a round, the future world champion cornered opponent near the ropes and sent him down, so much so that he fell outside the ring. However, Tillman found the strength to rise and not let himself finish. In the next two rounds, Henry “turned on the bike” and for the most part was running away from an aggressive opponent, firing jabs and occasionally twos. In these moments, Tillman looked like an outright spoiler, but the judges still managed to see his victory. Hall met the decision dissatisfied roar. Tyson has shown a maximum respect for the opponent and raised his hand.

Soon Mike had one last chance to get to the Olympics, and at the same time to get even with Tillman. In fact, this was the final selection for the Games. The second meeting of opponents was in the same vein as the first. Tyson attacked, and Henry for the most part not fought himself, and did not do the enemy. Like the first time, the judges gave the victory to Henry, and again the crowd in the hall greeted the decision dissatisfied roar. Anyway, rewind was impossible, and the Olympics went to Tillman, which, incidentally, brought team USA to the gold award.

As for the reaction of the team of Tyson on the scandalous verdicts of the judges, coach Mike cus D’amato explained by the fact that his own character was objectionable to the coaches of team USA and so Cass just punished for intransigence.

As a professional, Tyson found a way to get even with Tillman. In 1990-m to year, after losing to Buster Douglas and the loss of titles, Iron Mike came out to fight with old friends. This time he did not postpone it indefinitely. At the end of the first round he brought a powerful right side after the draft in the temple area Henry, and he was unable to stand up on the count of ten. A spectacular victory, which must have sucked the wounds of six years ago, caused the unfair decision of the judiciary.