The European Union of football associations, the English club will not be able to play in European cups in the seasons 2021/21 and 2021/22. 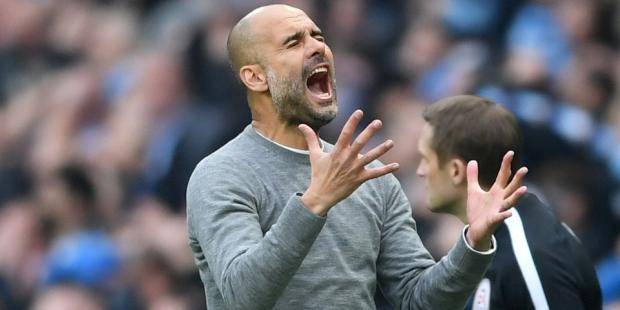 Valentine’s Day body of UEFA club financial control body issued its harsh verdict against the current champion of England “Manchester city”. For violating financial Fair Play rules from 2012 to 2016 the citizens will not be able to play in European cups over the next two seasons. The current draw sanctions do not apply, but in addition, the city will have to pay a fine in the amount of 30 million euros.

Condemned Manchester rich (or rather, of the wealthy Abu Dhabi) for the repeated overstatement of revenues received from sponsors, and for the fact that they introduced inspections UEFA misleading.

To explain exactly where sinned the bulls and their owner, Sheikh Mansour bin Zayed al Nahyan, you need to spend a small educational program about financial Fair Play – the brainchild of the previous President of UEFA Michel Platini.

Financial regulation has been active since 2011. Ever since the clubs participating in UEFA competitions must prove they have paid all the bills. I mean, no debts and transfers of debt contracts of the players, and all taxes and social contributions paid on time.

From 2013, participants of the Champions League and Europa League and confirm their viability. To check UEFA and created the financial control body, which is now so severely punished Manchester city.

The essence of the financial Fair Play is simple: you cannot spend more than they earn. Strictly according to the precepts of the ideologist of the creation of the United States of Benjamin Franklin, whose portrait is on the hundred dollar bill.

During the period of three years, the club can spend just five million euros more of their income. It is important to note that in the “costs” are not considered investments in the development of sports infrastructure and the development of youth and women’s football.

UEFA believes that financial Fair Play helps to avoid “an uncontrolled growth of debt,” and improves “the overall financial stability of European club football.” This was left some loopholes to absolutely not to twist the hands of those who wish to spend their millions on the transfer market. From 2013 to 2015 could have a debt of 45 million euros (with an obligation it is necessary to pay, of course). But then the limit was tightened to 30 million

So simply to take and close the excess of expenses directly out of pocket, no club owner can’t. Here that is written in black and white in the financial regulations of UEFA:

“If the legal person or such persons related to the same owner or the same state structure, provides more than 30% of all revenues to the club, then such entity automatically falls into the category of the interested party”.

Translating into Russian with the law – anyone who invests more than a third of the proceeds to the club cannot be sponsored. At this point and got burned, “Manchester city”, or rather, its owner Mansour bin Zayed al Nahyan.

In the British press writes that the documents sent to UEFA from 2012 to 2016, “city” received an annual sponsorship in the amount of 67.5 million pounds from Etihad Airways, the national airline of the United Arab Emirates.

However, the Authority of UEFA’s club financial control body has found out and proved that in fact, Etihad Airways has only sent 8 million (for example, in 2015/16). The remaining funds (i.e. 59.5 million pounds) Manchester city received from a private company Mansour Abu Dhabi United Group. This is what, according to the rules of UEFA, it was absolutely impossible, because Mr Sheikh was and remains the most “interested person”.

How UEFA has received evidence, it is possible to produce a feature film. It all started with the publications of the magazine Der Spiegel in 2018, and the main source of information for German journalists was a hacker Rui Pinto, whose home in Portugal as many as 147 charges of violating the criminal code. But that’s another story.