HomeFightsUFC champion and the best fighter the world Jones is caught drunk driving. No one is even surprised

UFC champion and the best fighter the world Jones is caught drunk driving. No one is even surprised 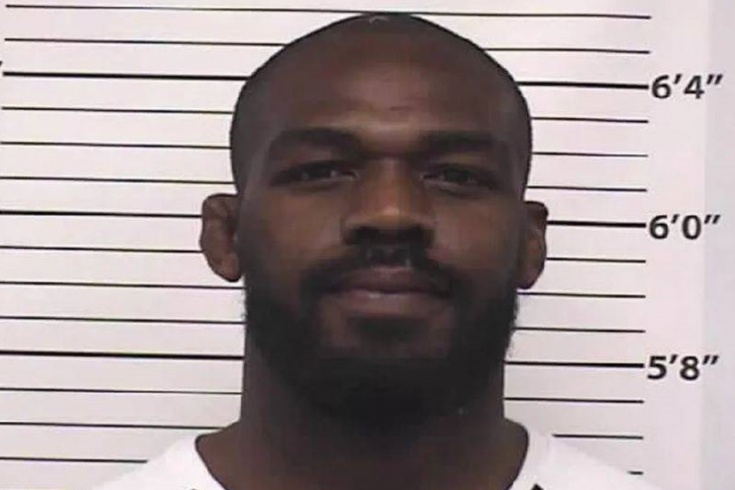 In the light of recent news of a new trick Jon Jones seems to have a fairly small event. Although some such feeling may occur because the bones have accustomed us to the fact that it is not surprising the next police record.

On the eve of the champion of UFC in a light heavyweight in his hometown of Albuquerque caught drunk driving at about midnight local time. It is reported that the police arrived on the signals of the shots, and the fighter were in possession of firearms. Police noticed that with Jones is something wrong, and John did not deny it, confessed that he was going to go ahead and agreed to go check. A breathalyzer confirmed that Jones was drunk, and his weapon was confiscated for further inspection. The athlete has already been released.

Given the difficult situation in the world, Jones could easily do another problem with the law — to act he certainly can not long. The last time John fought in February at UFC 247 he with difficulty overcame a controversial split decision Dominic Reyes and defended his title. Next time bones had to be beaten with Jan Blachowicz, or give revenge to all the same Reyes.

Just recently, Jones laid out the social networking posts on the correct behavior during the global fight against the coronavirus. “We all possess the spirit of a warrior and now is the time to show it,” urged Jones, adding that now all of us should stay home.

We all got warrior spirit, time to let it shine through

Video can be viewed on the page of Jones on Instagram.

Because of his propensity for violent and disorderly way of life, Jones lost one year of his career, but despite this is still considered a major talent in the history of the sport, which no one truly won in the octagon, let the numbers in the record and highlight one defeat.

But then John recognized the loser, because the referee of his bout with Matt Hemmila did not like the trajectory of Bony finished off the opponent with elbows from the mount. In fact, then Hamill did not win Jones. Jones in this life to win his own weaknesses and inner demons.

Recall that John John have repeatedly been in trouble because of his unhealthy penchant for adventure. Were accidents involving pregnant women, and Smoking pipes illegal things, and cocaine in tests, and failed doping tests. Champion was twice deprived of his title — and both times not due to lesions in the cell, but because of suspensions.