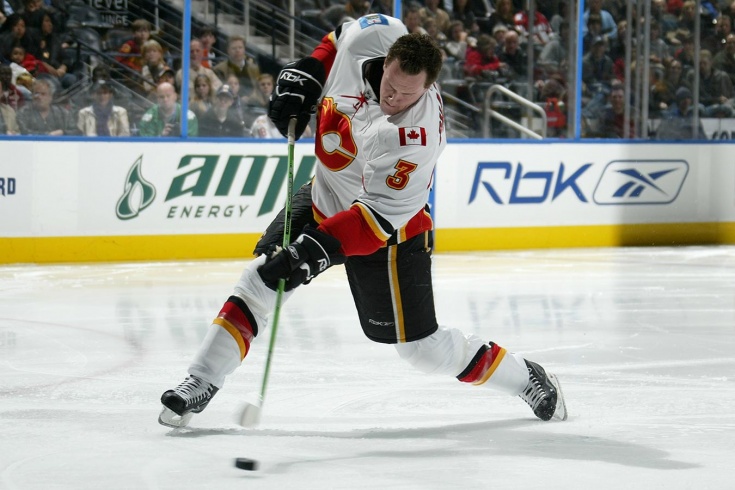 To Dion Fanaru can be treated differently. Defender-“sledgehammer” selected under 9-m number pick in 2003, had really started his career in calgary, where he played the first five years. He reached the level of 50 and even 60 points per season, willingly took part in skirmishes and fights, had a good shot and played hard. Then followed an exchange in Toronto where Dion has significantly passed, and most importantly — have signed a terrible seven-year contract worth $ 7 million per season.

From “maple leaves” it is with great difficulty traded in the “Ottawa”, which is also not without problems got rid of Faneva, sending him to the “Los Angeles”, which in June last year bought the remainder of the contract signed with “maple leafs” on 31 December 2013.

This career Fanara, t-shirts with whose name in Toronto still can’t sell even at bargain prices, ended. Myself Dion bravely said that determined to go back and that he’s still a lot of hockey, but believe in it with difficulty. In 2010, the magazine Sports Illustrated conducted an anonymous poll of NHL, which showed that 21% of respondents believe Faneva the most overrated player in the League. Myself Dion disagreed with the result, but in fact to disprove it failed.

At the beginning of his career, when Fane else claimed the prize for the best defender of “Norris Trophy” was an interesting episode. In 2008 in the home match with “Minnesota” Dion became the owner of unique achievement — he twice in one period, broke the defensive glass in the arena. The first time it happened 6 minutes before the end of the first period, when after throwing Fanara input in another’s zone, the puck broke the glass behind goalie Josh Harding.

A whole section of the fence was covered with cracks and had to be replaced. Five minutes passed, before the end of the period remained a matter of seconds, and Fane shot is already out of their zone. Miraculously, the puck is hit in the same place. The result was the same — the pieces and the need to call the workers stadium.

In 2011, Fane repeated the trick, already playing for Toronto. In the away match against “Detroit” it has also been gathered from the red line, but then the glass does not fall apart but just went large cracks, but still had to be replaced.

Pane went down in history not only stunning sharp decline in his game, ridiculous contract, errors at the gate and exchange, which was attended by 9 of the players, but and broken Windows. “Oh, you had spare glass to exchange!” — wailed the fans, “Ottawa” when Dion refused the clause in the contract prohibiting the exchange.

Ovechkin for the second time became a father

Igor Esmantovich broadcast “Match TV”: “CSKA is not in talks with Capitulum and Sorokin”

Leonid Vaysfeld: “the Task of the “Vanguard” to break with Andrighetto and Beck without losing money unrealistic”