Habib talks about his father, fighting and upcoming fight with Gati! LIVE!

They can be stopped? “Leipzig” sent Simeon home after Mourinho

Simeon lost when I changed myself

Not for the first time the attackers get to the places where you can store information about the state of health of seven-time champion “Formula 1” Michael Schumacher. In June was the stolen history of the disease, and this time the criminals stole a laptop personal physician racer — Johannes Pile. 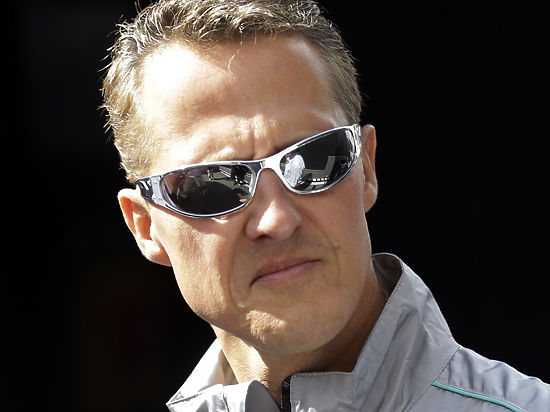 The Johannes Pile, the personal physician of Michael Schumacher, Nico Rosberg and the Dalai Lama, the laptop was stolen. It happened between Saturday afternoon and Monday morning, in one of clinics of Germany. In addition to computer criminals also stole a few hundred Euro, prescription pad and a bottle of perfume.

The doctor refused to tell if the computer has important information about the state of health of Michael Schumacher, currently undergoing rehabilitation after a severe head injury, according to Bild.

It should be noted that it already the second case when the attackers are trying to steal something that can give information about Schumacher. In June of 2014 from rehab in Grenoble were stolen history of the rider, and then the criminals are offered a variety of media to buy it for 50 thousand Euro. Then, on suspicion of theft, was arrested an employee of the Swiss “air ambulance” that carried out the transportation of Michael in a helicopter. However, in the day of judgment, the accused was found hanged in his cell.

Habib talks about his father, fighting and upcoming fight with Gati! LIVE!

They can be stopped? “Leipzig” sent Simeon home after Mourinho

Simeon lost when I changed myself

“You want to live longer together. Only this”. A poignant interview with his wife Kulkova

No one believes in Barcelona! Predictions for the quarter-finals of the Champions League

The giant did not save huge hands. Bigfoot tore down small and pot-bellied Cormier. Video

“Old men” keep the brand! Ranking the goalkeepers of the 1st round of RPL

LCH, we’ve been waiting for you! PSG made a remake of the legendary final Manchester United — Bayern!