HomeAutosportWon the first race, and then betrayed by his team. Unique race car”vacuum cleaner,” Formula 1

Won the first race, and then betrayed by his team. Unique race car”vacuum cleaner,” Formula 1 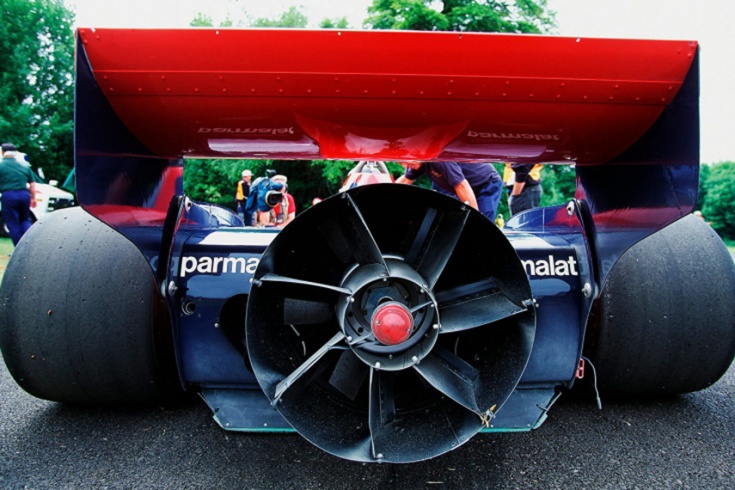 In the history of Formula 1 there is only one car that has won 100% of the Grand Prix, in which participated. Yes, some will carp that it is only one win on a single stage, but should cling to such trifles? The legendary “Bream” BT46B in any case, forever entered the history of Formula 1 after winning the Grand Prix of Sweden. It happened exactly 42 years ago — June 17, 1978.

The pursuit of “Lotus”

The idea of a car-“the cleaner” (alternative — car-“fan”) came to the technical Director “Brebemi” Gordon Murray on the background of the dominance of “Lotus” at the start of the season 1978. Rivals have missed the next technological revolution from Colin Campana: “Lotus” was the first to adopt a ground-effect and began to crush opponents when they frantically studied the solutions of the car Lotus 79 and tried to apply them on their own vehicles.

“Brabham” could not quickly copy of the decision of the competitor: the problem was in the overall power plant from Alfa Romeo, which influenced the dimensions of the housing. Chapman was much easier to achieve the perfect body shape and all the necessary components thanks to the installation of compact “Cosworth” DFV.

To admit defeat and to prepare the car for the next season? Not so fast Murray to surrender is not wanted. And times to increase downforce due to ground effect, a La “Lotus” while it does not, the engineer and his colleagues came to the alternative solution…

The fan will help us

Still it is not known if Murray came to an unexpected idea or remembered about the unusual sports car Chaparral 2J. Its creators have hit the opponent, when mounted on the back of the car and the two fans that sucked the air from underneath, then the car seemed stuck to the asphalt. The same effect has decided to achieve and Murray.

However, there was a problem: the engineers “Brebemi” would violate the technical regulations of Formula 1, if admitted, that put a huge fan for the sake of aerodynamic advantages. Murray and company have designed the system so that formally, the fan serves the purpose of cooling the engine (it was allocated slightly more than 50 % of capacity). But the fact that the remaining interest is “suddenly” increase the speed of — well, not exact, just lucky!

“Brabham” in the process of creating machine consulted with the FIA to make sure that the car is legal. However, cost rivals to see at the Grand Prix of Sweden two new BT46B, fell as demands to ban the technique. The Federation, however, confirmed that the machines are built according to the rules. 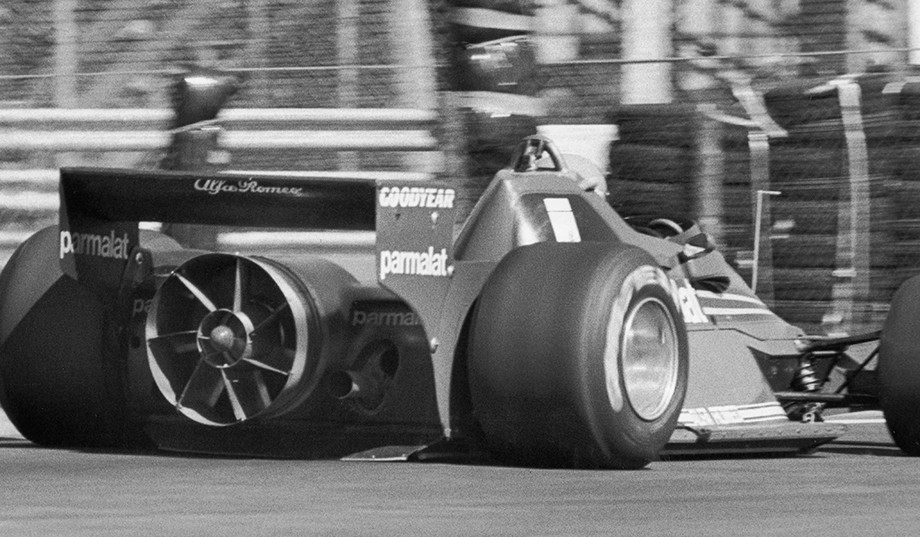 Too fast even with full tanks!

Racers “Brebemi” Niki Lauda and John Watson quickly appreciated the potential of new products. He was so serious that “Brebemi” decided absolutely not to piss off the opponents and sent riders in the qualifying round with full fuel tanks and hard tyres. In recognition of Lauda, he literally tried to conquer the pole posishun. It was not easy: the harder you spin the motor, the more powerful the fan was working and the more effective was the machine! In the end, Watson and Lauda took second and third place behind Andretti.

Mario, by the way, most of all complained about the new competitors: “It’s like a hell of a lot cleaner! He throws you dirt and debris at great speed!”

In the race, Watson came on the 19th lap after departure, and Lauda half of the race was driving behind Andretti, before you get ahead of him and sped away to victory. Then he wrote to the Austrian, he and on race day, sought to squeeze out of the car everything not to show how much she allows to dominate.

After the finish in Sweden the debate about car continued. Opponents still believed that the BT46B is absolutely illegal, the “Brebemi” was the arguments… the Confrontation could come to court, but then politics intervened. “Braveman” at that time was owned by Bernie Ecclestone, who also headed the fledgling Association of constructors of Formula 1. To quarrel with colleagues, and to lose power Bernie didn’t want and he went to the world, refusing to further use the product. Here is the political betrayal…

However, Ecclestone has tried to negotiate about the participation of the car in two-three Grand Prix, but in the end conceded defeat to fury Murray, who was hoping for a much more long-lasting dominance of your own creation.

On the other — a little less conspiratorial version of competitors did agree to watch “the cleaner” three races, but then in the case entered the FIA and evil tradition, reconsidered its own decision, acknowledging the car is illegal — but while retaining Laudau first place in Sweden.

Anyway, BT46B rapidly retired, but still continues to delight all fans of Formula 1 and those who are only acquainted with the history of the world Cup, and anyone who stumbles into the Internet or a book on photography had a friend car is”cleaner”. The car, which forever will retain the record for the absolute indicator of wins in f-1.